Lots of "Easter eggs" are scattered inside the ride, but only one of them probably wants to be left alone. 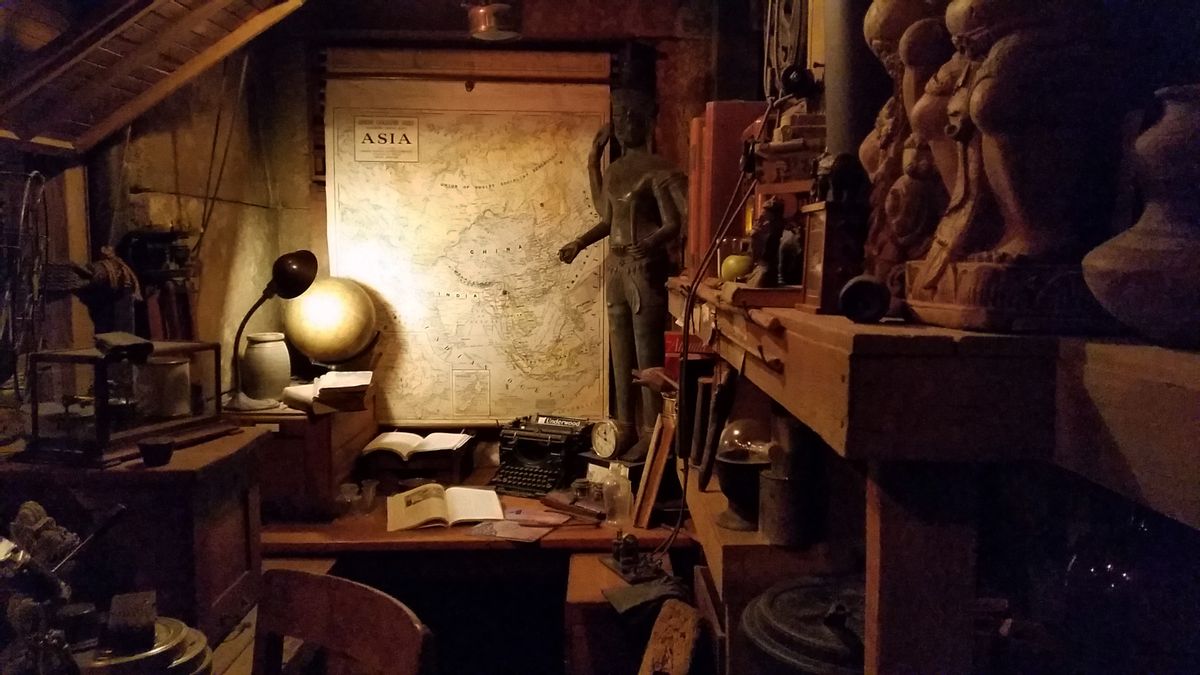 Claim:
Eeyore, the lovable but sad Winnie the Pooh character, can be found in Disneyland's Indiana Jones Adventure ride.
Rating:

The Indiana Jones Adventure ride first opened to the public in 1995 in the Disneyland Park in Anaheim, California. The ride included elements from the "Indiana Jones" films, such as the giant rolling boulder from "Raiders of the Lost Ark," plus familiar tunes from all three 1980s movies, including "Temple of Doom" and "The Last Crusade."

In order to accommodate the ride's long line queue and indoor building, Disneyland Park expanded into the area of one of its old parking lots. The website Yesterland published photographs of the parking lot, including a map showing the named sections so drivers could remember where they parked.

One of the former parking lot sections was named for Eeyore, the sad "Winnie the Pooh" character who's known for saying: "Thanks for noticing me." The Eeyore parking lot section was located west of the entrance gates to the theme park, where part of Indiana Jones Adventure was constructed.

One part of the line queue for the ride zig-zags through a projection room, which includes Indy's office, pictured at the top of this story. The Disney Parks Blog wrote about so-called "Easter eggs" (hidden objects) found in the office, including a nod to Club Obi Wan. While Obi Wan was a "Star Wars" character's name, it was also the name of the night club depicted in the opening sequence of "Indiana Jones and the Temple of Doom."

One Easter egg not covered by some Disneyland Easter egg lists, but still well known by Disney theme park fanatics: the blue Eeyore parking sign hidden inside the line queue for the Indiana Jones Adventure ride.

The photograph above was shot by Flickr user briberry. The Disney Parks Blog said:

"Once you enter the Temple of the Forbidden Eye and reach the Projection Room, turn behind you and look up. Next to the projector, you'll be able to faintly see a sign from the now-defunct Eeyore parking lot. The space that is now Indiana Jones Adventure was once home to the Eeyore parking section of the Disneyland parking lot!"

Flickr user Tom Simpson catalogued photographs of the old blue signs, including ones for Winnie the Pooh and Pinocchio. Also found on Flickr were parking tickets, one from 1981 that showed the parking lot not labeled by character names, and a ticket for parking lot areas with character names.

One of the more popular videos for the secrets in the Indiana Jones Adventure ride provided a view of the Eeyore sign, beginning at the 8:09 mark:

In the past, a Disneyland cast member was often situated near Indy's office in the projection room and sometimes would point a flashlight to show the Eeyore parking sign hidden above in the darkness. While it's just a sign and doesn't move like an animatronic, it's likely that Eeyore wants to be left alone — but would thank you for noticing him.