A look back at some of the most important, egregious, and iconic episodes of COVID politics from both websites. 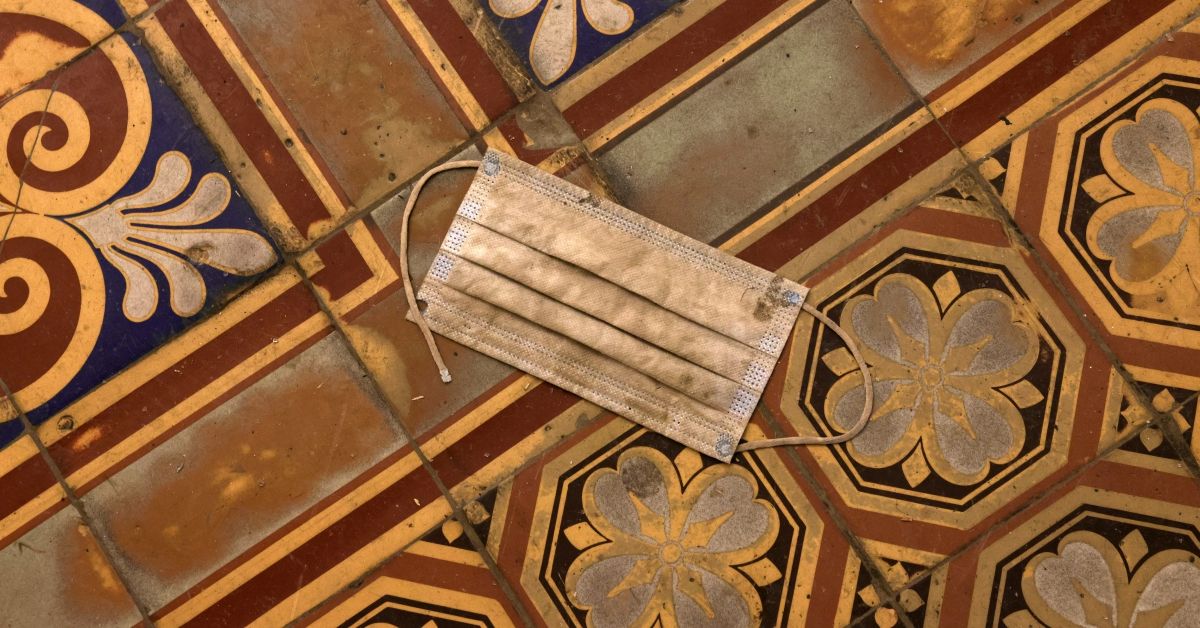 For more than two years, American political leaders grappled in public with the unique set of dilemmas and controversies brought about by a once-in-a-century pandemic, all while a highly consequential presidential election campaign — and then its disputed aftermath — played out around them.

On Snopes, we tracked a seemingly endless procession of false claims and baseless rumors about the science of COVID-19 and its spread and, more recently, the vaccines against it. In the political sphere especially, we tackled a wide variety of misinformation and, significantly, verified some uncomfortable rumors for several prominent politicians.

The folks at OnTheIssues, meanwhile, kept an eagle eye over the COVID-themed pronouncements, votes, and motions of office-holders and candidates across the country. Two full years' worth of outbursts, promises, allegations, and legislation can be found in the site's archive.

Now, to mark two years since the emergence of COVID-19 as a major political and policy issue in the United States, we take a look back at some of the most important, most egregious, or most iconic episodes of COVID politics, as seen on both websites, since the beginning of February, 2020.

'A Slap in the Face': Rule-Makers, Rule-Breakers U.S. Speaker of the House Nancy Pelosi (D-CA) looks on before speaking during a Day of Action For the Children event at Mission Education Center Elementary School on September 02, 2020 in San Francisco, California. (Photo by Justin Sullivan/Getty Images)

One of the major species of political invective around COVID has had to do with lockdown restrictions and allegations of hypocrisy and double standards by a variety of political leaders, from both main parties.

Back in August 2020, around six months into the pandemic, came the Pelosi salon mini-scandal — in which Democratic House Speaker Nancy Pelosi was accurately accused of having visited a San Francisco hair salon that was, under local regulations, supposed to be closed at the time.

The salon owner went public, sharing grainy, dramatic security camera footage of Pelosi, momentarily mask-less, walking across the floor of the establishment. The Trump White House and Fox News seized upon the story, and Pelosi was invited to apologize. She did not, instead suggesting it was she who was owed an apology by the salon owner, whom she accused of perpetrating a politically motivated "setup."

When Michigan Gov. Gretchen Whitmer was caught violating her own regulations by sitting, mask-less, at a crowded table in an East Lansing bar, her response was rather different: "I am human. I made a mistake, and I apologize," she wrote.

However, more often, the cries of hypocrisy were unfounded — such as when bad-faith opponents of mask mandates shared a 9-year-old photo of U.S. representatives, all mask-less, and falsely presented it as being recent. Or when Democratic Congresswoman Pramila Jayapal was targeted for "going mask-less" in the House, when in fact, amid the chaos and uncertainty of the Jan. 6, 2021, attack on the U.S. Capitol, she had been instructed to put on a gas mask.

On lockdowns and restrictions, OnTheIssues preserved this totemic moment, which crystallizes the occasionally yawning cultural gap between the approaches of various governors and state legislatures, throughout the country. In Florida, perhaps more than anywhere else, this approach has become intertwined with the state's identity, and has turned Gov. Ron DeSantis into a serious option for grassroots Republican primary voters looking beyond former President Donald Trump for their 2024 presidential candidate. Here he is, in March 2021, declaring:

'The Ones Who Don't Take Their Vaccine'

The second major headline-grabbing political controversy of the COVID era has revolved around vaccines: Which politicians have taken them? Who supports mandates enforcing them among certain workers? Which politicians have cast doubt on their safety? And who has enthusiastically encouraged their constituents to get vaccinated?

In recent weeks, for example, OnTheIssues has been tracking the progress of House Resolution 6304, the Stop Federal Vaccine Mandates for Employees Act — a GOP-backed bill which, as you may have surmised, is intended to stop the Biden administration from enforcing a vaccination mandate on federal employees.

The bill, sponsored in the House by U.S. Rep. Vicky Hartzler, R-Missouri, states that: "No...emergency standard...may require any drug...or vaccine or other biological product...to be administered to any employee."

Since the emergence of the vaccines in late 2020, the personal vaccination status of high-profile public figures, and politicians in particular, has been the subject of intense scrutiny. In December 2020, for example, Snopes debunked false allegations that Pelosi had faked her own COVID-19 vaccination. And in August 2021, we addressed equally false claims that vaccine skeptic U.S. Sen. Rand Paul, R-Kentucky, had received a real COVID-19 vaccination.

Just as, in November 2021, we debunked rumors that California Gov. Gavin Newsom had been debilitated by vaccine injury after receiving his booster shot.

While vaccine enthusiasm and hesitancy has split along markedly partisan lines — with Democrats much more likely to be vaccinated than Republicans — one somewhat surprising supporter of COVID-19 vaccination has been Trump himself.

In December 2021, he clashed with right-wing commentator Candace Owens over the efficacy and safety of vaccinations, insisting, "The ones that get very sick and go to the hospital are the ones who don't take their vaccine." Earlier that month, as preserved by OnTheIssues, Trump was booed by his own supporters in Dallas, when he again touted COVID vaccination, and declared that he himself had received a booster shot:

Face Masks and the Final Solution

Finally, perhaps the most egregious episode of COVID politics played out back in the spring of 2021. As businesses and public amenities throughout the country dealt with a constantly evolving set of local, state, and federal rules about social distancing, vaccine requirements, and mask mandates, the U.S. Capitol, like other workplaces, did the same.

As part of that process, House members were obliged to wear face masks on the floor of the chamber and at one point, Pelosi suggested that a time might come when representatives who refused to be vaccinated would be forced to sit in a separate gallery, for the protection of others.

It's the same delicate question faced by employers and regulators throughout the world over the past two years, and requires the careful balancing of competing rights in a calm and even-handed way that defuses tensions. For controversial freshman Republican Congresswoman Marjorie Taylor Greene, though, it was as bad as the Holocaust.

"This woman is mentally ill," she said of Pelosi. "You know, we can look back on a time in history where people were told to wear a gold star and they were definitely treated like second-class citizens. So much so that they were put in trains and taken to gas chambers in Nazi Germany. And this is exactly the type of abuse that Nancy Pelosi is talking about…"

As Snopes reported at the time:

Taylor Greene did not say that House rules on mask-wearing "had echoes of" the persecution and mass murder of millions of Jews. She did not say that proposals to force unvaccinated and maskless members to use physically separate facilities to exercise their duties "followed the same underlying principles as" the Holocaust, nor that they were a "microcosm" or "less extreme version" of that unprecedented atrocity.

She explicitly and specifically stated that the marginalization, dehumanization, and mass execution of millions of Jews and other minority groups was "exactly the type of abuse" seen in House COVID-19 mitigation rules, and Pelosi's views on them. She therefore unambiguously likened the House rules, and Pelosi's remarks, to the worst atrocities of the Holocaust.