The envelope contained nothing more than notes to Ford from women outside the hearing room, Jackson Lee's office said. 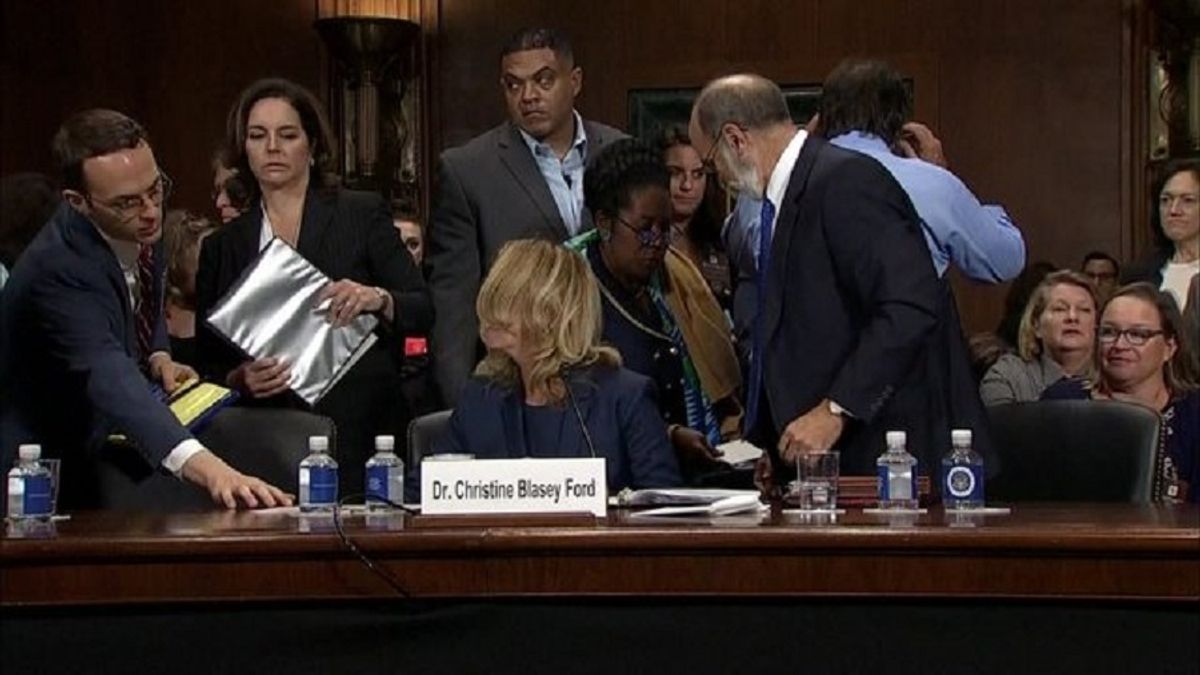 During emotional, hours-long testimonies on 27 September 2018, Ford described to the Senate Judiciary Committee details of her accusation that Kavanaugh attempted to rape her during a party when the two were in high school in Maryland, leaving psychological scars. When it came Kavanaugh's turn, the circuit judge adamantly denied any allegations of sexual misconduct that had been raised in the prior week. Although Kavanaugh's confirmation process been controversial they took a turn for chaotic after three women including Ford accused him of sexual abuse during his high school and college years.

Proceedings have also taken a turn towards the conspiratorial, with Kavanaugh's supporters claiming the women accusing him are part of a left wing plot to discredit him (and Kavanaugh himself said as much during his opening statements).

Ford has been falsely linked with billionaire philanthropist George Soros and 2016 Democratic presidential candidate Hillary Clinton, the subjects of many a right-wing conspiracy theory. So it should come as no surprise that many automatically assumed the envelope Jackson Lee handed to Ford's lawyers contained money from Soros, for example: The paranoid fixation with the contents of the envelope was no doubt ginned up by right-wing commentators who are hardly shy about letting their followers use their imaginations to fill in the blanks left by their vague statements. "I’m going to need someone to explain this to me, because it’s basically the shadiest thing in the history of ever," opined the Chicks on the Right, while others intoned that the envelope merited the attention of federal investigators:

The FBI is rumored to be investigating what was in the package Sheila Jackson Lee surreptitiously slipped Mrs. Ford's lawyer, Michael Bromich, after her furtive glances. If you have any tips you'd like the FBI to consider, please share them anonymously by reply to this message. pic.twitter.com/LXit96Ambu