In March 2018, Facebook changed their policies regarding branded content, leaving many publishers — but not all of them — scrambling. 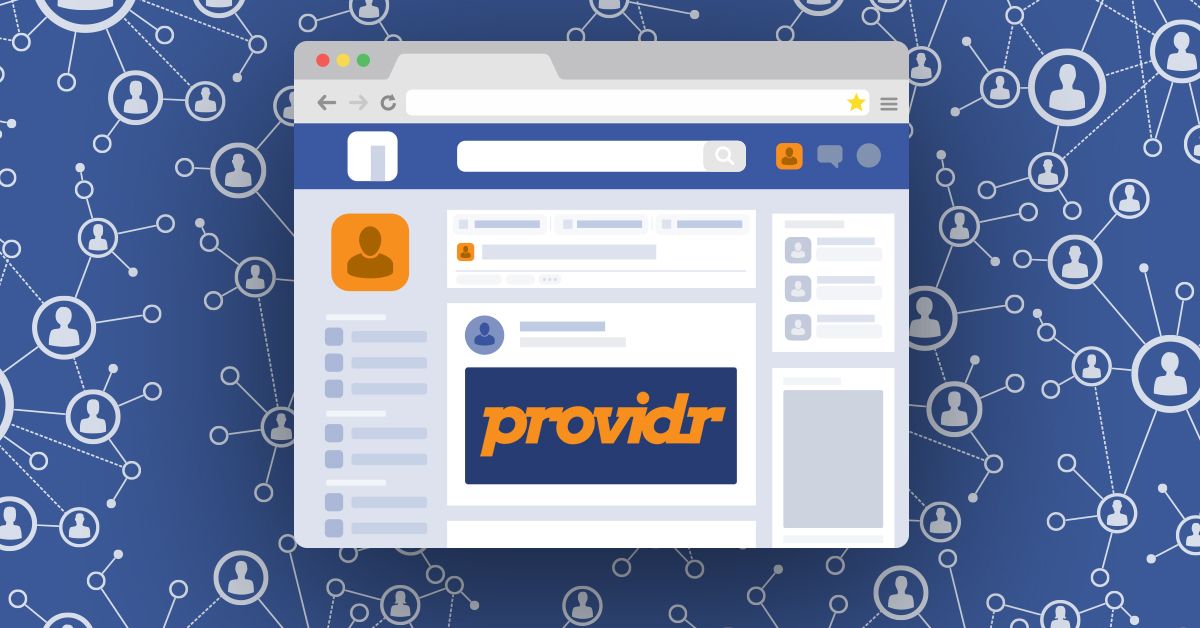 This story is part of our ongoing series "Misinfluencers, Inc." For earlier work on this topic, check out our September 2017 post.

Here we dive into the digital media firm Providr, a company like many others that creates “engaging” content for Facebook pages with a high number of followers. Providr rewards those influencers with direct financial incentives, often a cut of the advertising revenue derived from viewers attracted by those Facebook pages. These "influencer" posts do not appear to be obviously different than others and are not disclosed as paid or branded content, possibly in violation of Facebook’s terms of service.

Providr bills themselves as a digital media company which "works with hundreds of Facebook publishers to provide them with exceptionally high quality content that their audiences love." Providr's content, which is designed for maximum Facebook engagement (often at the expense of accuracy or sourcing) "helps publishers improve and drive the overall engagement on their Facebook pages," the company claims.

Providr has been steadily growing in reach since the company's founding. Currently, they boast 80 million unique monthly visitors to their site and 250 million page views each month, and celebrities ranging from Cheech and Chong to DMX frequently share their material. Providr's posts also appear on numerous other "influencer" and publisher pages, and they are an increasingly prevalent source of questionable information and debunkable stories which appear in Facebook users' newsfeeds.

Providr’s business model is simple and on its surface may seem relatively harmless, but it is part of a growing and largely unregulated industry in which influence is traded for advertising revenue. The system works by recruiting people with access to Facebook accounts which have hundreds of thousands of followers and offering them compensation, typically a percentage of the advertising revenues generated from the traffic driven by those popular Facebook pages. The influencers receive easy, passive income, and if things go well, even more followers. (Qualifying to be a Providr "partner" requires a minimum of 250,000 followers.)

Prior to March 2018 this influencer approach was a rapidly growing market, with publishers building entire business models around the concept of paying high-profile Facebook pages for traffic and views. On 25 January 2018, however, Facebook announced that they would be changing their rules regarding branded content, stipulating that Facebook page owners could no longer "accept anything of value to post content that you did not create or were not involved in the creation of, or that does not feature you," as reported by DigiDay:

Facebook’s guidelines are designed to limit the practice of Facebook pages sharing links to third-party websites in exchange for money. The practice, which for celebrities including George Takei has become an open secret as well as a major source of revenue, started boosting traffic for sites including Elite Daily and ViralNova several years ago. Other celebrities that distribute content for pay include Lil’ Wayne and Marlon Wayans.

Providr's web site states that they produce content which is "100% Facebook compliant." However, compliance currently seems to be in the eye of the beholder: The company has programmed their pages to create the appearance of compliance by making it look as if the person sharing an article co-wrote it. Currently, at least, that technique seems to be working for them.

Many of Providr’s pages display bylines from whichever influencer in their network shared a particular piece of content, even though the person receiving compensation for sharing that page neither "created" nor was "involved in the creation of" it, as Facebook's rules now stipulate. The idea, according to Providr's chief executive officer Gary Lipovetsky (as quoted in DigiDay), is that adding a paragraph of text tied to the person sharing the page keeps the process in compliance with Facebook's rules, because the page "features" the influencer and heavily implies shared authorship:

Some publishers believe they've identified workarounds for the new rules. Gary Lipovetsky, the CEO of Providr, a Canadian publisher that creates content then distributes it using a network of hundreds of influencers’ Facebook pages, including those belonging to Marlon Wayans and Lil' Wayne, said in a post that he believes that if an influencer adds a paragraph-length description or caption to the post, it satisfies Facebook’s requirements. To further insulate itself against the changes, Providr is also building software that will add page owners’ names to the content it distributes on Facebook.

An illustration of this technique can be found in a 9 May 2018 article written by Providr staff writer Brandon Marji, titled "Mother Claims That These Makeup Removing Wipes Caused Skin Reaction." To Facebook users who click the link to this article from a non-influencer page, or happen across it by browsing the Providr website, the byline displays only Marji's name:

However, users who click on a link to that article from the Facebook page of popular science personality SciBabe see both Marji and SciBabe in the byline:

In some cases this same article has been presented by Providr as to which a Facebook influencer named "The Unluckiest British Bloke Ever" was a "contributor," and in other instances with UFC Octagon Girl Red Dela Cruz taking that role.

Additionally, we were able to manipulate posts to display pretty much anyone in the Providr network as a "contributor" to that same article, potentially creating a security problem for other influencers who could have unwanted posts attributed to them maliciously. Here are some other examples we generated: We reached out to SciBabe (whose real name is Yvette d'Entremont) to ask if she received compensation for sharing that page and if she had contributed anything to its writing, as implied by the byline. In response, she told us that she did have an financial arrangement with Providr but was unaware that Providr had been suggesting she contributed to the article in any way.

"I'm not the author, and I have never written anything for Providr. I’m unsure of why I was listed as a contributor,” she said via e-mail:

Listing me as a contributor is not something I believed that I signed on for, and if they won't take my faux-byline down, I'm going to reconsider partnering with them. Even if they're articles I think my audience would enjoy, I'm a little horrified if I accidentally gave the impression that I had input into the articles, and I feel strongly this is an unethical way to try to give content more validity. I'm pretty careful about the content I share as many of their articles tend to, phrasing delicately, have a severe lack of science.

D'Entremont's critique of Providr's science content is not unfounded. We have previously debunked questionable claims that Providr has propagated or helped to amplify, including exaggerated statements about the efficacy of marijuana for treating Crohn's disease, and a supposed increased risk of heart attack associated with NSAID pain relievers.

The Crohn's disease post, like the article about makeup remover, has been presented with differing bylines depending upon its source. The story has been offered, for example, as one to which radio personality Michael Baisden or "Brand Ambassador for Texas Inked Magazine" Veronica Gomez contributed, to name a few. The NSAID post, similarly, could be interpreted as having been co-authored by apparent renaissance man Michael Baisden, by comedian Catfish Cooley, or by rapper Lil Wayne.

The content we have encountered from Providr rarely provides links to original sources, is often based on dated material which was copied and reframed as "news," and is seemingly developed not to provide genuine health advice but to generate “engagement” on Facebook pages.

We reached out to Facebook to ask if they were aware of Providr's practices and if, in their view, those practices violated Facebook's current branded content policies. A spokesperson for the company told us that falsely listing a Facebook page owner as a contributor to an article in order to circumvent required identification of branded content would be a violation of their policies. Facebook pages in violation of those policies, the spokesperson said, could result in reduced distribution of their content and, potentially, a loss of access to monetization features entirely.

Providr did not respond to our multiple requests for comment, but in February 2018 Providr CEO Gary Lipovetsky suggested that the success of the company's business model will depend on how aggressively Facebook enforces their own rules: “It all comes down to enforcement,” he said. “How is Facebook supposed to know if George Takei posted something because he liked it or if he posted it because he got paid?”

For the moment, that question has no clear answer.

Have you discovered something that appears to be ruining the Internet? Let us know at misinfluencers@snopes.com.