Will Taking Ibuprofen or Other NSAIDs Increase Your Risk of Heart Attack or Stroke?

Non-aspirin NSAIDs are associated with an increased risk of heart attack and stroke, but that risk is not equal for all NSAIDs or doses. 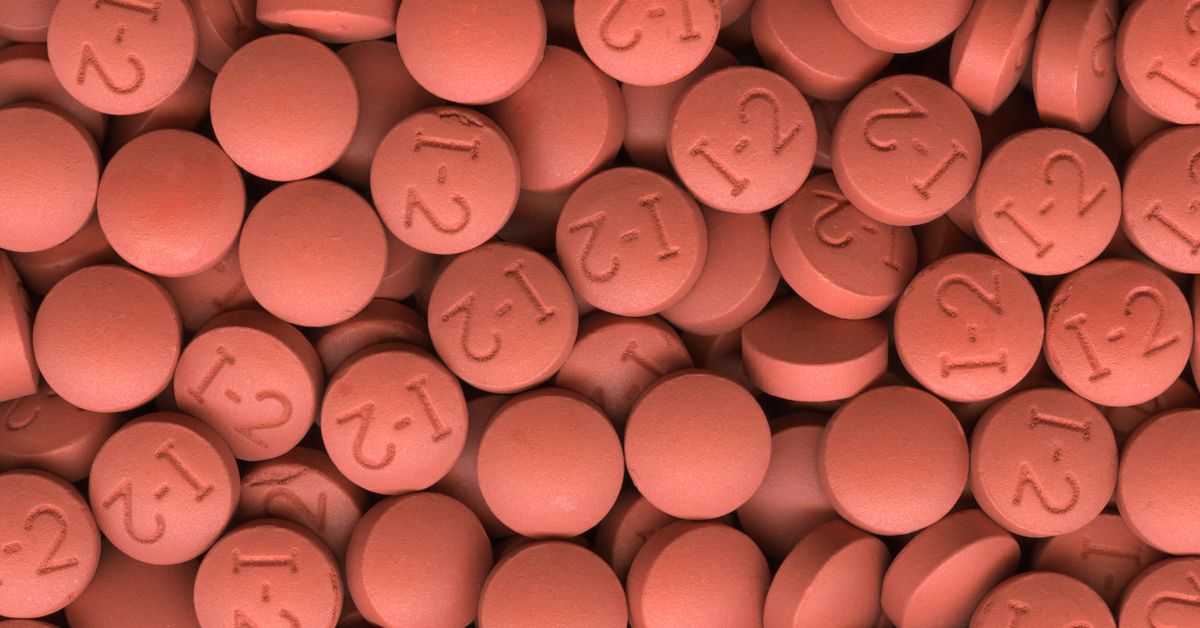 Since the early 2000s, a large body of scientific research has demonstrated an association between the use of non-steroidal anti-inflammatory drugs (NSAIDs) and an increased risk of cardiovascular events, specifically heart attacks and strokes. NSAIDs, which include common over-the-counter drugs such as Ibuprofen and Aleve, as well as prescription drugs such as Celebrex, work by blocking the activity of what are known as cyclooxygenase enzymes (referred to by researchers as COX-1 and COX-2). Those enzymes are involved in myriad processes including multiple functions related to inflammation or blood clotting.

Historically, scientists had considered the most serious adverse effect from NSAIDs to be an increased risk of gastrointestinal issues such as stomach bleeding, a problem caused primarily by the inhibition of the COX-1 version of the enzyme. As a result, efforts were undertaken to create NSAID painkillers that blocked COX-2 but left COX-1 unaffected, products termed selective COX-2 inhibitors. It was this subset of NSAIDs that provided the first suggestion of a link between NSAIDs and adverse cardiovascular events.

In a 2001 paper published in the Journal of the American Medical Association, researchers first raised “a cautionary flag” about the possible connection between two examples of those more targeted NSAID drugs (the prescription drugs Celebrex and Vioxx) and cardiovascular events. Following those (and other) results, the pharmaceutical company Merck pulled Vioxx off the market worldwide in September 2004.

In 2005, the Food and Drug administration issued their first statement of concern about the connection between NSAIDs and risk of cardiovascular events. In that statement, the FDA required a new box warning for selected prescription COX-2 inhibitors, but they also asked manufacturers of regular, non-specific NSAIDs to revise their labeling as well, despite uncertainty at the time about the warning's relevance to all painkillers in the NSAID class. Manufacturers were asked to "Provide more specific information about the potential [Cardiovascular] and [Gastrointestinal] risks of their individual products and remind patients of the limited dose and duration of treatment of these products in accordance with the package instructions."

Since that announcement, a great deal of work has gone into figuring out how significant these health risks are, and how generally they apply to all NSAIDs (not just to the more targeted COX-2 inhibitors). Subsequent research has concluded that all NSAIDs likely come with some increased risk of cardiovascular events, though the risk of cardiovascular events from Naproxen (Aleve) has been more controversial, with some research suggesting no increased risk in that one brand of NSAID. In 2011, researchers published in BMJ a large review of all studies that compared cardiovascular risk between NSAIDs, concluding that:

Although uncertainty remains, little evidence exists to suggest that any of the investigated drugs are safe in cardiovascular terms. Naproxen seemed least harmful. Cardiovascular risk needs to be taken into account when prescribing any non-steroidal anti-inflammatory drug.

The primary cardiovascular conditions investigated were heart attacks and strokes. In July 2015, the FDA strengthened their label warning to reflect the growing consensus around these risks:

The U.S. Food and Drug Administration (FDA) is strengthening an existing label warning that non-aspirin nonsteroidal anti-inflammatory drugs (NSAIDs) increase the chance of a heart attack or stroke.

Based on our comprehensive review of new safety information, we are requiring updates to the drug labels of all prescription NSAIDs. As is the case with current prescription NSAID labels, the Drug Facts labels of over-the counter (OTC) non-aspirin NSAIDs already contain information on heart attack and stroke risk. We will also request updates to the OTC non-aspirin NSAID Drug Facts labels.

Since these warnings were issued, a variety of viral stories have sought to generate clicks by playing into the fears generated by labeling an exceedingly common drug as a cardiovascular risk. One of the most persistent examples is a story published by the viral website Providr in March 2017 with the scare-click inducing headline, “Doctors Urging People All Over the World to Stop Taking Ibuprofen Immediately, Here’s Why.”

The Providr article, which has been shared countless times including by the Facebook pages of celebrities such as Lil’ Wayne and Katt Williams, conflated the aforementioned 2015 FDA warning with a May 2016 study in BMJ, and through its headline falsely suggested that doctors were warning people (as a broad rule) not to take NSAID drugs such as Ibuprofen. The 2016 study Providr referenced did find an increased risk of cardiovascular events from all NSAIDs, and its most significant finding was that such a risk existed even with short-term use:

Current use of any NSAID (use in preceding 14 days) was found to be associated with a 19% increase of risk of hospital admission for heart failure [...] compared with past use of any NSAIDs (use >183 days in the past).

Although a great deal remains to be unraveled about the relationship between NSAIDs and cardiovascular events, a 2017 review on the topic summarized the broad, big-picture agreement on NSAIDs’ cardiovascular risk, as well as the major uncertainties that remain, as follows:

The results of both interventional and observational studies point towards the increased [cardiovascular] risk being a class effect of NSAIDs [something all NSAIDs do as a rule]. The level of risk displays a large variability between individual drugs in the group and seems to be affected by the baseline cardiovascular risk of patients, although [cardiovascular adverse reactions] can develop even in individuals without a pre-existing [cardiovascular] condition.

While there is an agreement on the existence of an association between NSAIDs and cardiovascular events, it is important to consider that the level of increased risk is generally considered modest from a numerical perspective, and that doctors — who, despite claims made by Providr, are not instructing patients to avoid NSAIDs as a rule — can work to limit that risk if an NSAID is required for treatment, according to a 2013 review in The Lancet: "Although NSAIDs increase vascular and gastrointestinal risks to a varying extent, our analyses indicate that the effects of different regimens in particular patients can be predicted, which could help in guiding decisions about the clinical management of inflammatory disorders."

Adverse effects must be weighed when using any drug. NSAIDs, which can increase one's risk of cardiovascular adverse events like heart attack or stroke, are no different.

Helin-Salmivaaara, A. et al.   “NSAID Use and the Risk of Hospitalization for First Myocardial Infarction in the General Population: A Nationwide Case-Control Study from Finland.”     European Heart Journal.   19 April 2006.