Can Vinegar on a Slice of Bread Remove Odors from a Garage?

This household cleaning trick assumes you don't mind the smell of vinegar. 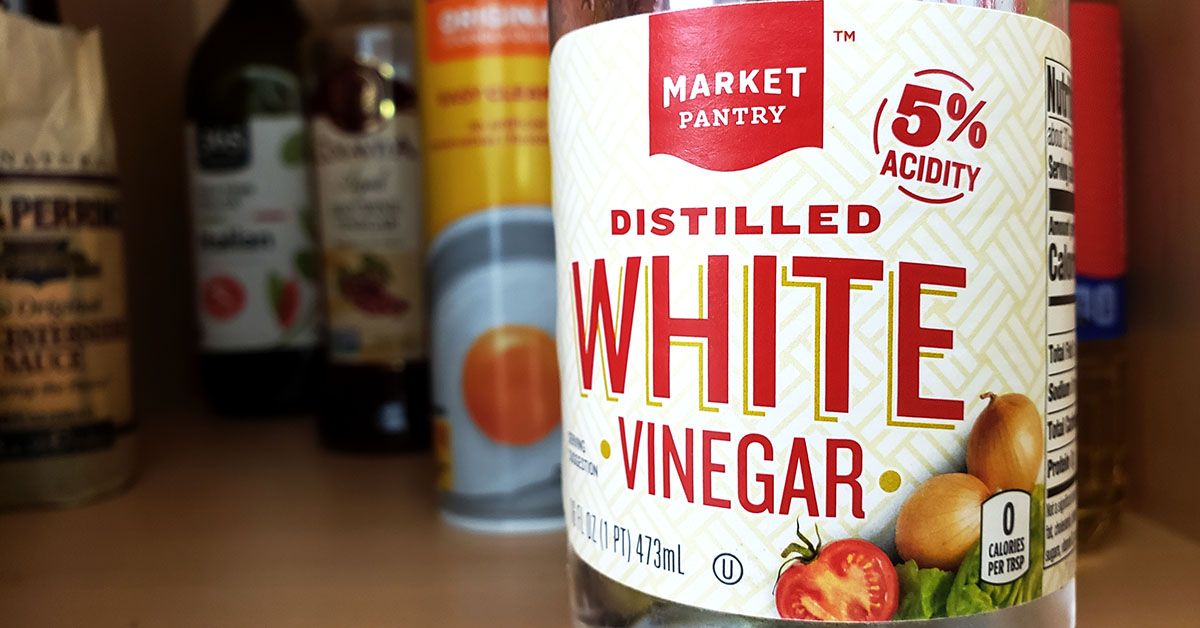 Claim:
Homeowners should soak a piece of bread in white vinegar and leave it in their garages.
Rating:

According to Good Housekeeping, vinegar is a useful household cleaning tool for getting rid of odors. A slice of bread can also be helpful for other tasks around the home.

Online advertisements promoting this household tip involving vinegar, bread, and a garage did not actually explain or mention such a tip in its resulting 92-page slideshow.

It's unclear if pouring vinegar on bread would help in a space as large as a garage. The website that published an advertisement about vinegar and bread may have meant to say "garbage" instead of garage.

Since at least November 2020, the wellness and healthy living website Gloriousa promoted the following advertisement across the internet: "Pour Vinegar On Bread And Leave It In Your Garage." A variation read: "[Pics] Put Vinegar On Bread And Leave It In Your Garage, Here's Why."

People who clicked the advertisements were lead to a slideshow with 92 slides, offering household tips such as using tennis balls under chair and table legs, substituting Kool-Aid powder as a dishwasher detergent, and deterring bugs with cinnamon. Ninety-two clicks later, readers were faced with the reality that none of the slides contained an explanation for why they should pour vinegar on bread and leave it in their garage. The advertisements were hosted by Taboola, a company that offers advertising space across a large chunk of the internet.

Despite the misleading advertisements, it appears that pouring vinegar on bread may have some helpful household use.

Author Linda Cobb wrote in her 2001 book, "The Queen of Clean: The Royal Guide to Spot and Stain Removal," that "smells in old trunks and drawers can be eliminated with a slice of white bread placed in a bowl and covered with white vinegar." She advised to "close the trunk or drawer for 24 hours, and when you remove the bread and vinegar the odor will be gone!"

While vinegar has long been considered to be helpful in cleaning homes, the role of the slice of bread is unclear. Good Housekeeping advised that bread can be good for absorbing spills, cleaning coffee grinders, lifting smudges off walls, picking up glass, and wiping dusty paintings. However, it did not mention the ability for white bread or any other kind of bread to remove odors.

Vinegar has other household uses, such as getting musty smells out of towels. Good Housekeeping wrote that it can be helpful in cleaning toilets, dishwashers, and washing machines. It can also aid in getting rid of kitchen smells, removing hard water stains from glass vases, wiping down the inside of refrigerators, and removing smells from a cat's litter box.

Vinegar has also long been thought to help rid a house of rodents. However, the San Francisco Chronicle noted that was among one of many myths:

Besides making your house smell like vinegar, this household liquid will do little if anything to deter a mouse. To keep mice out, you need to block their entrance holes. Inspect the area around the foundation of your house outdoors and along the baseboards or in cabinets or closets indoors for potential entrance holes. Even a dime-sized hole will fit a mouse.

Stuff steel wool or another metal into the hole, and seal it in with caulk. Check the holes periodically to see if the mice have chewed through the caulk, and replace it if necessary. Set traps of your choice to catch the mice already in your house. Keep food in plastic containers and vacuum crumbs to make your home less attractive to the mice.

We were unable to find any evidence that pouring vinegar on a slice of bread can help remove musty odors from a room as large as a garage. However, it's possible that the advertisements meant to say garbage, rather than garage. Good Housekeeping posted a recipe for cleaning trash cans, which included white vinegar.

Additionally, a viral video from Household Hacker with around 24 million views mentioned that bread and vinegar can remove odors in trash bins: