Viral scarelore posts about sex trafficking are not uncommon these days. 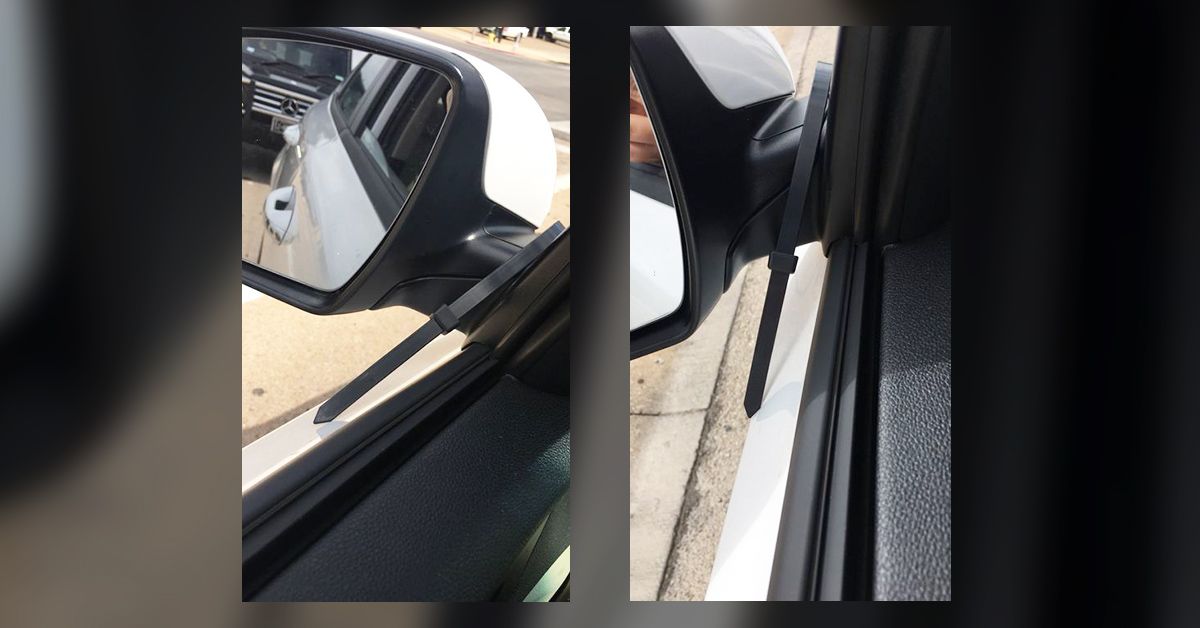 Claim:
Sex traffickers are leaving zip ties on the cars, homes and mailboxes of potential targets of the crime.
Rating:

Human trafficking affects millions of people worldwide, but it's also the frequent subject of viral scarelore — fictional tales intended to frighten audiences, often prompting them to share without questioning the story.

One such story went viral in October 2018 and again in late July 2019 when social media users shared a meme stating that human traffickers were leaving zip ties (in some posts, black in color) on homes, mailboxes, and cars, of potential female victims to either mark them as targets or distract and abduct them for sex-trafficking purposes when the women try to remove the ties.

The hoax initially centered on San Angelo, Texas, in October 2018 but police there quickly debunked it. The Twitter user's handle has been cropped out for privacy in this example:

Additionally, police reported that one of the women who made the original social media post had simply "copied and pasted the photograph and warning as a means to alert women about human trafficking." But that didn't stop the hoax from continuing to spread without a reference to location: Hoaxes purporting to warn about seemingly benign tactics of "sex traffickers" to abduct women and children are increasingly common and often go viral, as in this case. This particular hoax also makes no sense, given modern technology. There's no reason purported traffickers, working in teams, would need to use zip ties or any other item as a marker for a potential victim, considering if traffickers were working in teams, they could easily identify the victim's location by communicating via cellphone.

That's not to say human trafficking isn't a serious concern. Globally, an estimated 40 million people have been trafficked for what's been called "modern slavery" as of 2016.

In response to the above hoax, San Angelo police reminded citizens to "not spread rumors or unverified information through social media networks" because doing so "misrepresents dangers, warning signs and risks associated with sex trafficking." Police instead encouraged people to seek legitimate information from experts on the issue, like Shared Hope International.

"Although the recent claims proved to be a hoax," the police statement said, "we want our citizens to remain aware of their surroundings at all times and if anyone is uncomfortable or in fear at any time, they should call 911 and report the situation."

International Labor Organization. "40 Million in Modern Slavery and 152 Million in Child Labour Around the World."   19 September 2017.