The Ukrainian president became something of a cult figure during Russia's invasion of his country in the spring of 2022. 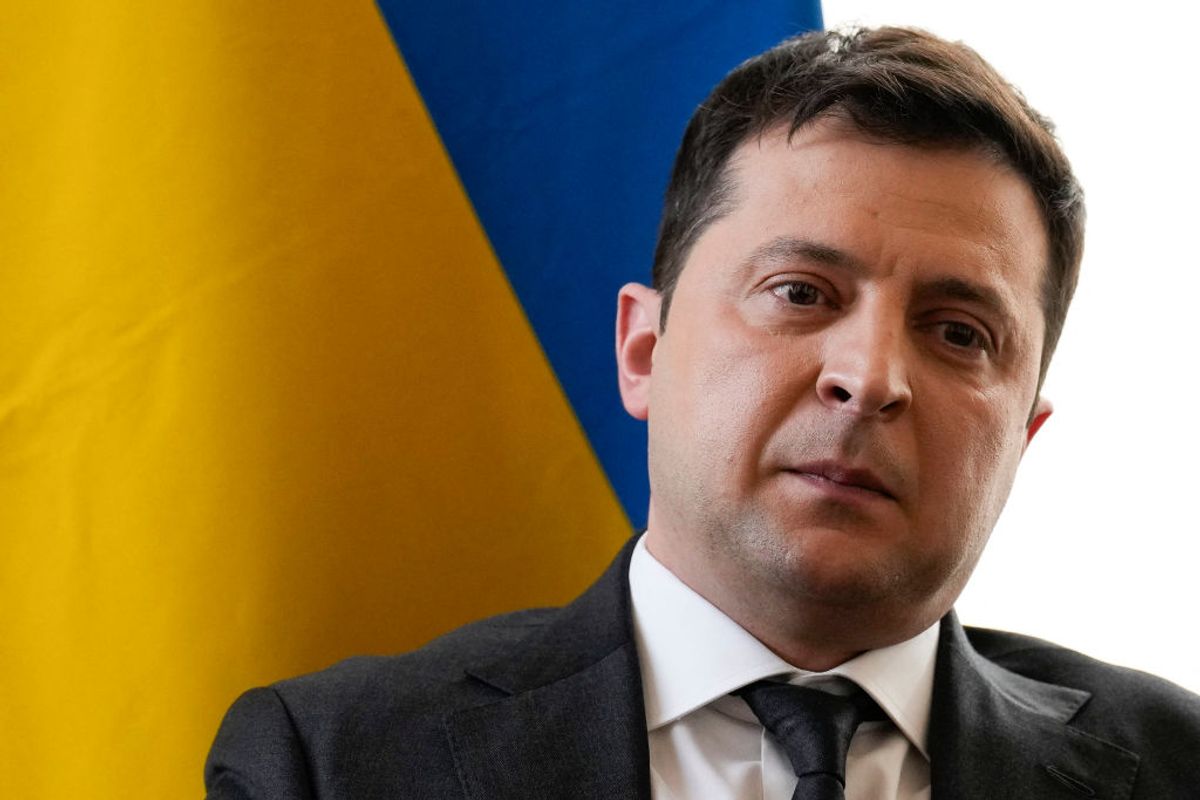 Ukrainian President Volodymyr Zelenskyy became something of a cult figure during Russia's invasion of his country in the spring of 2022. Many North American and European observers, in particular, found his daily speeches stirring, and marveled at his previous career as an actor and entertainer.

However, a video shared widely in March 2022 did not, in fact, show Zelenskyy performing John Lennon's "Imagine." Our rating is "Miscaptioned."

On March 19, the video was posted to YouTube, Twitter and Facebook by Radio Salento, a radio station based in the southern Italian province of Brindisi. On YouTube, the title of the video was "ZELENSKY [sic] Volodymyr una cover di John Lennon — imagine" and a caption embedded in the video itself read: "Imagine — J. Lenon [sic] — Cover di Zelensky [sic] Volodymyr": The YouTube video was widely shared on social media and had close to 1 million views within 10 days.

Although the performer shown in the video did bear a passing resemblance to Zelenskyy, it was not him, but rather Alejandro Manzano — lead singer of the Florida covers band Boyce Avenue. The original video was in fact posted to Boyce Avenue's YouTube channel in 2017, and can be viewed below:

Earlier in March, another hoax falsely claimed to show Zelenskyy and his wife, Ukrainian first lady Olena Zelenska, performing a duet of Lionel Richie's "Endless Love." As we explained at the time, the video actually showed Manzano and the English singer Connie Talbot.

Due to the slight resemblance between the two men, it's unfortunately likely that future "singing Zelenskyy" hoaxes will emerge against the backdrop of the death and devastation caused by Russia's invasion of Ukraine.

Previous Article
Next Article
Article 9 of 13 in Collection