Volodymyr Zelenskyy truly had a successful entertainment career before becoming president of Ukraine. 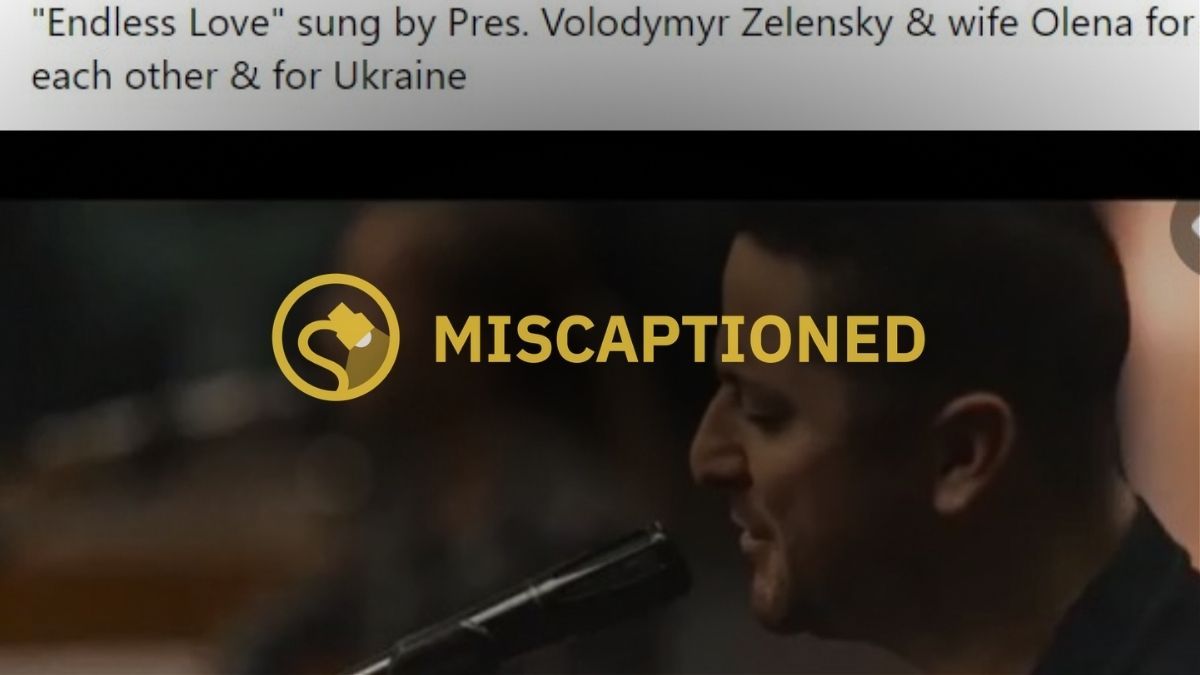 This video (which can be viewed below) does not feature the first family of Ukraine. While the singer may bear some resemblance to the Ukrainian president, neither Zelenskyy nor his wife are featured in the footage.

While Zelenskky can't be seen singing "Endless Love" with his wife in this video, he truly had a successful entertainment career before becoming president of Ukraine. Zelenskyy won Ukraine's "Dancing with the Stars," voiced Paddington in the Ukrainian versions of the films "Paddington" and "Paddington 2," and starred in a satirical show called "Servant of the People" about a teacher who suddenly becomes president of Ukraine.

You can read more about Zelenskyy's life and career here.

Previous Article
Next Article
Article 8 of 13 in Collection