Could Xylitol — AKA 'Birch Sugar' — Kill Dogs That Eat It?

Not all dog owners recognize potentially dangerous Xylitol when it is listed under other names. 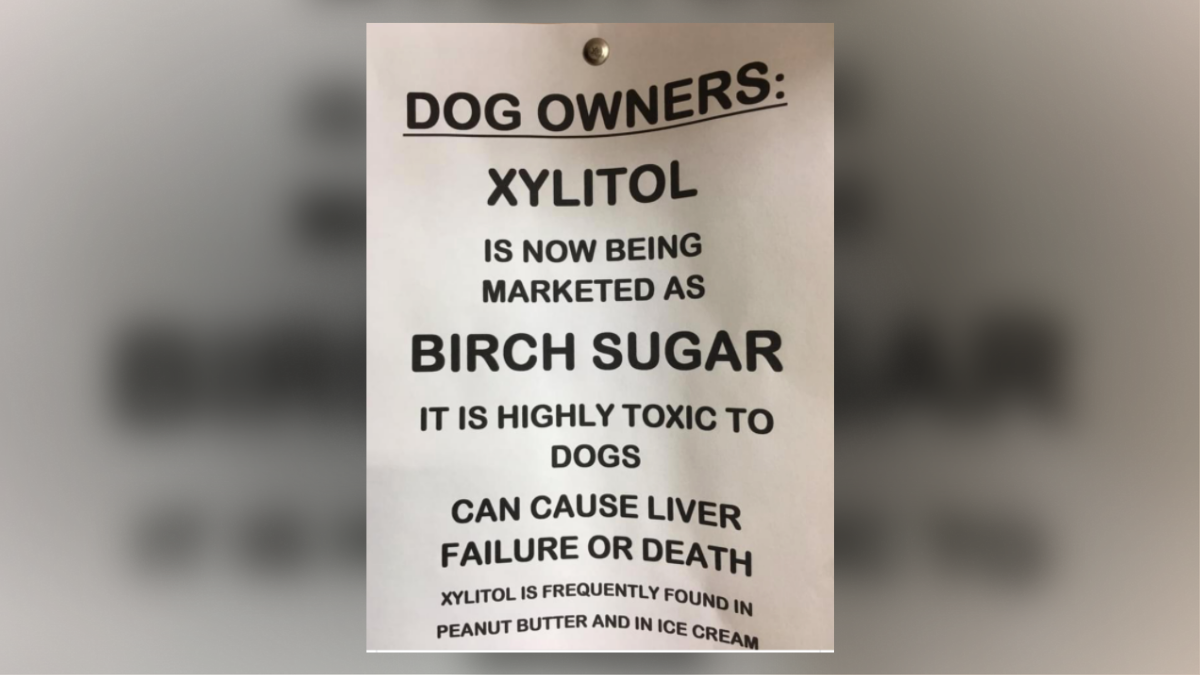 Claim:
The sugar substitute xylitol, also known as “birch sugar,” found in some human foods and dental products can be poisonous to dogs.
Rating:

The sugar substitute xylitol, also known as “birch” or “wood” sugar, is found in some human foods and dental products that can be poisonous — and even deadly — to dogs.

The above claim began circulating on social media in early September 2021 when Snopes readers sent our team screengrabs of the below meme: And it’s true. In a public service announcement published July 7, 2021, the U.S. Food and Drug Administration (FDA) warned that xylitol, which is a class of sweetener known as sugar alcohol, can be dangerous to dogs that inadvertently eat products containing the sugar substitute — and in some cases, consumption can prove deadly.

Xylitol is most commonly found in sugarless gum, and because it is low in calories, it is also often used to sweeten sugar-free candy and dental products.

Martine Hartogensis, a veterinarian at the FDA, noted in the announcement that over the past several years, the agency’s Center for Veterinarian Medicine has received several reports of dogs being poisoned by xylitol, with many cases involving chewing gum. A more recent report was related to “skinny” (sugar-free) gum.

Other products that may contain xylitol include:

“This rapid release of insulin may result in a rapid and profound decrease in the level of blood sugar (hypoglycemia), an effect that can occur within 10 to 60 minutes of eating the xylitol. Untreated, this hypoglycemia can quickly be life-threatening,” noted the FDA.

Like dogs, ferrets are known to develop low blood sugar and seizures after eating foods that contain xylitol. Cats on the other hand do not appear to be affected in large part because they don’t often have an appetite for sweets.

Symptoms of xylitol poisoning include vomiting followed by decreased activity, weakness, staggering, incoordination, collapse, and seizure. Experts recommend contacting a veterinarian, emergency clinic, or an animal poison control center if a dog appears to have eaten a product that contains xylitol. Symptoms may not develop until between 12 and 24 hours after consumption, and the animal may need to be monitored.

To prevent accidental ingestion, vets recommend keeping xylitol-containing products out of reach of dogs — especially those that like to sneak food off of the counters.

"Check the label for xylitol in the ingredients of products, especially ones that advertise as sugar-free or low sugar. If a product does contain xylitol, make sure your pet can't get to it,” said Hartogensis.

The FDA evaluates reports of safety issues. Report problems with human and pet foods and treats at the Safety Reporting Portal.