Is Xylitol Deadly to Dogs?

Xylitol, a sugar substitute used in sugar-free gum and other products, can be harmful to canines. 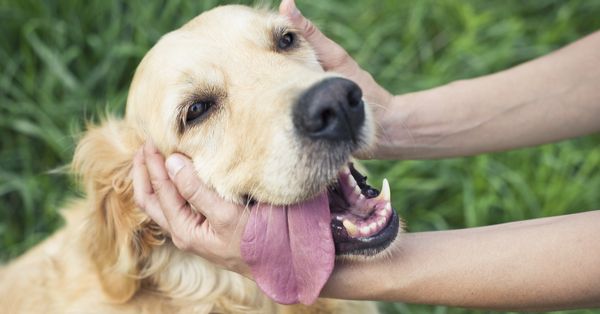 Claim:
Xylitol, a sugar substitute used in sugar-free gum and other products, can be harmful to dogs.
Rating:

In April 2015 news reports carried an account of a Wisconsin family whose 2-year-old golden retriever had died of severe liver damage after consuming gum containing the sweetener Xylitol:

Luna, a 2-year-old golden retriever, was put down by her owners after she ingesting Xylitol-laden gum. Luna had suffered severe liver damage.

"Luna had gotten into a container of gum, actually chewed it open herself," said Samantha Caress, 22. She, boyfriend Jordan Pellett ,22, and their son, Grady, 7 months, are devastated.

Caress and Pellett said the dog ingested the "Ice Breaker" Lemon-flavor gum while the couple was out of the home.

That tragedy echoed an example which first reached us in May 2007 and reminds us that Xylitol has been known to be potentially toxic to dogs for a number of years now:

Today we almost lost our puppy Zelda. This is the puppy that we got this same week last year after one of our dogs, Zeus, was hit and killed in our driveway. Great time of year in this household.

Anyway, Zelda got into a half pack (thank God only half) of Orbit sugar free gum. Big deal right? Well, apparently the sweetener Xylitol that seems to be in every pack of sugar free gum around is VERY toxic to dogs. Troy was so upset and insistent that I take her to the vet that I did. By the time we got to the vet's office, about 15 minutes after Zelda had eaten the gum, her blood sugar was already 50 points below normal and she was basically falling asleep or so it appeared. Had they not had her vomit it she most likely would have died of insulin shock/hypoglycemia pretty quickly. If that had not killed her though, the liver damage that this toxin does to dogs would have by the next day or shortly thereafter.

Even the vet didn't realize how toxic the stuff is to dogs until she called the vet poison control center. They told her that 2 pieces of gum or candy (gum sized) with Xylitol would throw a 13 pound dog into severe hypoglycemia, 10 pieces would throw it into liver failure on top of that. We figure she ate somewhere between 5 and 10 pieces of Orbit gum.

Anyway, Zelda is now on IV dextrose and fluids all night, with glucose checks at a minimum of every 6 hours once they stabilize her blood sugar and they also have to now run the liver tox screens for the next 72 hours as well.

Please pass this on to anyone you know who has dogs. If they're like me they will have little to no clue that this stuff is a problem. Interestingly, poison control told the vet that some makers of sugar free gum with Xylitol reimburse pet owners whose pets ingest Xylitol for their vet bills — which can be VERY steep I can tell you. Unfortunately, the makers of Orbit wasn't one of them. But at least I didn't lose another dog this year!! They're hoping that she will make a full recovery.

Xylitol is a sugar alcohol commonly used in candy and chewing gum (and some other products, such as peanut butter). It is also found in some pharmaceuticals and oral health products such as chewable vitamins and throat lozenges, as well as some cosmetics. It can also be used in home baking.

While Xylitol is safe for humans, it can be harmful to dogs. The compound doesn't affect glucose levels in people, but when ingested by dogs it can cause a dangerous surge of insulin. (In as little as 15 minutes, the blood sugar of a dog that has eaten gum containing Xylitol may register a marked drop in blood sugar.) At higher doses, Xylitol is believed toxic to the canine liver.

Just three grams of Xylitol can kill a 65-pound dog. Because the amount of sweetener used in sugar-free chewing gums varies by manufacturer and product, the number of sticks of gum that would prove fatal to a pooch of that size can't be stated with precision. As a general rule of thumb, between eight and ten pieces of gum might be deadly to a 65-pound canine, but a smaller dog could easily die after ingesting far less (perhaps as few as two sticks of gum):

"Certain types of sugar-free gum have huge amounts of Xylitol," said Dr. Justine Lee, Animal Emergency and Referral Center of Minnesota. "A lot of people do not think about it, but Xylitol's a product in sugar-free vitamins. They are in toothpaste. They are in dental floss. They are in nasal sprays or in gums or in baked goods and as little as a couple of pieces of gum can result in severe hypoglycemia, so a life threatening drop in blood sugar and actually liver failure."

A dog that has eaten an item containing Xylitol can be rapidly hit by a dangerous drop in blood sugar that causes weakness, lethargy, loss of coordination, collapse, and seizures. Those symptoms can develop within 30 minutes, and a dog so afflicted will need immediate veterinary treatment to survive. Without help, irreversible brain trauma occurs and the patient dies.

Xylitol also appears to cause severe liver damage in dogs within 24 hours. According to a study published in the 1 October 2006 Journal of the American Veterinary Medical Association, of eight dogs who had ingested Xylitol, five died of liver failure, and an additional three canine deaths that occurred after the study was completed were also determined to stem from that cause. While more research needs to be done to categorically prove that Xylitol actually causes canine liver failure, at this time indications point that way.

If you think your dog has consumed sugarless gum or any other product containing Xylitol, call your veterinarian immediately. Most likely you will be instructed to bring your pet in to have vomiting induced and IV fluids started, but if you live more than an hour away from a vet, you may have to induce vomiting at home.

Veterinary treatment generally involves 24-hour hospitalization and infusion with intravenous fluids containing glucose. Your dog's blood sugar will be monitored every few hours and the dose of glucose being fed to him by IV adjusted as needed. If liver values are normal after 24 hours, your dog will be sent home.

As to how to prevent such poisonings, recognize that dogs are long on sweet tooth and short on judgment and act accordingly. Do not leave tasty items lying around. Put sugar-free gums and candies where dogs can't get at them. Keep chewable vitamins out of the way too. If you bake with Xylitol, store the resultant goodies well out of your pets' reach and do not hand-feed them bits of Xylitol-laced muffin as a treat no matter how much they beg.

Never rely on the presumption that what is safe for a human to ingest is equally safe for your pets.