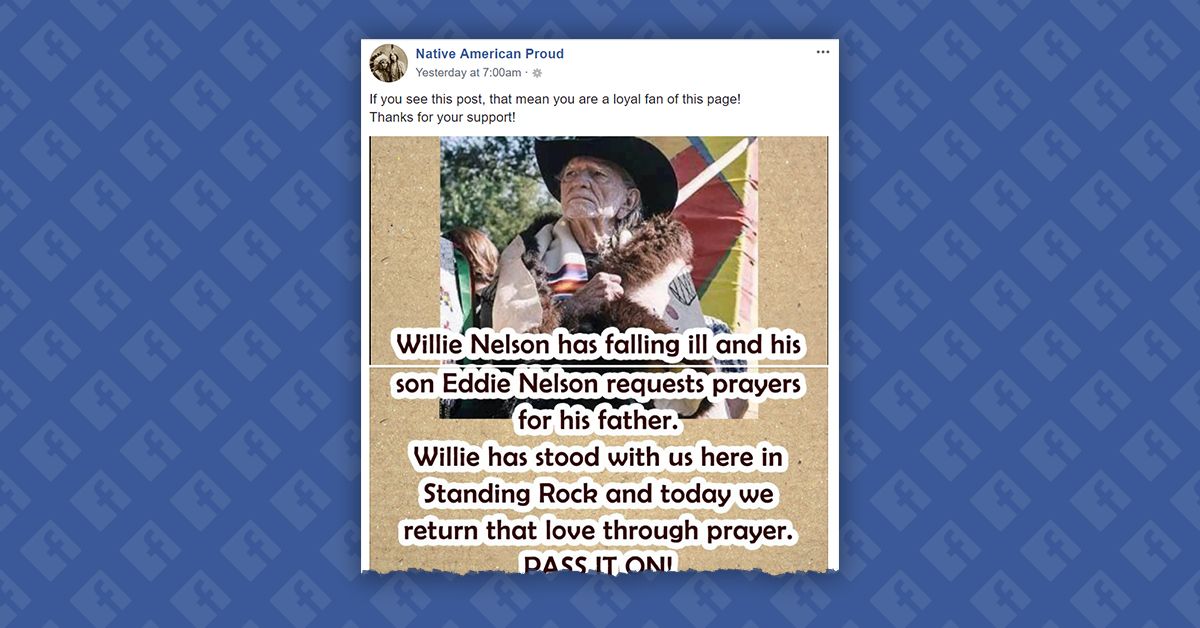 On 5 May 2018, the Facebook page "Native American Proud" shared a video claiming that country icon Willie Nelson has "falling" ill: Willie Nelson has falling ill and his son Eddie Nelson requests prayers for his father.

Willie has stood with us here in Standing Rock and today we return that love through prayer.

The post appeared to be what Facebook terms "engagement bait," content designed to provoke shares and interactions regardless of whether or not it is true, with the end game of driving traffic to a specific site or page (the topic of which is often swapped out for something else later) in order to make it look as though a product or an idea is far more popular than it actually is. Willie Nelson — who has not "falling ill" — does not have a son named Eddie; his three sons are named Billy, Lucas, and Jacob.

There are no credible reports that Nelson is in ill health as of May 2018. The month before, Rolling Stone profiled the musician on his 85th birthday (29 April 2018), noting he was "writing, touring and smoking more than ever." In 2017, Nelson responded to frequent internet illness and death hoaxes about him with the release of the song "Still Not Dead":