A screenshot supposedly showing a statement by the former president circulated widely after Republicans failed to elect a speaker on Tuesday. 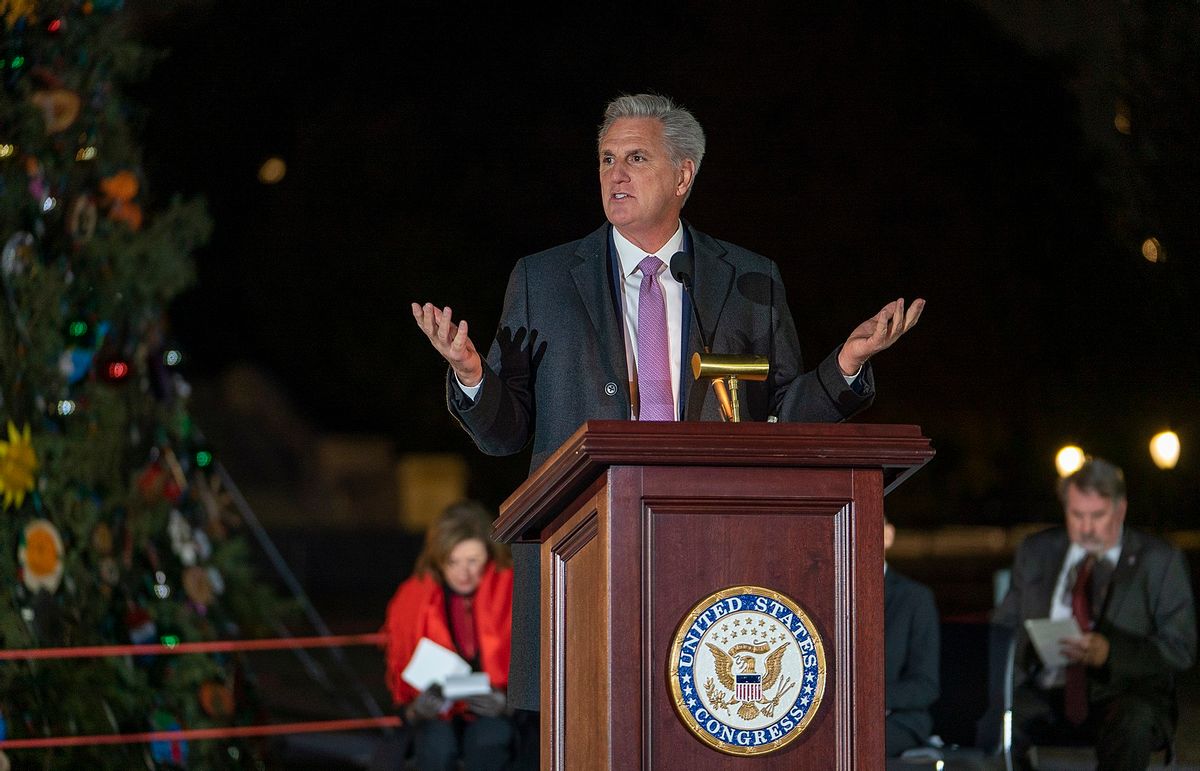 The screenshots indeed depicted authentic statements by the former president. He shared them on his social media platform, Truth Social, after McCarthy failed to secure enough support from members of his own party in multiple rounds of voting on Jan. 3. Considering those facts, we rate this claim "True."

In the early hours of Jan. 4, Trump wrote on Truth Social, "Some really good conversations took place last night, and it's now time for all of our GREAT Republican House Members to VOTE FOR KEVIN, CLOSE THE DEAL, TAKE THE VICTORY, & WATCH CRAZY NANCY PELOSI FLY BACK HOME TO A VERY BROKEN CALIFORNIA,THE ONLY SPEAKER IN U.S. HISTORY TO HAVE LOST THE "HOUSE" TWICE! REPUBLICANS, DO NOT TURN A GREAT TRIUMPH INTO A GIANT & EMBARRASSING DEFEAT. IT'S TIME TO CELEBRATE, YOU DESERVE IT. Kevin McCarthy will do a good job, and maybe even a GREAT JOB - JUST WATCH!"

While Trump had backed McCarthy publicly before, on Jan. 3, the first day of voting, his enthusiasm appeared to wane. In an interview with NBC News, Trump declined to reiterate his support for McCarthy as House speaker, saying, "We'll see how it all works out."

Some of McCarthy's most vocal opponents remain loyal to Trump. Another vote for House speaker will be held on Jan. 4. McCarthy made several concessions to appease lawmakers who did not vote for him initially.

— This report includes contributions from the Snopes staff.