Is This a Real Trump Statement About Biden's COVID-19 Diagnosis?

An image is spreading supposedly showing a statement by the former president wishing Biden a "speedy recovery" because "no one wants Kamala [Harris]" as president. 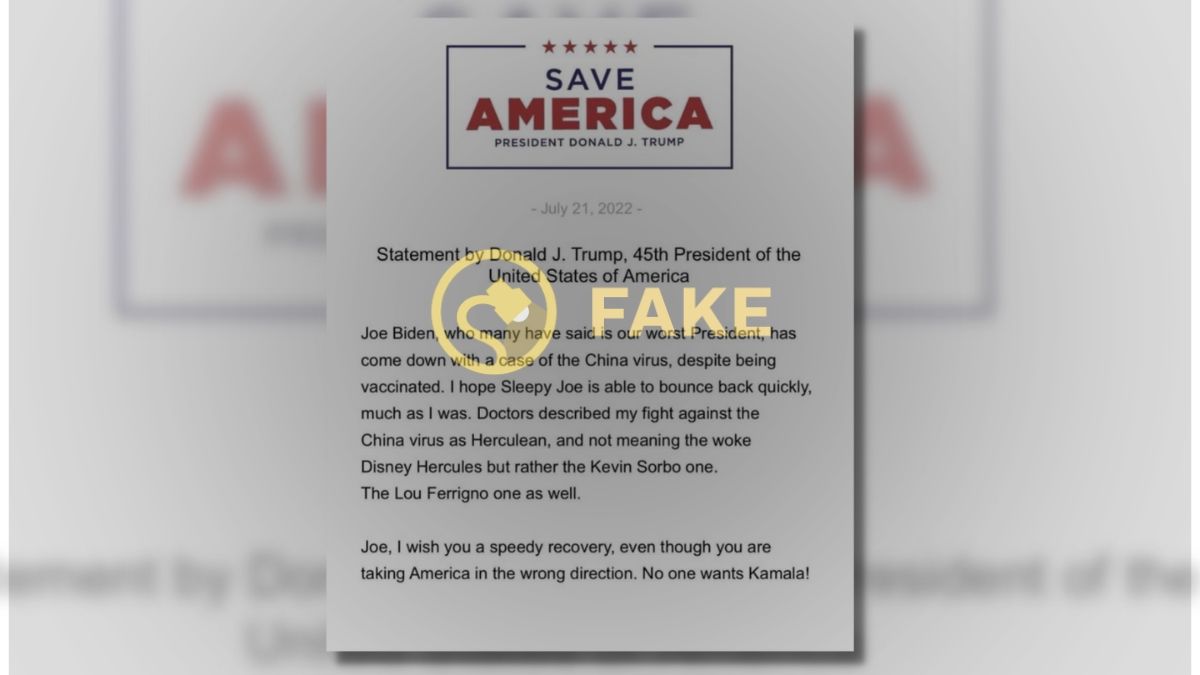 Claim:
After U.S. President Joe Biden was diagnosed with COVID-19 in July 2022, former President Donald Trump released a statement wishing Biden a speedy recovery because "no one wants Kamala [Harris]" as president.
Rating: The line "No one wants Kamala!" was apparently a reference to the possibility of Vice President Kamala Harris taking over the Oval Office if Biden's condition worsened. (So far, the White House said Biden was experiencing “mild symptoms" from the coronavirus.)

Despite the the virality of the statement — the Twitter account for actor Kevin Sorbo shared a screenshot of it, and the phrase "Disney Hercules" emerged as a trending phrase on that platform — this was not a genuine message from Trump. For that reason, we have rated this claim "False."

We receive Trump's emails, and we have not received any messages in which he wished Biden a speedy recovery because "no one wants Kamala [Harris]" as president. We also searched Trump's Truth Social account for similar commentary, and came up short. As of this writing, it doesn't appear that Trump has said anything about Biden's COVID-19 diagnosis.