A number of political figures publicly shared their inoculation experience via social media. 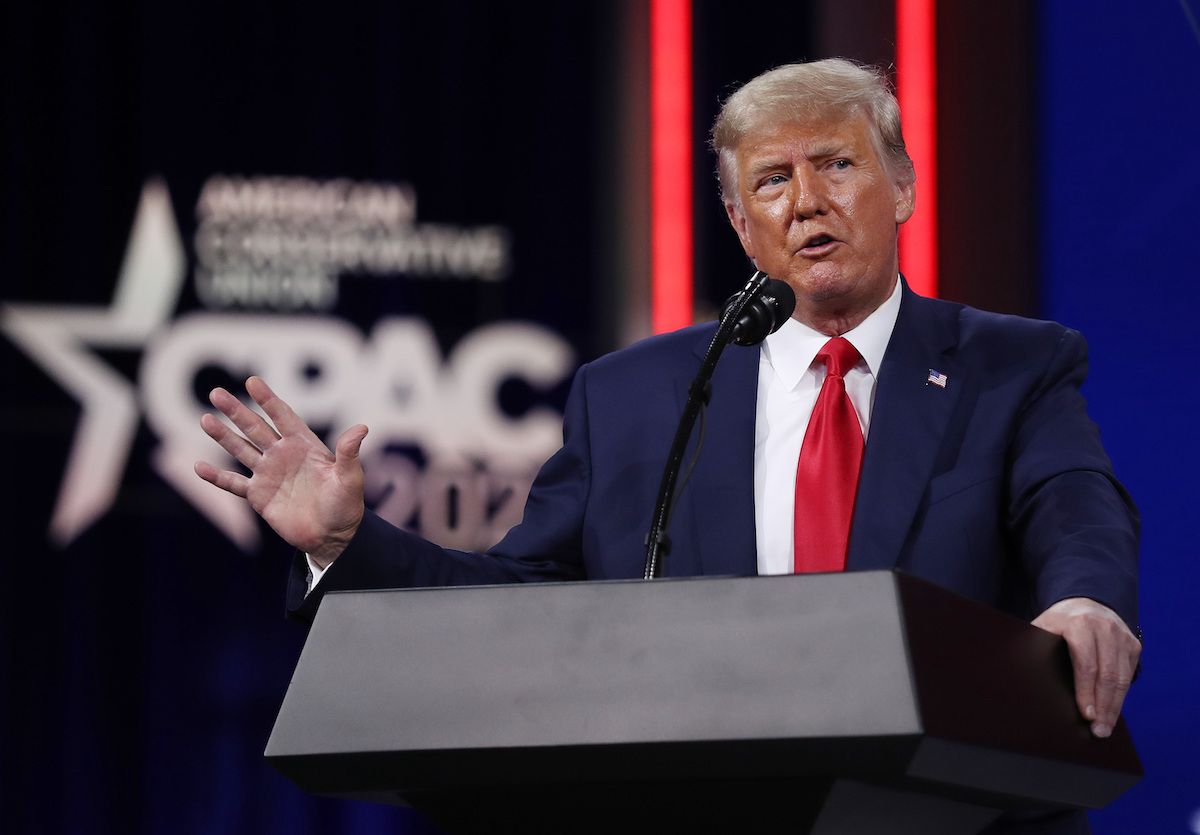 During his Feb. 28, 2021, appearance at the annual Conservative Political Action Conference (CPAC), former U.S. President Donald Trump reemerged for the first time from his self-imposed seclusion following his failed reelection campaign. Speaking to a crowd in Orlando, Florida, the businessman-turned-politician made false claims about the 2020 election, criticized President Joe Biden, and alluded to the possibility of another presidential bid in 2024.

Trump also boasted about his administration’s controversial response to the novel coronavirus, largely taking credit for COVID-19 vaccines that had been “produced in record time.”

“It would have taken any other president at least five years, and we got it done in nine months, he claimed, adding that he “pushed the FDA like they had never been pushed before.”

Calling vaccine rollout a “calculated risk,” Trump also claimed that his administration put up “billions of dollars to produce vaccines before they knew they were going to work” and that the “Trump Administration deserves full credit.”

But never did Trump say that he had received his own dose of the COVID-19 vaccine — a question still unanswered since Trump left the Oval Office, prompting a trend in searches for "did trump get the vaccine?"

Click here to view a video of his CPAC address.

Just after the 32-minute mark, Trump told his audience to get the vaccination:

"But remember, we took care of a lot of people, including, I guess on December 21st, we took care of Joe Biden. Cause he got his shot. He got his vaccine. He forgot. It shows you how un-painful all that vaccine shot is. So, everybody go get your shot."

And though Trump never outright stated that he had received the COVID-19 vaccination himself, New York Times correspondent Maggie Haberman wrote in a March 1 tweet that an unnamed adviser confirmed that both the president and first lady were vaccinated in the White House in January.

On Oct. 1, 2020, Trump took to Twitter to announce that he and his wife, Melania Trump, had both tested positive for COVID-19 and were to begin their quarantine process after receiving medical treatment at Walter Reed National Military Medical Center. The diagnosis came after the president had spent months downplaying the coronavirus pandemic and reiterating falsehoods about supposed cures, as well as preventative measures such as wearing masks and practicing social distancing.

In mid-December, Axios reported that the former president said that he and his White House would be inoculated against the virus “at the appropriate time,” but did not specifically state when. In a now-archived tweet posted on Dec. 13, Trump said:

"People working in the White House should receive the vaccine somewhat later in the program, unless specifically necessary. I have asked that this adjustment be made. I am not scheduled to take the vaccine, but look forward to doing so at the appropriate time. Thank you!"

As the Centers for Disease Control and Prevention (CDC) reported that more than 96 million doses of the COVID-19 vaccination had been distributed as of March 1, some social media users pointed out that had Trump received his vaccination, he might have shared it publicly as other political figures — including his own vice president — had done. Under guidance issued by the CDC, those who have had COVID-19 infection are still recommended to receive a vaccination.

Snopes contacted the Trump campaign seeking to independently verify that Trump was vaccinated, but did not receive a response at the time of publication. And because neither Haberman nor Acosta named their sources, we rate this claim as “Unproven” as of March 1, 2021.