Did Trump Promise a COVID-19 Vaccine by Election Day?

After the onset of the COVID-19 pandemic, the U.S. president repeatedly flirted with claims that a vaccination would be available “very soon.” 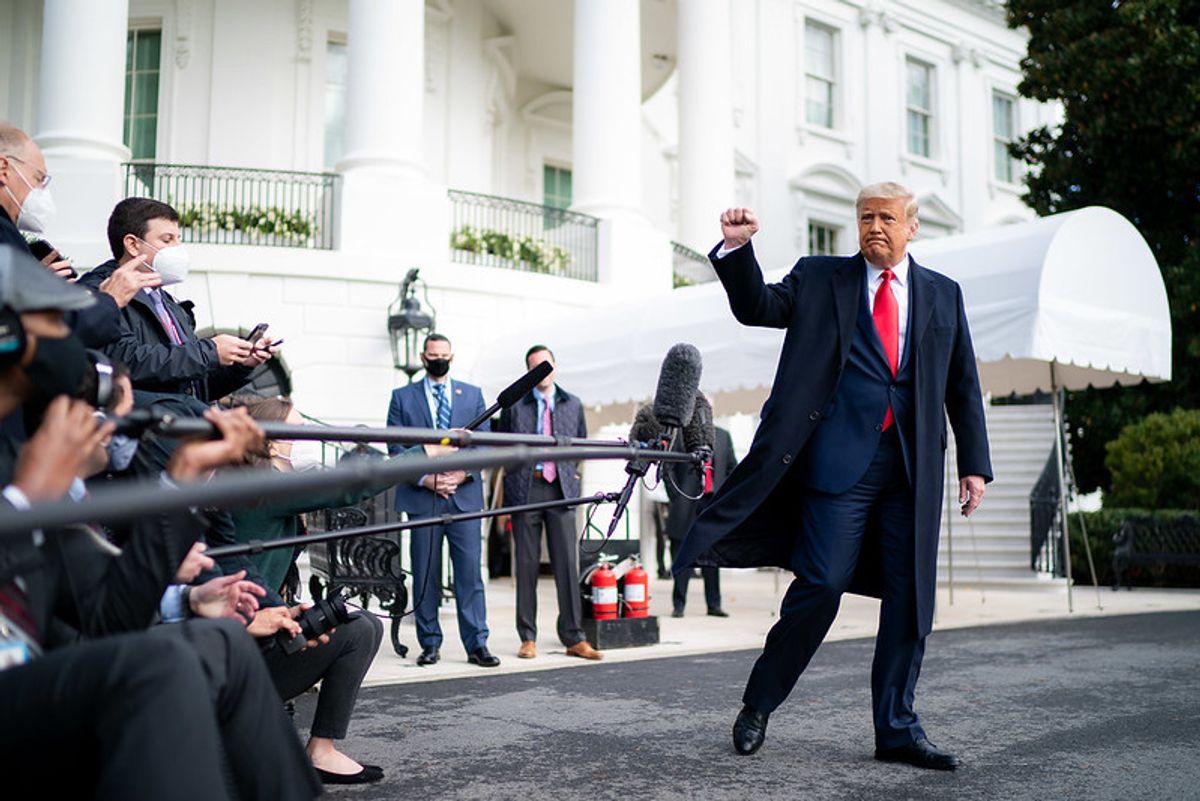 Claim:
U.S. President Donald Trump promised a COVID-19 vaccination would be readily available to the public by Nov. 3, 2020.
Rating:

While on the 2020 campaign trail, Trump made repeated references to having a publicly available COVID-19 vaccine “very soon,” and said one may even be possible before Nov. 3 (Election Day).

However, Trump never explicitly promised that a vaccine would be available by Election Day.

As the 2020 U.S. general election inched closer, Snopes readers asked us to investigate whether it was true that U.S. President Donald Trump had promised a COVID-19 vaccine by Election Day, Nov. 3.

While Trump repeatedly flirted with the idea that there may be a vaccine “possible” or available “right around that time” for SARS-CoV-2, the coronavirus responsible for the global pandemic, he did not explicitly say that he expected a vaccination to be available by Election Day.

Throughout the course of 2020, Trump publicly announced that a vaccine would be available “very soon,” but did not announce a specific date.

Our reporters took a look at the last nine months of remarks made by Trump and his administration as the COVID-19 pandemic progressed. Here is what we found:

While speaking at a March 2 news conference at the height of the pandemic, Trump promised that scientists were capable of developing a vaccine for COVID-19 “very, very quickly” and presented the possibility that a vaccine could come out of the Regeneron manufacturer at a rate of 200,000 doses per month beginning in August. During another meeting the same day, Trump said that his administration was working to “accelerate whatever they’re doing in terms of a vaccine.” On April 29, Trump said that “a lot of progress” had been made in the attempt to create a vaccine.

On July 27, Trump said that Operation Warp Speed, the initiative designated to create a legitimate vaccine, would deliver results “in record time,” but did not explicitly outline a timeline.

“Vaccines are coming along really well. Likewise, therapeutics. Moving faster than anticipated,” said the president during another briefing held on the same day.

While speaking on Aug. 3, Trump said that the vaccines were “coming along incredibly well.” During the last night of the Republican National Convention — which was largely held virtually later that month — the president said that his administration planned to have a vaccine within the next four months and, according to an Aug. 6 report by Reuters, said a coronavirus vaccine was “possible” by Election Day.

During a Sept. 16 press briefing, Trump said that officials were “very close” to a vaccine and that his administration was “on track to deliver and distribute the vaccine in a very, very safe and effective manner. We think we can start sometime in October. So as soon as it is announced, we’ll be able to start. That’ll be from mid-October on. It may be a little bit later than that, but we’ll be all set."

The same day, White House Press Secretary Kayleigh McEnany said the administration was anticipating a vaccination by the end of the year.

Six days before the election, Trump announced that there were four vaccines in the final stage of trials and that the “once-in-a-generation effort” to ensure a vaccine was put in a position that, once authorized, could quickly deliver 100 million doses, with hundreds of millions of doses following shortly thereafter.

In short, Trump never explicitly promised that a viable COVID-19 vaccine would be available by Election Day, nor was one.