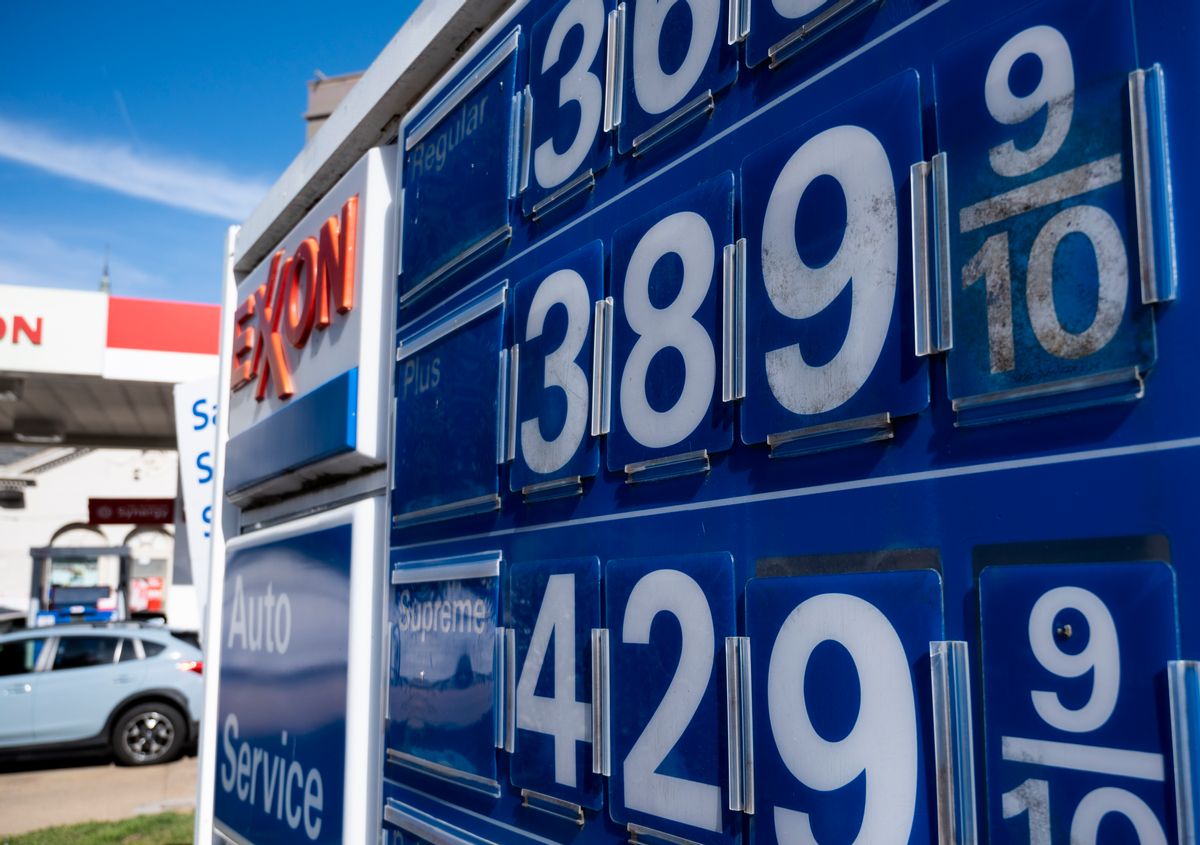 Claim:
A Facebook meme accurately represents the difference in gas prices under U.S. Presidents Donald Trump and Joe Biden, with Biden's presidency and policies being the reason why prices were higher in mid-2021.
Rating:

On Aug. 13, 2021, a new Facebook meme appeared to compare gasoline prices under U.S. Presidents Trump and Biden. The post was virally shared well over 66,000 times in just four days. In reality, this comparison was highly misleading.

The picture on the left side of the gas prices meme, labeled "Trump," shows a price range from $1.22 to $1.72. We found the original photograph. The caption said that the picture was taken on April 20, 2020, in Plano, Texas. Trump was then in the final year of his presidency. According to the Associated Press, the price at the Plano pump was less than the national average at the time, which was around $1.78 per gallon.

The photograph on the right side of the meme, labeled "Biden," likely shows high gas prices in a big city such as Los Angeles. It was likely was shot in 2021. We were unable to find a source for the picture.

A comparison of two seemingly cherry-picked pictures of gas prices that were likely from different states might lead to viral shares and perhaps some personal political validation. However, in the end, it makes very little sense.

On April 21, 2020, the day after the photograph on the left half of the meme was shot in Plano, Texas, showing gas prices between $1.22 and $1.72, The Associated Press published that a barrel of oil cost "less than a cheap bottle of wine." The reason for this was simple: The demand for oil had dropped dramatically due to the beginning of the COVID-19 pandemic in the United States. The reporting also mentioned that pumps were "still running" and "extracting oil from the ground," and "all that oil has to go somewhere." This continual flow of supply drove down gas prices.

On May 26, 2021, The Associated Press reported again on gas costs, explaining why prices were so much higher than the year before. The story partially focused on the Colonial Pipeline cyberattack, described as "a cyberextortion attempt on a vital U.S. pipeline that carries fuel from the Gulf Coast to the Northeast."

In sum, though it's true that average gasoline prices nationwide were significantly lower at one particular point during the Trump administration than they were in July 2021 under Biden, the Trump/Biden meme doesn't provide an accurate snapshot of what those national averages actually looked like at each point in time. Moreover, the ups and downs of gasoline prices aren't necessarily a function of a given administration's policies.

We've seen other gas price memes and claims before. In December 2020, we looked at a grossly misleading post that attempted to claim that one gas station near the Lincoln Memorial in Washington, D.C., was representative of the average cost of fuel nationwide. We also previously reported the facts on claims of energy independence, finding that fossil fuel exports began to decline in 2020, before Biden took office. Additionally, we published a story about Facebook commenters being fooled by a picture of a single expensive California gas station that's notorious for jacking up prices.