Is This a Mug Shot of Tim Allen After a Cocaine Arrest?

A mug shot purportedly from the late 1970s showed the actor and comedian after being arrested in Michigan on a cocaine charge. 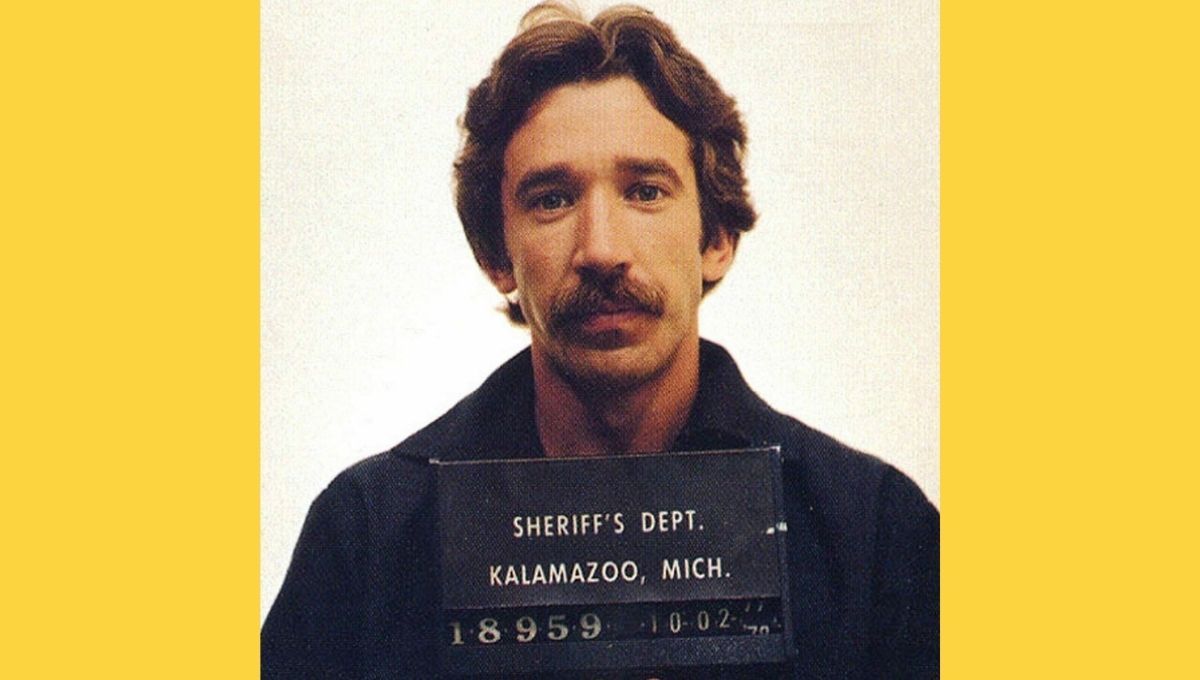 Claim:
A mug shot from 1978 shows actor Tim Allen after he was arrested on a cocaine charge.
Rating:

In early March 2021, a police booking mug shot was shared on Reddit that purportedly showed actor and comedian Tim Allen. Was the mug shot from a movie or TV show? Was it Photoshopped? Or, was it real? This mug shot is a real photograph of Allen after a cocaine-dealing arrest in 1978.

According to a 1996 article from the St. Louis Post-Dispatch, he said of the arrest: "Getting caught probably saved my life." The newspaper also published his 1978 mug shot: In 1991, the Los Angeles Times interviewed Allen and asked about the incident. He had been "busted for selling cocaine to an undercover policeman" at the Kalamazoo/Battle Creek International Airport in Michigan. He had on him more than 650 grams (1.43 pounds) of cocaine.

"Basically, I pleaded guilty. I knew what I did was wrong," Allen said. "I did not drag it out in a trial. I knew I made a major mistake. I laid down. Punish me."

In the eight months prior to his sentencing, Allen set out to establish responsibility before the eyes of the court by doing stand-up comedy in a Detroit club, the Comedy Castle--and he was a smash. Because Allen was a seemingly good kid from a good family in Birmingham, Mich., his family hoped he would be let off easy.

Instead, he was made an example of and spent two years in a federal prison.

"When I got out, I was angry, because nothing had changed," said Allen, who wrote the comedy club owner while he was in prison so he would have a place to work after his release. His girlfriend, Laura, now his wife, also waited for him.

The Times also said that Allen's stint in prison led to his rise to "celebrate and satirize manhood — without demeaning women." The new outlook was said to have led to the inspiration for the ABC network sitcom, "Home Improvement."

While this was a true story, Allen is no stranger to hoaxes. In 2019, a lengthy Facebook post purportedly written by the comedian was shared far and wide. However, the message appeared to be written by a different man who was also named Tim Allen.