Did Ted Cruz Leave His Dog Snowflake at Home While Traveling to Cancun?

The saga of the Cruz family vacation continues. 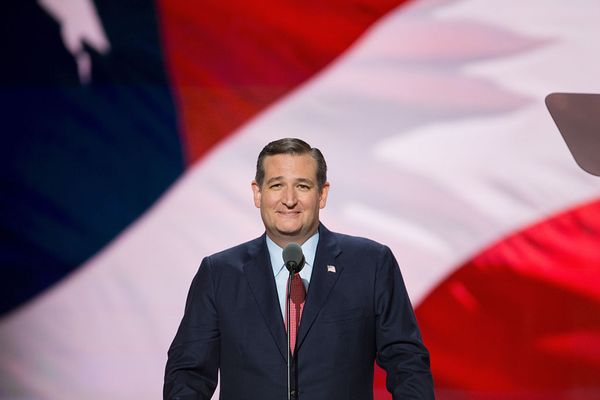 Claim:
U.S. Sen. Ted Cruz left his dog at home alone when he traveled with his family to Cancun, Mexico, in February 2021.
Rating:

Cruz did not take his dog Snowflake with him as his family traveled to Cancun.

However, there is no evidence the dog was abandoned. A Cruz spokesperson said the dog was not left alone.

In February 2021, U.S. Sen. Ted Cruz stirred up outrage as he traveled to Cancun, Mexico, with his family at the same time a winter storm had left millions of his Texas constituents without power and water. While many people were upset with Cruz for leaving the country during a crisis in his state (as well as an ongoing pandemic), internet users found another reason to be incensed with the senator when they heard a rumor that Cruz had left his dog home alone during the Cancun trip.

This rumor originated with a tweet from Houston journalist Michael Hardy: This is a genuine photograph of Cruz's dog Snowflake taken while Cruz was out of town. However, the inference that Cruz's dog was "abandoned" or left alone without anyone to care for him is not supported by evidence.

On Feb. 19, 2021, Hardy published an article for Intelligencer that provided a few more details about Snowflake's care. While the title of this article suggested that Cruz "abandoned" his dog Snowflake, Hardy reported that he talked to a security guard at the home who informed him that he was taking care of the dog while Cruz was away.

From the street, Cruz’s white, Colonial Revival–style mansion looked dark and uninhabited. A neighbor informed me that the block had indeed lost power before finally getting it back late Wednesday night. A glance at the lighted lanterns flanking the doorways of other homes on the block confirmed this. The senator’s story appeared to check out. But then I heard barking and noticed a small, white dog looking out the bottom right pane of glass in the senator’s front door. Had Cruz left his dog behind?

As I approached to knock, a man stepped out of the Suburban parked in Cruz’s driveway. “Is this Senator Cruz’s house?” I asked. He said it was, that Cruz wasn’t home, and identified himself as a security guard. When asked who was taking care of the dog, the guard volunteered that he was. Reassured of the dog’s well-being, I returned to my car. Before leaving, though, I took a photo of the house from my car window, making sure not to include the house address.

A spokesperson for Cruz also said that the dog was not left alone and was never in any peril in a statement to Newsweek.