The story was mentioned on a podcast by investigative journalist Chris Hansen. 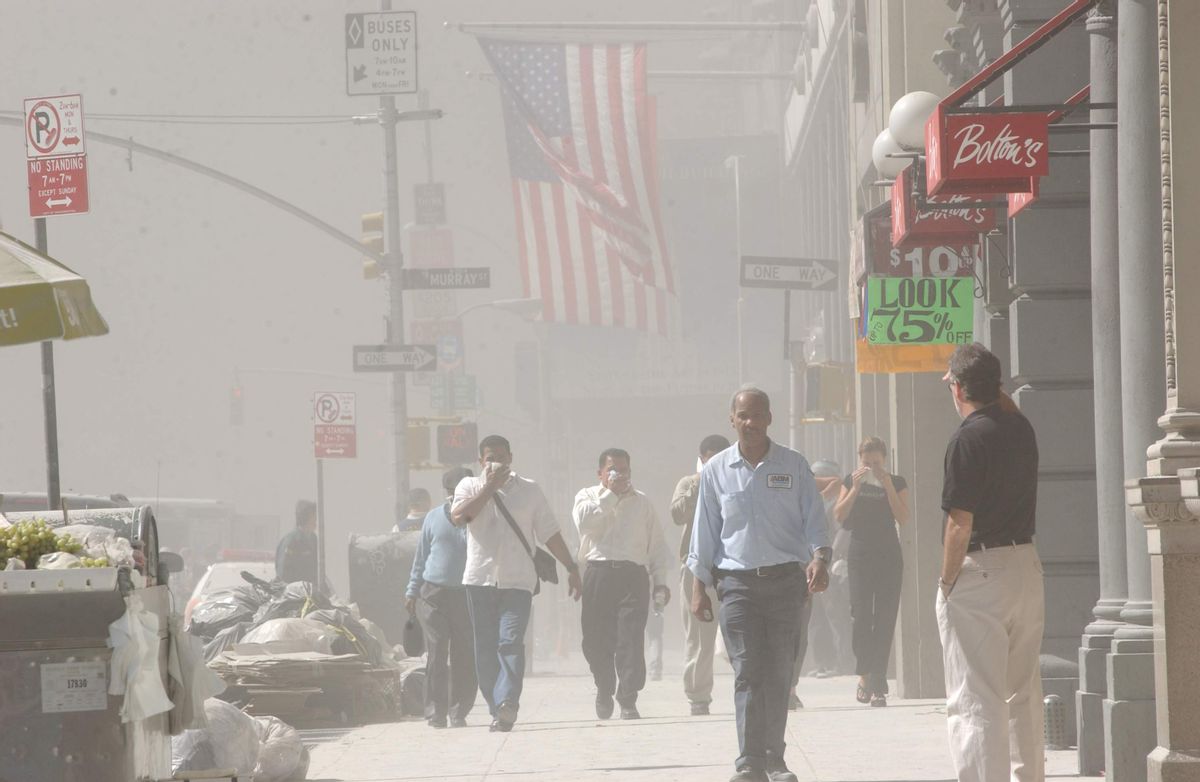 Claim:
The FBI found a 9/11 hijacker's airplane ticket floating to the ground only moments after the north tower collapsed.
Rating:

On Oct. 6, 2021, a new episode of the "Your Mom's House" podcast was released on YouTube. It included an interview with investigative journalist Chris Hansen, who told a story about how the FBI found a 9/11 hijacker's airplane ticket "wafting" in the air in the moments after the second tower collapsed.

The incident purportedly took place on the morning of the Sept. 11, 2001, terrorist attacks in the U.S. The second World Trade Center tower to collapse that day was the north tower, which was struck first by American Airlines Flight 11 at 8:46 a.m. It collapsed 102 minutes later at 10:28.

Hansen said that "the head of the FBI in New York at the time" and "an FBI agent supervisor" were among the personnel on the ground:

One story that still blows my mind, and this came from an FBI agent supervisor who was right there with the head of the FBI in New York at the time.

The second tower is coming down and they push the FBI chief in New York into the doorway of a deli. The debris comes flowing like a wild torrent. They come out and are dusting each other off, and in the air is this plane ticket, and somebody picks it up, and it is one of the hijacker's. They run it, and it links... that ticket is part of the link that puts Mohamed Atta and the crew all together within the hours.

That's a true story. We reported it back then. [It was] wafting in the air.

The moment from the podcast can be watched beginning at the 1:44:13 mark in the episode.

We were unable to find any information to confirm or debunk this story, so we reached out to Hansen for further details. However, after waiting nearly two weeks while this story had a "Research In Progress" rating, we did not receive any data that would allow us to make a determination. On Oct. 25, 2021, we changed the rating to "Unproven."

This account from Hansen had at least one similarity to a real story about a "suicide note" and other belongings left behind by Mohamed Atta, who was described as the "mastermind" of the attacks.

In a curious note to a carefully planned and executed plot, one of the suspected hijackers left behind a piece of luggage in his Boston hotel room. Inside were airline uniforms, a video of commercial aircraft, and a suicide note, records show.

The bag was left by Mohamed Atta, who is emerging as one of the suspected leaders in the terrorist takeover of four commercial jets that crashed into the World Trade Center, the Pentagon, and a Pennsylvania field last week.

The FBI has not revealed the contents of the suicide note. But an FBI document reveals details of the luggage contents and provides additional information about when and how some of the 19 suspected hijackers made their ticket reservations for the fatal flights in the weeks before the attacks.

Hansen is perhaps best known for his work from "Dateline NBC" in the "To Catch a Predator" investigations. The series ultimately exposed a number of adults who were found to be looking online to meet teenagers for sex. His last year with NBC was in 2013. Hansen's investigations have continued with a new YouTube series titled, "Have a Seat."

The "Your Mom's House" podcast is co-hosted by the husband and wife team of stand-up comedians Tom Segura and Christina P.

This story will be updated if we receive any credible data that would allow us to change the rating.

On Oct. 25, the rating for this claim was changed from "Research In Progress" to "Unproven" after we waited nearly two weeks, failing to find or receive any data regarding the story.