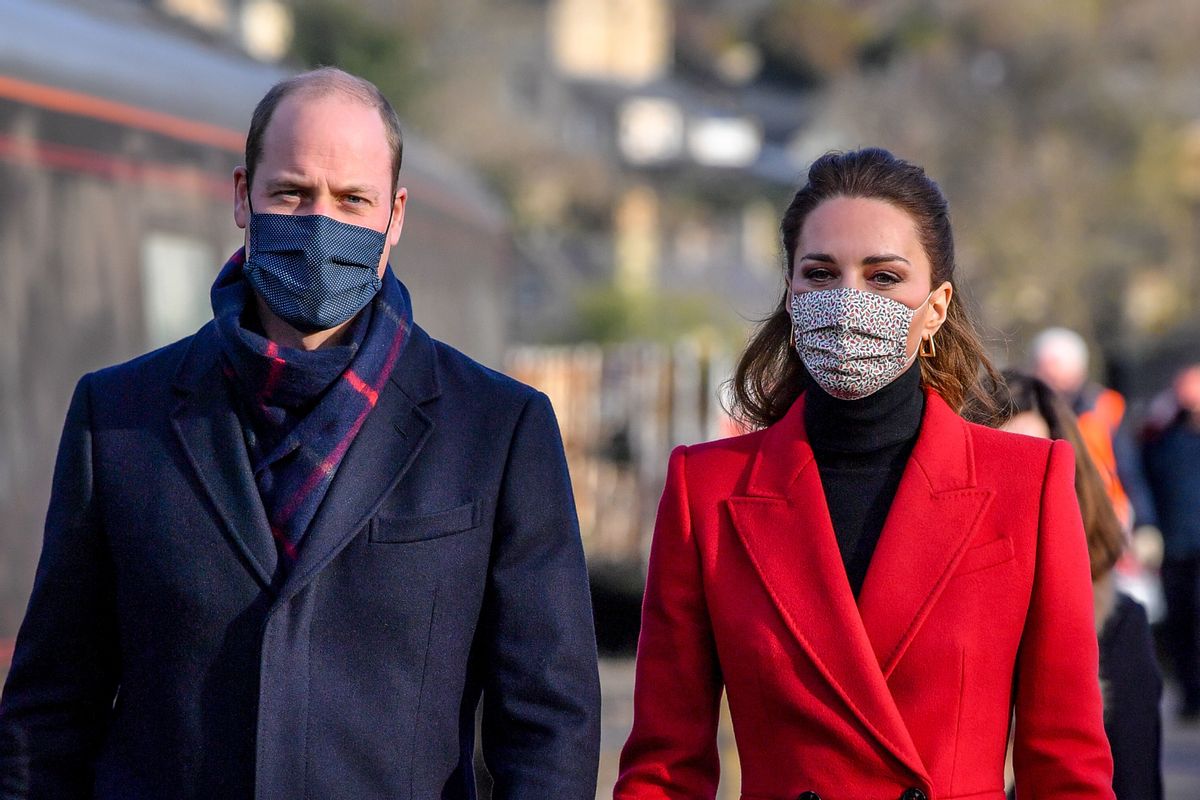 Claim:
The truth has been revealed about "the William and Kate affair rumors."
Rating:

Rumors and gossip are an unfortunate part of everyday life for the British royal family, with baseless accusations of infidelity and affairs being no exception. In 2020, we debunked claims including the idea that the royal family was "cringing" at Megan Markle's net worth, another that said Prince Harry had "changed his mind" about his wife, and even one that said the queen had told Markle to "stop." So when we stumbled upon an online advertisement that claimed "the truth has been revealed about the William and Kate affair rumors," well, here we go again.

Since at least December 2020, the person or people behind the website MoneyCougar.com have apparently paid to display this online advertisement: However, readers who clicked the advertisement were led to a different headline that did not mention "the truth" being revealed about affair rumors. The 40-page story on Money Cougar had the headline: "This Is Everything You Need To Know About The Prince William And Kate Middleton Affair Rumors." It was laid out in slideshow format, meaning that 40 clicks were required to read the entire story.

The story did not reveal any "truth" about "the Prince William and Kate Middleton rumors." It appeared to be nothing more than 40 brief paragraphs that mirrored the royal family gossip pages in unreliable tabloids.

In fact, the final page of the story ended with a purported "insider" source that said the royal couple "love each other dearly" and that "they're still going strong":

The anonymous person informed "Us," “It’s not unusual to have a few hiccups in a marriage, especially after eight years, and Kate and William are no different. They’re still going strong. Regardless of their ups and downs, they love each other dearly and their kids are the most important thing in their lives.” And that would appear to be that, at least for now.

The story from Money Cougar also lacked proper sourcing. Tabloids were cited for some of the article's purported "insider" information, including The Daily Mail. In 2017, The Daily Mail was banned from being used as a source on Wikipedia after it was considered to be "generally unreliable."

Wikipedia editors have voted to ban the Daily Mail as a source for the website in all but exceptional circumstances after deeming the news group “generally unreliable.”

The move is highly unusual for the online encyclopaedia, which rarely puts in place a blanket ban on publications and which still allows links to sources such as Kremlin backed news organisation Russia Today, and Fox News, both of which have raised concern among editors.

The editors described the arguments for a ban as “centred on the Daily Mail’s reputation for poor fact checking, sensationalism and flat-out fabrication.”

As with other stories we've fact checked regarding the royal family and affair rumors, this was nothing more than a baseless advertisement and an unreliable 40-page story filled with gossip and conjecture.