Did the Queen Tell Meghan Markle To 'Stop'?

Online advertisements displayed photographs of Meghan Markle and Queen Elizabeth II with big circles that purportedly pointed to something shocking. 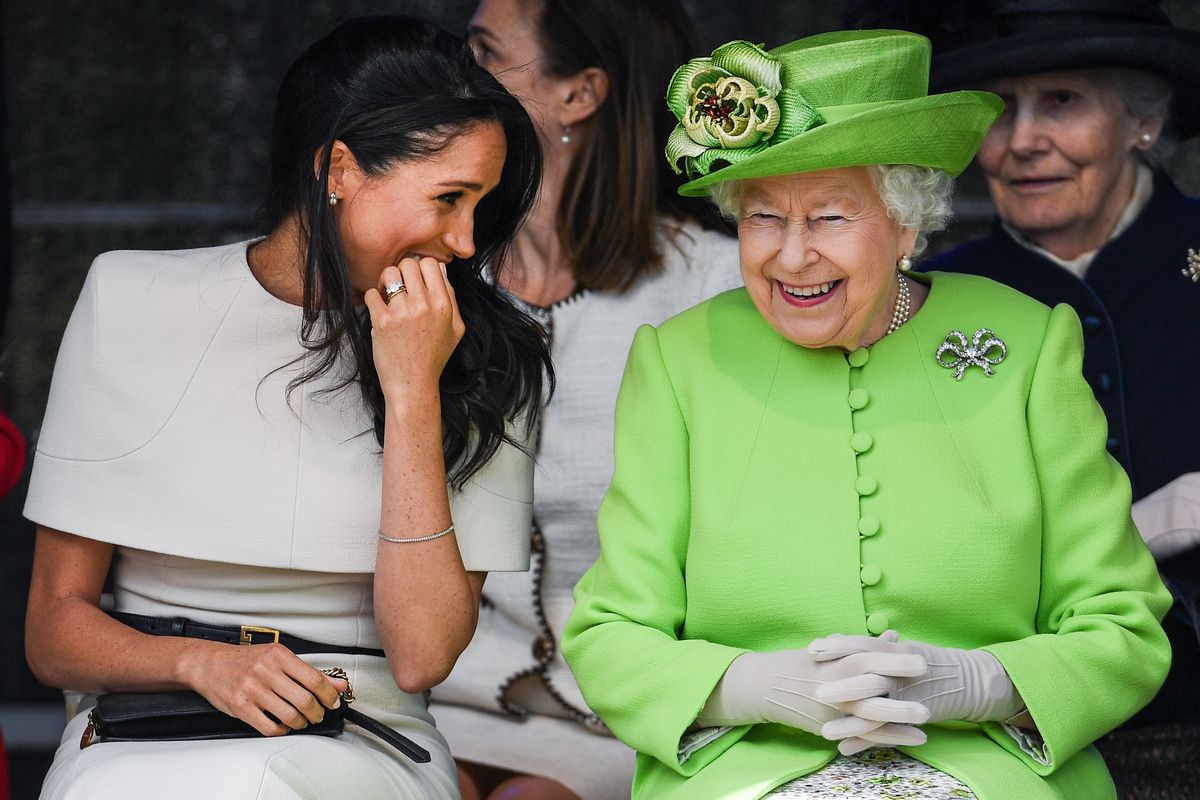 In December 2020, the website Trendcatchers apparently paid to display online advertising that promised a purported bombshell in British royal family news: "Royal Latest: When The Queen Told Meghan Markle To STOP." At least two of the advertisements included photographs with circles to misleadingly draw in readers.

One of the advertisements circled Markle's hand in red: Another circled something about Markle's legs in yellow: The advertisements for the story had likely been running well before December 2020. Both led to a lengthy slideshow article that lasted longer than 60 pages. The Aug. 7, 2019, slideshow story was titled: "Will The British Public Ever Accept Meghan Markle As Royal? Most People Don’t Think So."

Even before Meghan Markle officially became a royal, the press has always been unimpressed by the actress turned duchess. From infamous exes to tight smiles, Markle always seemed a bit too haughty.

This led to the constant media scrutiny and general dislike from the British public, which has led many to believe that Meghan Markle might never be able to truly fit into the royal family and here is the proof.

However, the long article mentioned nothing about the queen telling Meghan Markle to "stop." The 60+ pages resembled little other than tabloid rumors about the royal family. The word "stop" only showed up once, and it had nothing to do with the queen or Meghan Markle.

We previously reported on other viral rumors about the royal family. We spotted a baseless online advertisement that claimed the royal family was "cringing" at Meghan Markle's net worth. The resulting slideshow story mentioned nothing of the sort. Another advertisement said that "Prince Harry has changed his mind about Meghan Markle," which was not true. We saw an outdated bit of news about "an unexpected baby bombshell" that was still circulating as new about the former Kate Middleton. There's also a fake picture that purportedly showed Harry and Meghan posing in front of a big RV camper.