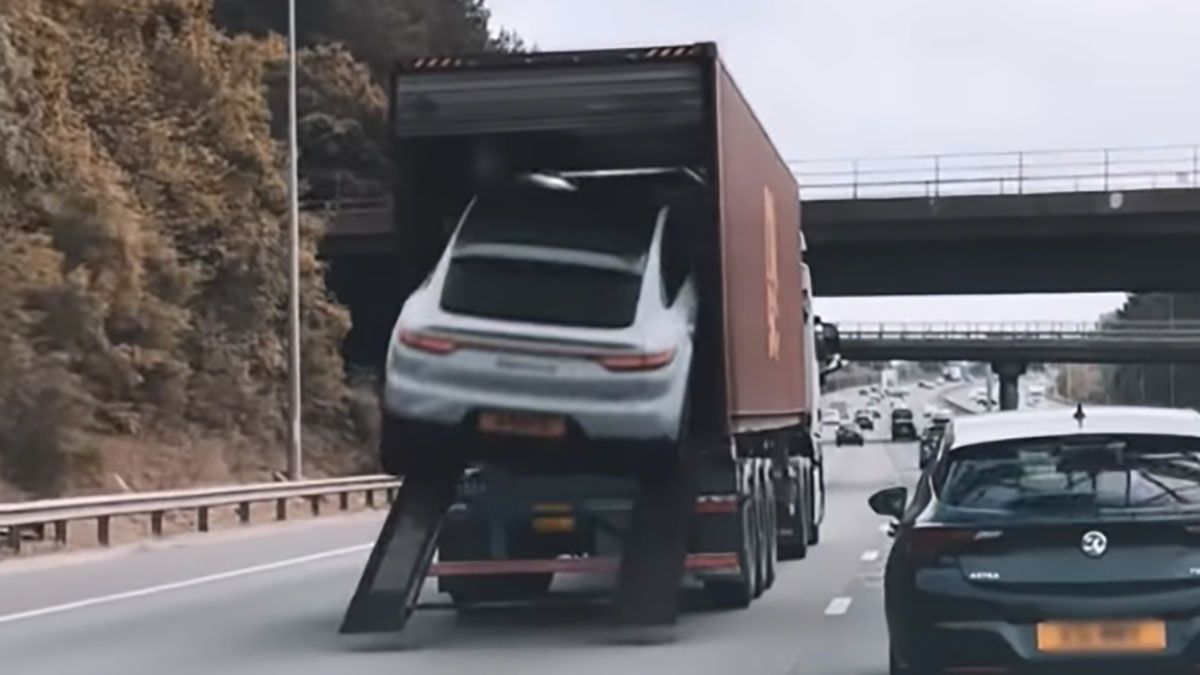 A video claims to show a real, high-speed police chase in which a Porsche Cayenne SUV drives up a ramp to hide in the back of a truck. (Courtesy: @2ncs/Instagram)

Claim:
A video shows a real, high-speed police chase in which a Porsche Cayenne SUV drove up a ramp to hide in the back of a truck.
Rating:

On Sept. 19, 2022, visual effects artist and Instagram user @2ncs posted a creative digital animation video that showed a Porsche Cayenne SUV driving up a ramp into the back of a truck to escape a police car. The stunt was the kind of feat that might be found one of the "Fast and the Furious" films, such as the fan favorite "Fast Five."

The same video was shared later the same day by the @WORLDSTAR Twitter account with the caption, "Real or fake? ??? (IG: @2ncs )." The tweet properly credited the creator and was liked just over 1,200 times.

If you look closely, "2NCS" is visible on the back side of the truck once the ramp closes up with the SUV inside. This appeared to have been added by the video's creator as a signature of sorts.

The same video upload from the @WORLDSTAR tweet was then embedded in another tweet from the user @DailyLoud. Unfortunately, that subsequent tweet did not credit the video's creator and simply read, "This can’t be real ?." The tweet from @DailyLoud was then retweeted and liked for a combined total of more than 100,000 times.

The single video upload that was shared by both tweets from @WORLDSTAR and @DailyLoud received nearly 5 million views in just two days.

Thankfully, a trustworthy Twitter user by the name of @HoaxEye, of hoaxeye.com, happened to spot the tweets and linked to the original source, adding the hashtag, "#RespectArtists."

In sum, the video of a Porsche Cayenne SUV climbing up a ramp into the back of a truck to evade police was not real. Instead, it showed the clever visual effects work from a creative user who is known on Instagram as @2ncs.

For further reading, we previously published two other stories that showcased the digital animation work of @2ncs. One of the videos we reported about showed a car driving under a semi-truck to evade police. The other clip we covered also showed a car escaping police, that time bouncing off of two other vehicles.