Did This Car Evade Police By Swerving Under a Moving Truck? 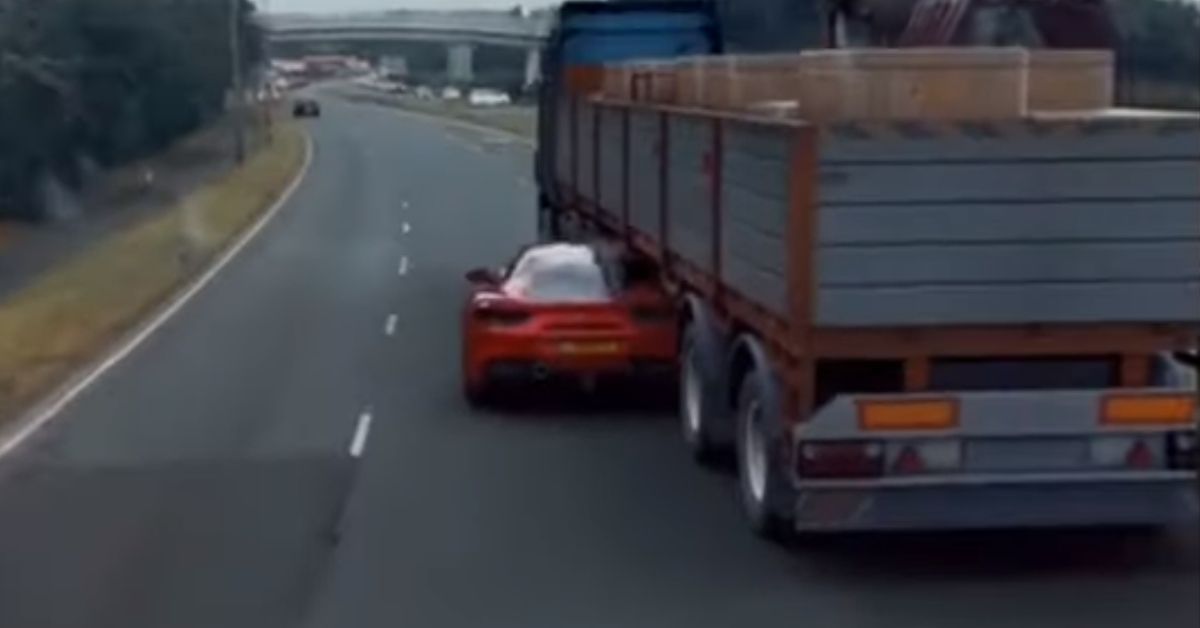 Claim:
A video shows a car evading police by driving under a moving semi-trailer truck.
Rating:

In July 2019, a video supposedly showing a car evading police by driving under a moving semi-trailer truck went viral on social media. One iteration posted to the LADBible Facebook page garnered nearly 3 million views within a few days of its initial posting. A version posted to the Twitter page Luxury World racked up more than 8 million views:

This is not a genuine video of a police chase. This is actually a 3D rendering created by graphic designer Dionisis Sakas for the 2NCS Instagram page.

This video was originally posted to the 2NCS Instagram page on July 18, 2019. The accompanying caption didn't provide any additional information about where and when this video was allegedly taken. Rather, it was attached to a series of hashtags, including #3d, #animation, and #autodesk (which refers to 3D design software).

2NCS also posted a video to YouTube that gave a little glimpse at how this video was created. While viewers may have deduced that the car in the viral video was digitally created, we were surprised to learn that the truck, too, is a 3D render: