Was Pelosi Escorted Out of White House After Showing Up 'Too Drunk to Speak'?

An image from a funeral service was re-purposed for a "satire" article. 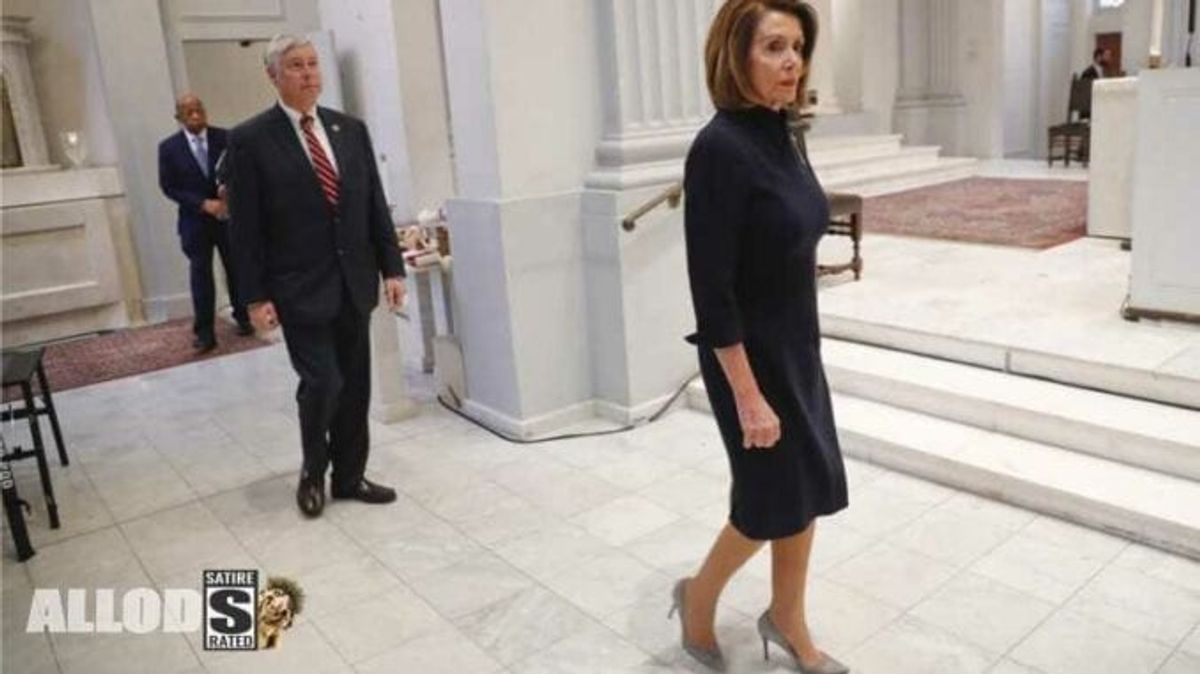 Claim:
U.S. Speaker of the House Nancy Pelosi was escorted out of the White House after showing up too drunk to speak.
Rating:

In March 2019, Bustatroll.org, a subsidiary of the "America's Last Line of Defense" (LLOD) network of junk news sites, published an article claiming that U.S. House Speaker Nancy Pelosi had been forcibly removed from the White House after appearing there too drunk to speak:

Sources inside the White House in a position to neither confirm nor deny most reports have confirmed the latest about Nancy Pelosi’s drunken excursion just minutes ago. Lawrence Darrel and his brother, Darryl, both senior aides to Lead Speech Writer Sandy Batt, say they saw Pelosi escorted out by Secret Service after showing up “so drunk she could hardly speak.” This was not a genuine news report, as it originated solely with BustaTroll.org, a junk news website that does not publish factual stories. The site carries a "Satire" tag in its header, an explanation that the content is satire on its About page, and files its stories using jokingly-named categories. In this case, the story was filed under "Hot Potato, Pelosi Satire with Chile Sauce and Liquid Cheese."

The included photograph in the story didn't show Pelosi being removed from the White House for being too drunk. The picture was taken on 14 February 2019 by Reuters photographer Pablo Martinez Monsivais and captured the Speaker during a funeral service for Rep. John Dingell at Holy Trinity Catholic Church in Washington.

While this article was labeled as satire, some readers may have been fooled by it thanks in part to another piece of viral misinformation. In May 2019, a doctored video supposedly showing Pelosi drunkenly slurring her words was widely circulated on social media.

This wasn't the first time LLOD published a bit of junk news claiming Pelosi had been inappropriately inebriated. A January 2019 piece falsely reported the Speaker had been removed from a children's cancer benefit.