Does This Video Show Nancy Pelosi Drunk and Slurring Her Speech?

Internet propagandists manipulated a clip of the U.S. House Speaker to make it appear as though she were drunk and slurring her speech. 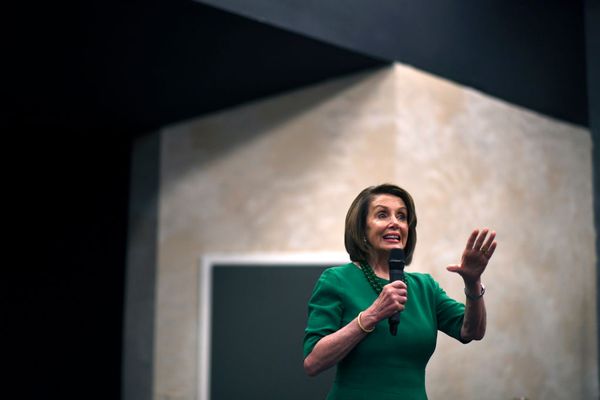 Claim:
A video shows Nancy Pelosi drunkenly slurring her speech during an event in May 2019.
Rating:

On 24 May 2019, a manipulated video that supposedly showed U.S. House Speaker Nancy Pelosi drunkenly slurring her speech was widely shared on social media. One version of the post that the Facebook page "Politics Watchdog" shared was viewed millions of times.

This doctored footage (which can be viewed in part below) was created by slowing down a clip of Pelosi speaking at a Center for American Progress event to make her words seem garbled and slurred.

The video circulating as if it shows Pelosi drunk and slurring was created by taking a clip from the above-displayed footage and slowing it down by about 25%.

Here's a video report from the Washington Post that shows these two videos side-by-side:

Analyses of the distorted Center for American Progress video by Washington Post journalists and outside researchers indicate that the video has been slowed to about 75 percent of its original speed. To possibly correct for how that speed change would deepen her tone, the video also appears to have been altered to modify her pitch, to more closely resemble the sound of her natural speech.

This doctored video was shared by thousands of users on social media, including by Rudy Giuliani, President Donald Trump's counsel, with the caption: “What is wrong with Nancy Pelosi? Her speech pattern is bizarre.” (Giuliani's tweet has since been deleted.)

While this doctored footage was going viral, President Trump shared a separate, deceptively edited video of Pelosi with the caption: “PELOSI STAMMERS THROUGH NEWS CONFERENCE”:

This second video was not doctored in the same overt manner as the slurred-speech footage. Rather, this clip was created by selectively picking a few brief moments in which Pelosi paused or stumbled (totaling about 30 seconds) while answering questions from reporters, and then cobbled them together to give the impression that Pelosi was "stammering" through her news conference.

Pelosi's full remarks (she spoke for about 21 minutes) can be viewed below: