Did Congresswoman Ocasio-Cortez Say 'Owning Guns Is Not a Right' in the Constitution?

Attempts to discredit the freshman lawmaker from NYC seem to know no end. 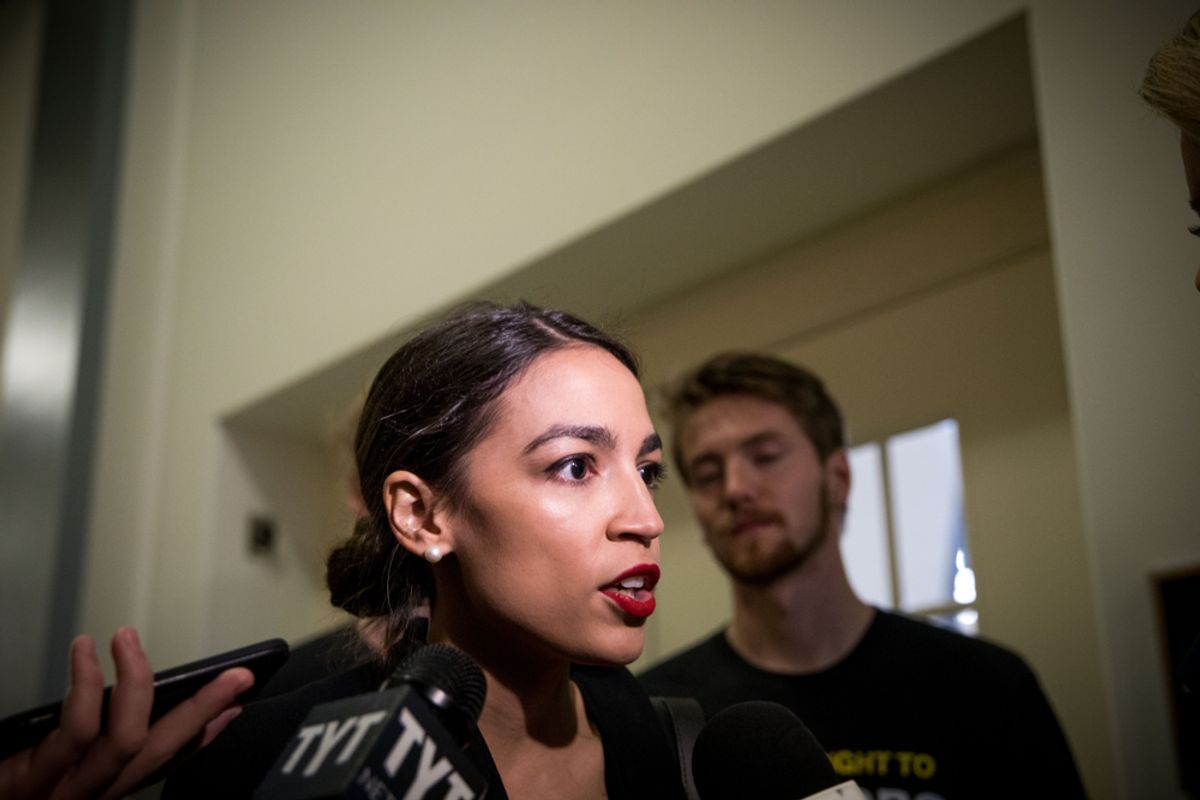 Claim:
Congresswoman Alexandria Ocasio-Cortez said that "owning guns is not a right. If it were a right, it would be in the Constitution."
Rating:

Congresswoman Alexandria Ocasio-Cortez has been the subject of a number of false rumors and accusations since she became the youngest woman elected to congress. In January 2019, we came across yet another meme that attempted to paint the freshman lawmaker as inexperienced and uneducated, this time by falsely attributing a fake quote about gun rights to her: The fake quote reads: "Owning guns is NOT a right... If it were a right, it would be in the Constitution." - Ocasio-Cortez.

This is not a genuine quote from Ocasio-Cortez. It was fabricated and spread in an attempt to discredit the New York congresswoman.

Furthermore, it's simply not believable that Ocasio-Cortez, who frequently talked about gun rights during the campaign, would be unaware of the Second Amendment. During a Reddit AMA in June 2017, for instance, more than a year before this fake quote started circulating, Ocasio-Cortez said that she was a "firm believer" in the Amendment, but that she would prevent people with mental illness or a history of domestic abuse from purchasing guns.

Her official campaign platform also specifically mentioned the Second Amendment. The congresswoman argued that the United States could ban assault weapons and strengthen gun-control laws without "running afoul" of the Constitution:

With every mass shooting, we see lots of thoughts and prayers from our politicians, but continue to see no action. Republicans ban studying gun violence and write legislation designed to help gun stores that break the law. The NRA, a vehicle for gun manufacturers that disguises itself as a civil rights organization, is run by a man who helped arm narco-terrorists in what became the Iran-Contra scandal. Instead of fighting to save American lives, politicians bend over backwards to protect the billionaire-backed gun lobby and propose measures that would actually increase gun sales, such as the incredulous proposal to arm teachers.

Alexandria knows that it doesn’t have to be this way. Even in the United States, cities and states with strong gun laws have managed to cut gun violence significantly without running afoul of the Second Amendment. Thanks in part to New York City’s tough gun laws, gun crimes here are at historic lows. But New York – and the rest of the country – has the potential to be much safer. Alexandria believes that supporting common-sense gun legislation is necessary for any politician who claims to care about the lives of constituents. She understands that gun control can save lives and make communities and schools safer.

As we've previously documented, this is hardly the first time that misinformation has been spread about her.