Did Alexandria Ocasio-Cortez Say 'Under Capitalism, Man Oppresses Man. Under Socialism, It's Just the Opposite'?

It seems a little unlikely that a 29-year-old would be the originator of an "old Soviet joke" several decades old. 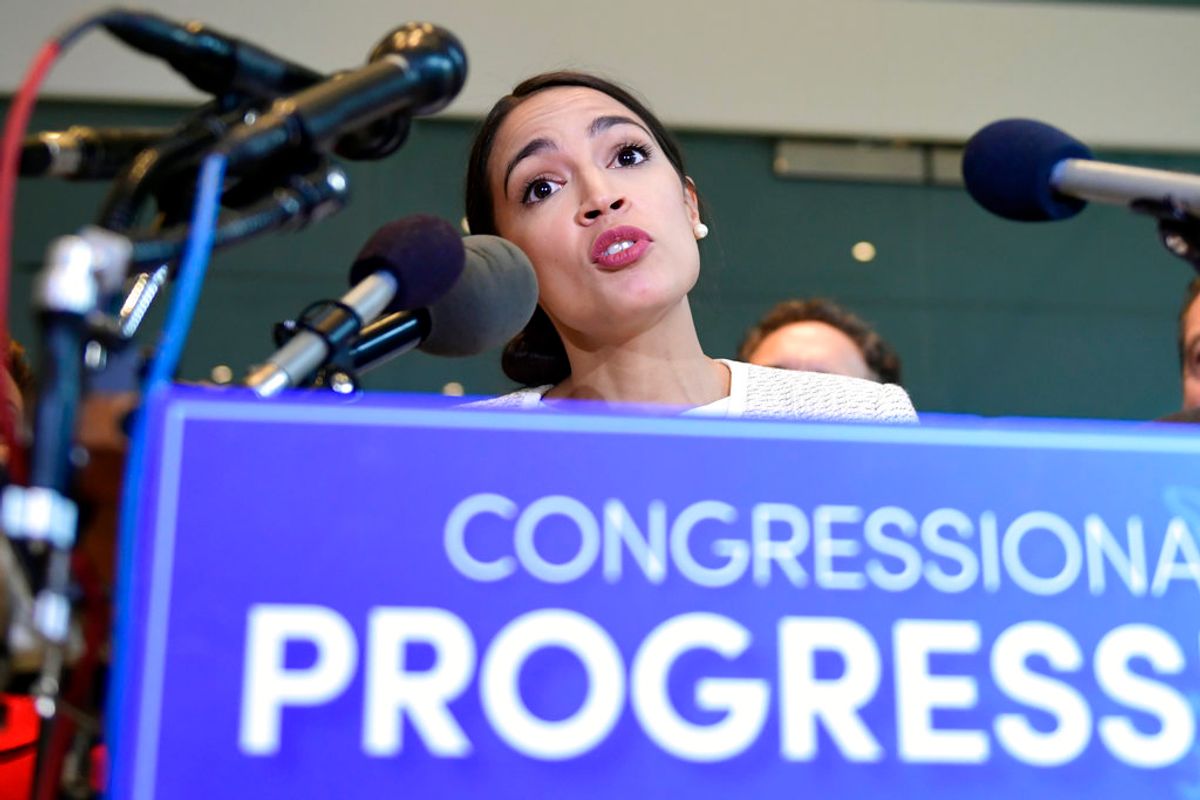 The political opposition's fixation with incoming Democratic Rep. Alexandria Ocasio-Cortez of New York continued in December 2018 with the online sharing of a graphic that attempted to link her to a quote whose origins have been disputed.

The graphic, first posted a month earlier, showed a black-and-white picture of the congresswoman-elect alongside the phrase "Under capitalism, man oppresses man. Under socialism, it's just the opposite."

The meme was subsequently spread by a Facebook page listed for musician Ted Nugent, with the addition of the caption "Do not shut this woman up. This shit is gold": We consulted Ocasio-Cortez seeking comment but have yet to hear back. However, not only did we find no record of her having made such a statement, the phrase itself is a misstated version of a much older phrase with unclear origins.

The original version -- "Under capitalism man exploits man. Under socialism it's just the opposite." -- has long been attributed to economist John Kenneth Galbraith, who passed away in 2006. But it has also been described in other accounts as an "old Soviet joke" or a "wry Russian joke," including in Jules Archer's 1977 book Police State: Could It Happen Here? -- published 12 years before Ocasio-Cortez was born:

As we have previously chronicled, Ocasio-Cortez has been particularly targeted by mockery and false claims about her.