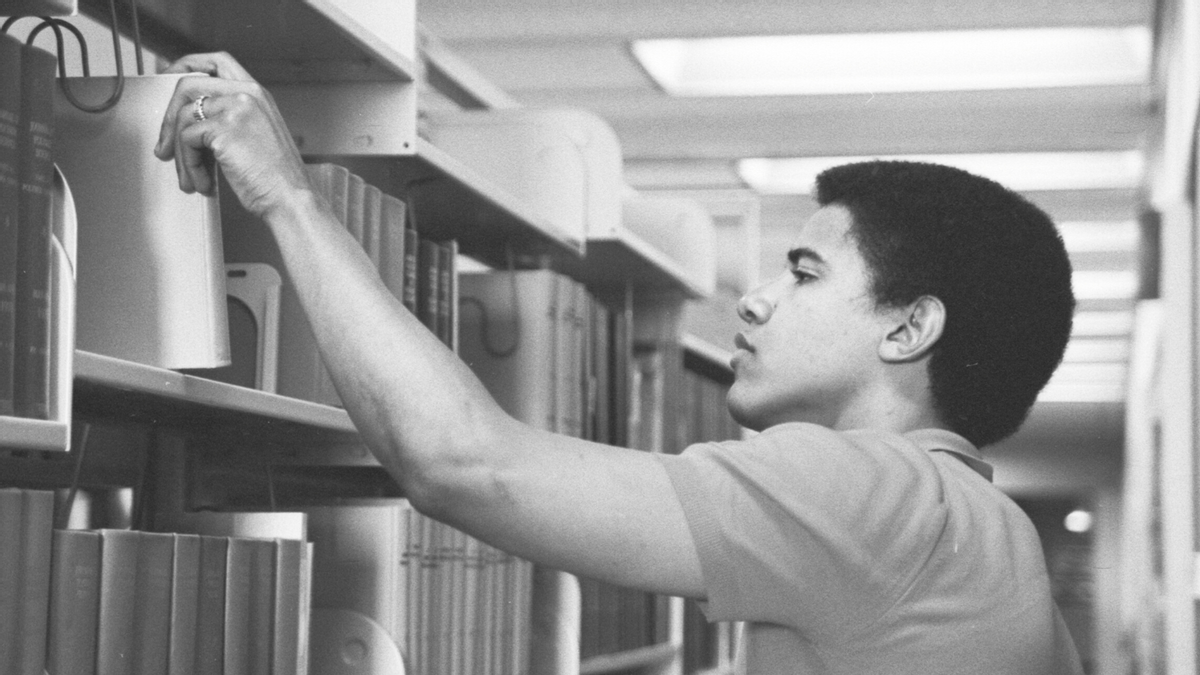 Claim:
Records document that Barack Obama received college financial aid in the U.S. as a "foreign student from Indonesia."
Rating:

One of the avenues of approach taken by "birthers" in their quest to demonstrate that Barack Obama is not eligible to hold the office of President of the United States is to try to demonstrate that, even if he was born in the United States, he gave up his U.S. citizenship somewhere along the way, and, if he's not a U.S. citizen, then he can't legitimately be president.

Therefore, many birthers gleefully seized onto a supposed news report from April 2009, which purported that Obama attended Occidental College in Los Angeles under a scholarship granted only to students of "foreign citizenship." They spread the rumor via the below-transcribed text:

Final Nail In Obama's Lack Of US Citizenship Coffin?

AP — WASHINGTON D.C.: In a move certain to fuel the debate over Obama's qualifications for the presidency, the group Americans for Freedom of Information has released copies of President Obama's college transcripts from Occidental College. Released today, the transcript indicates that Obama, under the name Barry Soetoro, received financial aid as a foreign student from Indonesia as an undergraduate at the school. The transcript was released by Occidental College in compliance with a court order in a suit brought by the group in the Superior Court of California. The transcript shows that Obama (Soetoro) applied for financial aid and was awarded a fellowship for foreign students from the Fulbright Foundation Scholarship program. To qualify, for the scholarship, a student must claim foreign citizenship. This document would seem to provide the smoking gun that many of Obama's detractors have been seeking.

The news has created a firestorm at the White House as the release casts increasing doubt about Obama's legitimacy and qualification to serve as president. When reached for comment in London, where he has been in meetings with British Prime Minister Gordon Brown, Obama smiled but refused comment on the issue. Meanwhile, White House press secretary Robert Gibbs scoffed at the report stating that this was obviously another attempt by a right-wing conservative group to discredit the president and undermine the administrations efforts to move the country in a new direction.

Britain's Daily Mail has also carried the story in a front-page article titled, Obama Eligibility Questioned, leading some to speculate that the story may overshadow economic issues on Obama's first official visit to the U.K.

In a related matter, under growing pressure from several groups, Justice Antonin Scalia announced that the Supreme Court agreed on Tuesday to hear arguments concerning Obama's legal eligibility to serve as President in a case brought by Leo Donofrio of New Jersey. This lawsuit claims Obama's dual citizenship disqualified him from serving as president. Donofrios case is just one of 18 suits brought by citizens demanding proof of Obama's citizenship or qualification to serve as president.

Gary Kreep of the United States Justice Foundation has released the results of their investigation of Obama's campaign spending. This study estimates that Obama has spent upwards of $950,000 in campaign funds in the past year with eleven law firms in 12 states for legal resources to block disclosure of any of his personal records. Mr. Kreep indicated that the investigation is still ongoing but that the final report will be provided to the U.S. attorney general, Eric Holder. Mr. Holder has refused to comment on the matter.

However, this item wasn't a news report at all — it was a hoax whose elements were demonstrably false:

Months after the fake news story started circulating, another iteration of the rumor surfaced: This time, the claim focused on photographs of Obama posing with family members (his mother; his step-father, Lolo Soetoro; and his half-sister, Maya) and an Indonesian elementary school registration form. Then, there is the below-displayed image depicting a registration document that the Fransiskus Assisi School in Jakarta, Indonesia, released publicly on Jan. 24, 2007. Much as been made of the document, which ostensibly shows Obama's stepfather, Lolo Soetoro, having listed his stepson's nationality as "Indonesian" (thereby supposedly indicating that Obama relinquished his U.S. citizenship at some point). The document also lists Obama's religion as "Islam." After her divorce from her first husband, Obama's mother married an Indonesian student, Lolo Soetoro, who was attending college in Hawaii. In 1967, the family moved to Indonesia, where Obama attended elementary school in Jakarta until 1971. After that, he returned to Hawaii to live with his maternal grandparents.

However, Lolo Soetoro's putatively listing his stepson's nationality as Indonesian on a school registration form does not in itself demonstrate that Obama was officially regarded as an Indonesian citizen by the government of that country. In any case, it's a moot point, since the same form shows that Obama was born in Honolulu, Hawaii, thereby making him a U.S. citizen from birth. (U.S. law states that a foreign nationality acquired through a parent does not affect one's U.S. citizenship status, nor can a child's U.S. citizenship be renounced solely through the actions of his parents.)

Parents cannot renounce U.S. citizenship on behalf of their minor children. Before an oath of renunciation will be administered under Section 349(a)(5) of the Immigration and Nationality Act (INA), a person under the age of 18 must convince a U.S. diplomatic or consular officer that they fully understand the nature and consequences of the oath of renunciation; are not subject to duress or undue influence, and are voluntarily seeking to renounce their U.S. citizenship.

The claim that Obama attended college in the United States as a foreign student and/or under the name Barry Soetoro has also spread online via a digitally edited photo of a 1998 Columbia University student ID card.