We investigate Donald Trump's claim that the conspiracy theory about Barack Obama not being born in the U.S. originated inside Hillary Clinton's 2008 presidential campaign. 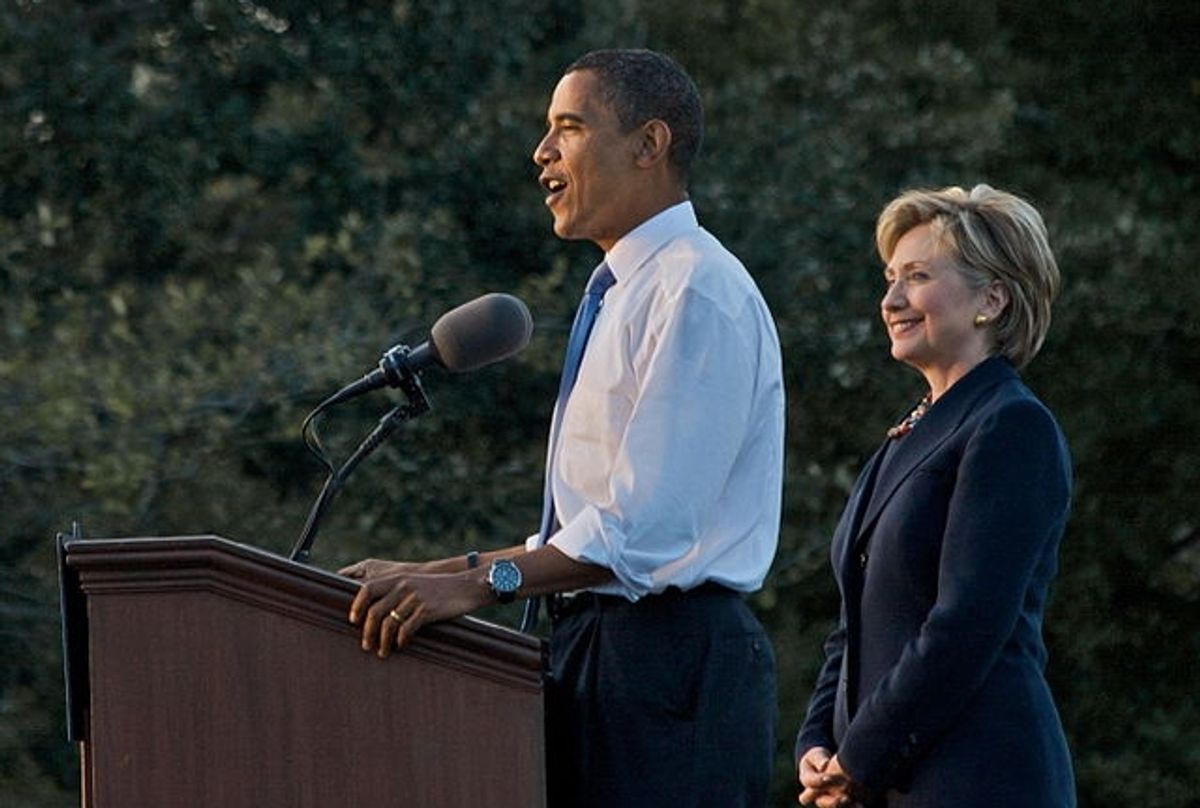 Claim:
Hillary Clinton and/or members of her 2008 presidential campaign started the "birther" movement questioning whether Barack Obama was born in the U.S.
Rating:

On 16 September 2016, after years of being the most visible and outspoken exponent of "birtherism" — the notion that, despite all evidence to the contrary, Barack Obama was born outside the U.S. and thus his presidency is illegitimate and his allegiances suspect — GOP presidential candidate Donald Trump stepped up to the podium at a televised campaign event and completely reversed his stance on the matter — but not before trying to lay blame for the long, drawn-out smear campaign on someone else.

"Hillary Clinton and her campaign of 2008 started the birther controversy. I finished it," Trump said. "President Barack Obama was born in the United States, period."

A press release issued by Trump's campaign staff elaborated on the accusation:

Hillary Clinton’s campaign first raised this issue to smear then-candidate Barack Obama in her very nasty, failed 2008 campaign for President. This type of vicious and conniving behavior is straight from the Clinton Playbook. As usual, however, Hillary Clinton was too weak to get an answer. Even the MSNBC show Morning Joe admits that it was Clinton’s henchmen who first raised this issue, not Donald J. Trump.

The statement is correct when it suggests that the claim that Hillary Clinton invented birtherism isn't new. It had been made in 2015, for example, on the MSNBC Morning Joe program:

Though it's true that the specific allegation that Obama wasn't born in the U.S. first reared its head during the 2008 presidential race, rumblings about Obama's "otherness" had been percolating since long before that. In 2004, a political gadfly named Andy Martin issued a press release calling Barack Obama a "complete fraud" who had "misrepresented his heritage" in his memoir, Dreams From My Father, and "is a Muslim who has concealed his religion." The theme was pushed further in December 2006 by conservative columnist Debbie Schlussel, who published an article entitled "Barack Hussein Obama: Once a Muslim, Always a Muslim," which stated that "Obama has a 'born-again' affinity for the nation of his Muslim father, Kenya." In March 2007, Clinton campaign strategist Mark Penn proposed attacking Obama on the basis of his "lack of American roots." And, in December 2007, a Clinton volunteer county coordinator in Iowa was fired for forwarding an e-mail making the by-then familiar claim that Obama is a Muslim.

The idea that Obama was born elsewhere, specifically Kenya, was first floated in April 2008, according to a 22 April 2011 Politico article by Ben Smith and Byron Tau on the origins of birtherism:

That theory first emerged in the spring of 2008, as Clinton supporters circulated an anonymous e-mail questioning Obama’s citizenship.

“Barack Obama’s mother was living in Kenya with his Arab-African father late in her pregnancy. She was not allowed to travel by plane then, so Barack Obama was born there and his mother then took him to Hawaii to register his birth,” asserted one chain email that surfaced on the urban legend site Snopes.com in April 2008.

That Hillary Clinton supporters circulated such an e-mail isn't in question, but the claim that that's the moment the birther theory "first emerged" simply isn't true. The likeliest point of origin we've been able to find was a post on conservative message board FreeRepublic.com dated 1 March 2008 (which, according to a report in The Telegraph, was at least a month before Clinton supporters got on the e-mail bandwagon):

I was told today that Obama swore in on a Koran for his Senate seat. I do not believe he did. Can someone clarify this for me? I am under the impression only a Congressman has so far sworn in on a Koran.

Also that Obama’s mother gave birth to him overseas and then immediately flew into Hawaii and registered his birth as having taken place in Hawaii.

Again, any clarifications on this? Defintely disqualifies him for Prez. There must be some trace of an airticket. While small babies are not charged air fare they do have a ticket issued for them.

Long time ago but there may be some residual information somewhere. Good ammo (if available and true) BEST USED AFTER he becomes PREZ (if that occurs) and it’s too late for Dems - except accept the VP.

The same rumor was repeated, with elaborations, four days later on the conservative blog Ruthless Roundup:

Add to the family history shown in this article that Obama's mother was allegedly visiting Kenya with Obama's father in the final months of her pregnancy and was not allowed to board a flight in her late term to return home.

She allegedly had Obama in Kenya and quickly boarded a flight to Hawaii. Airlines do not accept late term pregancies but do not refuse passage to a newborn, usually issuing a 10% or free fare ticket for the trip.

Once in Hawaii, his mother registered him as being born in Hawaii.

The conspiracy theory was already fully formed at this point. Clearly, the Clinton supporters accused of spreading it via forwarded e-mails knew "good ammo" when they saw it, but, as the above posts show, they deserve neither credit nor blame for the invention of birtherism.