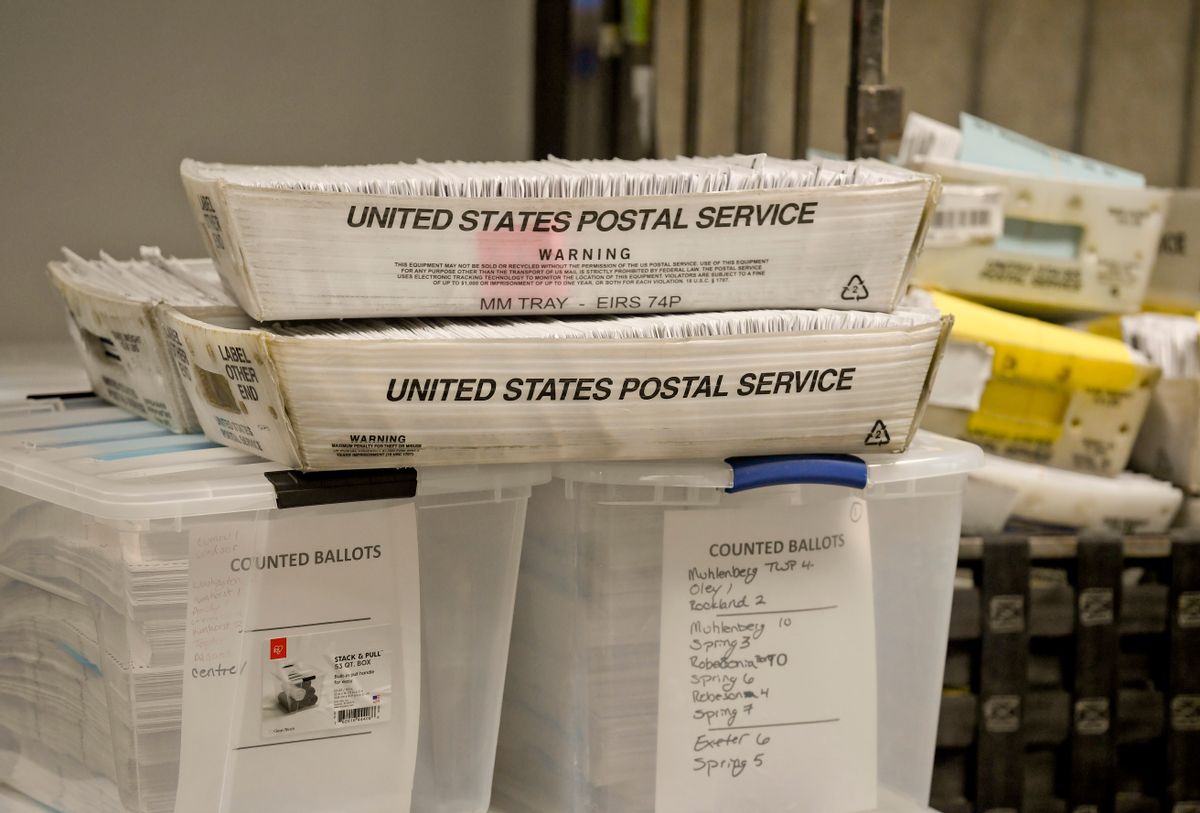 Image Via MediaNews Group/Reading Eagle via Getty Images/Contributor.
Previous Article
Next Article
Article 5 of 12 in Collection

Claim:
Three trays of mail, including several mail-in ballots, were found in a ditch along a highway in Wisconsin in September 2020.
Rating:

Mail-in ballots have been the subject of criticism from U.S. President Donald Trump’s administration ahead of the November 2020 elections, as more people will use that option to cast their votes due to the COVID-19 pandemic. As the administration argued that it will lead to "substantially" more voter fraud — a claim we have debunked — stories about problems with mailing services are going viral on conservative media outlets.

One particular story covered by Breitbart, Washington Examiner, and Fox News, detailed how three trays of mail, which included mail-in ballots, were found in a ditch by a highway in the state of Wisconsin in late September. Some of the headlines covering this story included: "Mailed-in Ballots Found Tossed in Wisconsin Ditch," "Trays of mail, including absentee ballots, found in a ditch in Wisconsin," and "U.S. Postal Service Investigating Trays of Mail, Absentee Ballots found in Wisconsin Ditch."

Snopes readers asked us to verify this story, and while we learned that the incident did take place, it's worth noting that many important details remain unknown. When we pressed the Sheriff’s department further about the contents of the absentee ballots, they added that they “did not look at the ballots specifically,” before they handed them over to the Postal Inspector. The U.S. Postal Inspection Service began investigating the circumstances that led to the assortment of mail being found in a ditch. We asked the Postal Inspector's office about the nature of the ballots in the mail, how many were found, and other details about the investigation. They said they were “unable to comment” at this time.

Previous Article
Next Article
Article 5 of 12 in Collection

Perrett, Connor.  "The Trump Campaign is Waging an All-Out Legal War to Stop the Expansion of Vote-By-Mail in 7 Different States."     Business Insider.  27 September 2020.