We also found a second video of Lincoln's falling at the Hall of Presidents attraction in 1992. 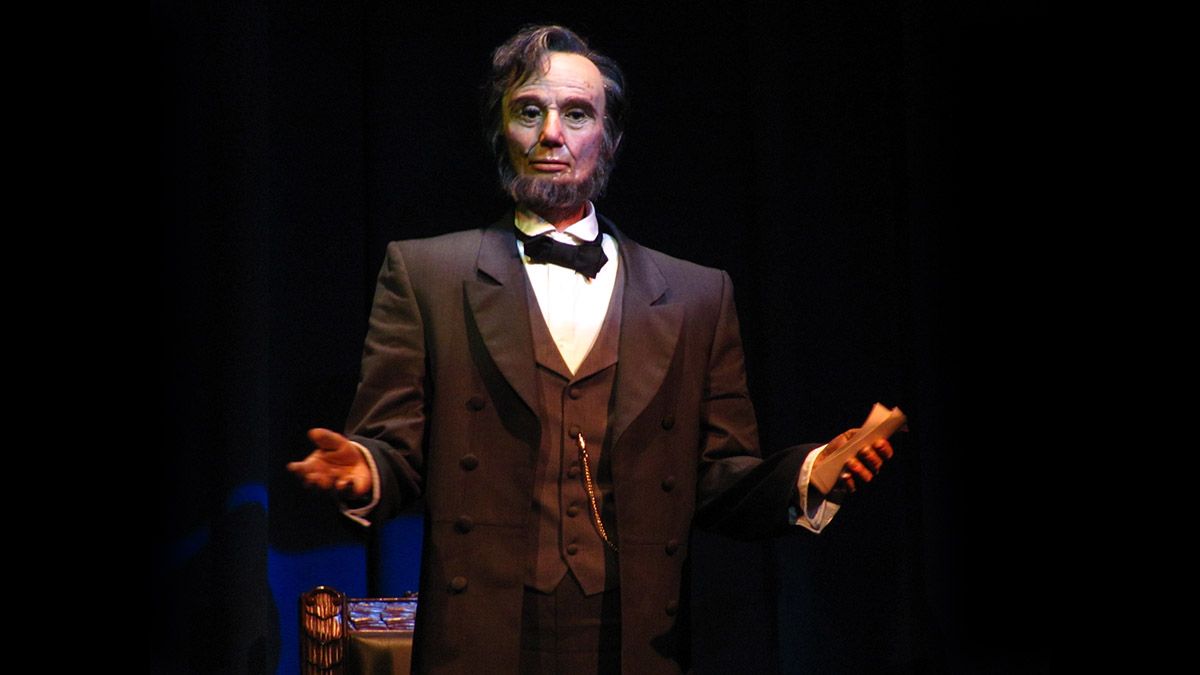 It was uploaded by @daytonac500 and was recorded in the Magic Kingdom. It showed up in the "For You" feeds to Disney fans on TikTok, as well as a number of other users.

The video was genuine. We later stumbled upon a second video of the moment, also found in "For You" feeds. It showed the moment Lincoln began to lean forward, right when he was mentioning that America will be able to "long endure" into the future.

Lincoln's animatronic normally speaks in the middle of a film presentation. Readers interested in seeing the full attraction without Lincoln malfunctioning can watch this video. It was recorded on a different day and provided by the WDW News Today YouTube channel. Begin at the 6:36 mark to see when Lincoln stands normally and speaks to the audience:

The comments for the new TikTok video were filled with a range of jokes and other remarks. "He never did well in theaters," one person joked, referring to Lincoln's assassination at Ford's Theatre. "Abe hears about what's going on in this nation," another viewer said. There was also the top comment, which read: "He removed one of his ribs to be able to do this."

During our search for a full video of Disney World's Hall of Presidents attraction, we stumbled upon another moment when Lincoln's animatronic appeared to fall and fold. The date on the video showed April 18, 1992. It appeared on an ABC television show. That show was likely "America's Funniest Home Videos."

We recently reported on another story about the newly reopened Hall of Presidents attraction, which added an animatronic for U.S. President Joe Biden. Former U.S. President Donald Trump was absent from a highlight reel that played before all of the presidents were revealed onstage.

On Aug. 18, this story was updated with a second video that showed the moment Lincoln partially collapsed.