Were These Abraham Lincoln's Last Words?

Rumors of the former president's last words spoken in Ford's Theatre led us to consult the experts at the Abraham Lincoln Presidential Library and Museum. 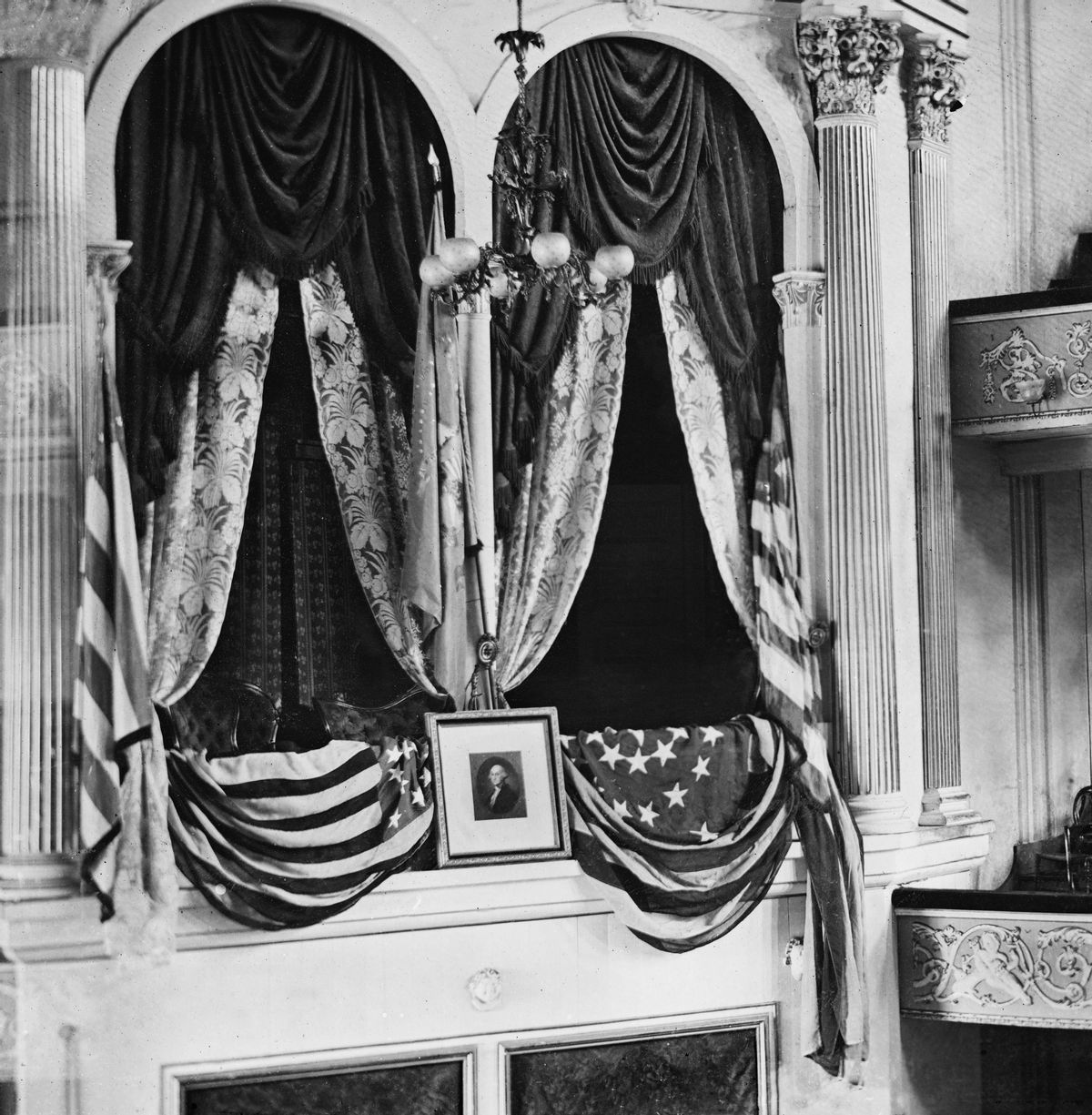 Claim:
Abraham Lincoln's last words were: "We will visit the Holy Land, and see those places hallowed by the footsteps of the Savior. There is no city on earth I so much desire to see as Jerusalem."
Rating:

Abraham Lincoln's last words have been the subject of debate among scholars for well over a century. The 16th president of the United States was killed on April 15, 1865. He was shot by Confederate sympathizer and stage actor John Wilkes Booth while sitting in Ford's Theatre in Washington, D.C.

On the website ourlostfounding.com, Lincoln's "likely last words" were published as: "We will visit the Holy Land, and see those places hallowed by the footsteps of the Savior. There is no city on earth I so much desire to see as Jerusalem."

It would be difficult to confirm the last words of someone who died well over 150 years ago, to say the least. In order to establish authenticity, we would need to see official records that left no doubt of their genuine nature. Unfortunately, no solid evidence exists in the case of Abraham Lincoln. However, this does not mean that no records exist at all. We consulted about the former president's last words with the Abraham Lincoln Presidential Library and Museum in Springfield, Illinois. Lincoln was born in Kentucky, but he began his political career in Illinois. He also met his future wife, Mary Todd Lincoln, in the Prairie State.

Christian McWhirter is a Lincoln historian at the museum. We asked him about the "Holy Land" quote. He told us that the quote "originates from an unpublished 1882 manuscript by the Rev. Noyes Miner, a Springfield neighbor and friend of the Lincolns." The manuscript resides in the museum's collection.

The two sentences are actually lifted from two different parts of the same paragraph, in which Miner discusses things Mary Lincoln has told him about her husband's plans for his post-presidential life. The first part about the "Holy Land" is from a more general description and the second sentence is actually paraphrased in your quote.

Miner's actual quote reads: "He was saying there was no city on Earth he so much desired to see as Jerusalem; and with that word half spoken on his tongue, the bullet from the pistol of the [assassin] entered his brain."

Many Lincoln scholars, however, are skeptical of this story. That it first appeared almost two decades after the fact and at least three steps removed from the source provides some reason for doubt. It also seems like an odd thing to say in the middle of enjoying a stage comedy.

More likely, Lincoln conveyed these sentiments during a better-documented carriage ride with Mary earlier that day, during which Mary herself recalls he was especially cheerful and spoke of their future.

In fact, we can't confirm Lincoln’s last words with certainty but there is a more reliable account from another Springfield friend, Dr. Anson Henry, who wrote on April 19, 1865 (only 5 days after the assassination):

"She [Mary] sat close to him and was leaning on his lap looking up at his face when the fatal shot was fired, his last words being in answer to her question 'What will Miss Harris [one of their guests in the presidential box] think of my hanging on to you so?'—'She won't think anything about it.'"

McWhirter told us that "this is still secondhand and should be handled with care." However, he said that "it is close enough to the event and the people involved that we can say he likely said it during the play, possibly as his last words."