Did US Rep. Kevin McCarthy Blame Trump for Capitol Riot?

A statement McCarthy made in 2021 came up amid a Republican stalemate to elect a new House Speaker in early 2023. 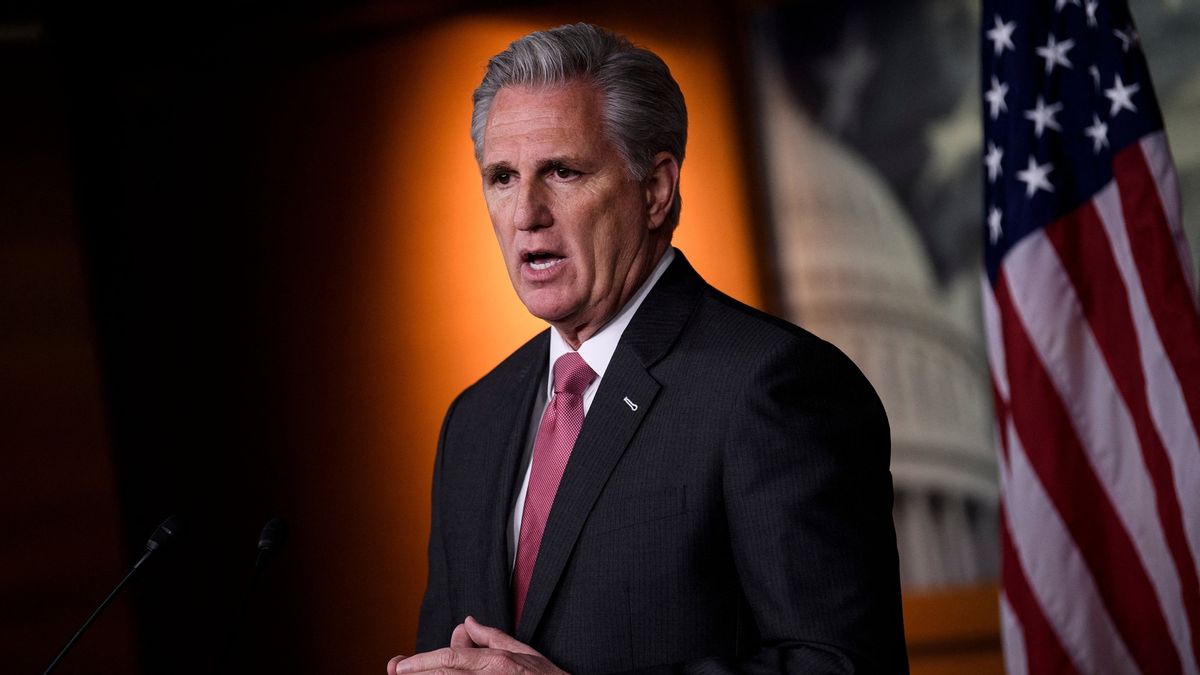 U.S. Rep. Kevin McCarthy, R-Calif., made history in January 2023 by failing to secure the votes needed in the House of Representatives to become speaker. For the first time in a century, the Republican House majority was unable to agree on who to elect as its leader, leaving the 118th Congress in an uneasy limbo.

The failure of newly elected Republicans to elect a House speaker stemmed from infighting with 20 far-right Republicans who refused through multiple rounds of votes to support McCarthy unless he met certain demands. That meant that new members weren't getting sworn-in, and the House remained in disarray, with baseline procedural actions like committee assignments and rule-making left undone.

It's in this context that some readers shared 2021 comments made by then-House Minority Leader McCarthy in the wake of the Jan. 6, 2021, Capitol riot — for example, this tweet posted on Jan. 5, 2023:

The tweet contained a video that itself contained real remarks made by McCarthy, just days after a deadly attack on the U.S. Capitol. The riot, incited by false claims of mass-scale election fraud by former U.S. President Donald Trump and his supporters, resulted in multiple casualties and nearly 1,000 criminal prosecutions.

Video of McCarthy's comments on the House floor, given one week after the deadly riot, can be viewed on The Associated Press YouTube channel here:

In those remarks, McCarthy had stated he opposed impeaching Trump for his role in inciting the riot, even though he believed Trump bore responsibility for it. Here is the pertinent portion of McCarthy's statement:

The President bears responsibility for Wednesday's attack on Congress by mob rioters. He should have immediately denounced the mob when he saw what was unfolding. These facts require immediate action by President Trump, accept his share of responsibility, quell the brewing unrest and ensure President elect Biden is able to successfully begin his term.

As of this writing, McCarthy had lost eight rounds of votes to be House speaker.

Previous Article
Next Article
Article 5 of 6 in Collection