The state’s abortion ban went into effect after Roe v. Wade was overturned. 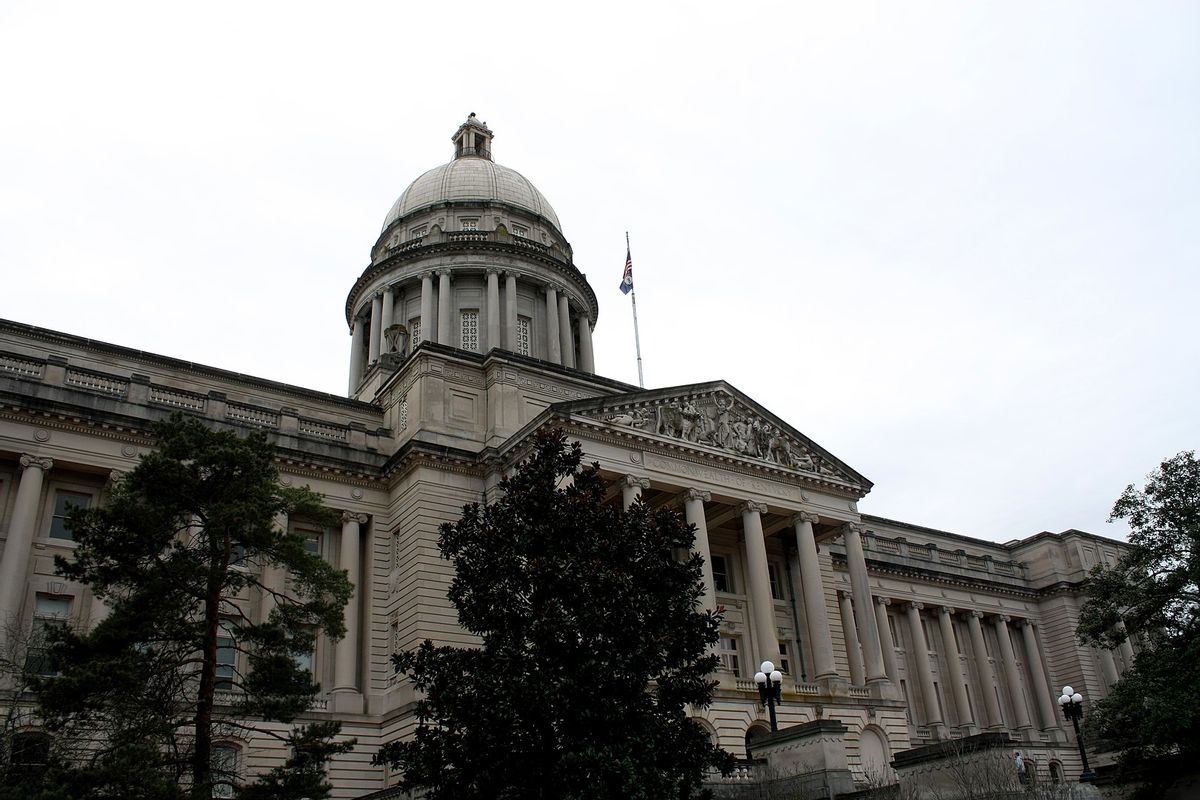 Claim:
The state of Kentucky is requiring women to submit doctor’s statements every month indicating whether or not they are pregnant.
Rating:

On June 27, 2022, a TikTok video claimed that a Kentucky law requires women to submit monthly, notarized doctor’s statements to the government stating whether or not they are pregnant. This video cites supposed legislation that was actually proposed by a Democratic lawmaker in 2019 -- as a satirical protest.

The TikTok video gained prominence because of the historic ruling on June 24, 2022, when the U.S. Supreme Court voted to strike down Roe v. Wade and Planned Parenthood v. Casey, reversing federal abortion protections that had been in place for nearly 50 years.

Kentucky was one of 13 states with so-called “trigger laws” making abortions automatically, and in some cases instantaneously, illegal once Roe v. Wade was reversed. The ACLU and Planned Parenthood filed lawsuits against these abortion laws immediately after they went into effect. Presently in Kentucky, abortion is only permitted in a few cases such as to save the life of the mother.

In March 2019, Kentucky’s governor signed into law an anti-abortion measure that would ban abortion for women seeking to end their pregnancies because of the gender, race, or disability of the fetus. The bill also banned abortion after a fetal heartbeat is detected, typically around six weeks into pregnancy, which is before most women know they are pregnant.

The screenshot being shared by the above TikTok account is of a proposed "amendment" to that bill that was submitted as a form of satirical protest by Democratic state Rep. Mary Lou Marzian. The fictional “amendment” stated:

This was never taken seriously and never intended to be put forth as an actual law. Marzian told The Associated Press that it was “Totally satire. It was an amendment, it was never heard in committee, I had no intention of ever moving it.”

Marzian added that she had filed several measures over the years to make her opponents look like (in her words) “morons,” and that she is a supporter of abortion access. In 2016, in response to legislation that would require women to receive ultrasounds and “informed consent” consultations before having abortions, Marzian filed a bill to put conditions on men’s access to erectile-dysfunction drugs. That bill stalled in committee.

An unverified Twitter account under her name also shared a clarification of the purpose behind the amendment:

Back in 2019, the same account even tweeted a response to reported trolling surrounding the amendment:

Marzian withdrew from her reelection campaign in early 2022, after three decades in the Kentucky House.

The source of this story described the amendment as satirical in nature. As such we rate this claim as “Originated as Satire.”