No, but the "Captain America" actor did once refer to the former president as a "come to life toilet." 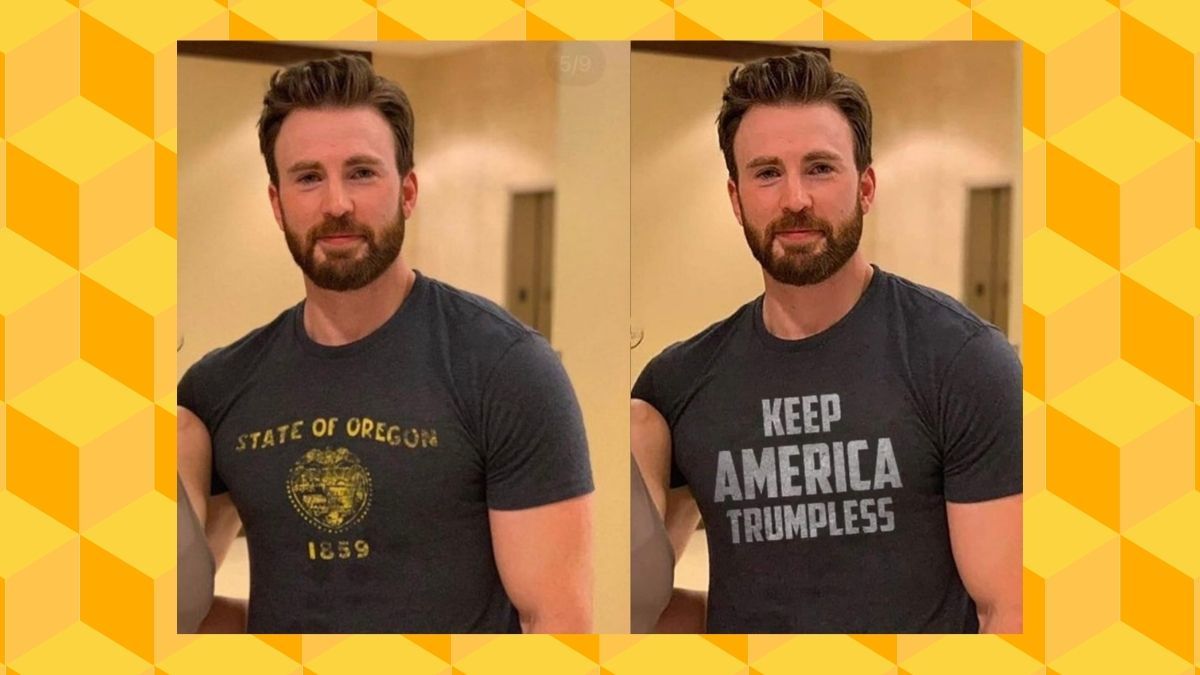 This is not a genuine photograph. This is a doctored image that was likely created as an advertisement unbeknownst to the actor.

This picture was created by doctoring a photograph of Evans that was reportedly taken in 2019 while he was at a gym in Washington, D.C. The original, which was popularized by the fan account @bestofcevans, showed the actor in a "State of Oregon 1859" shirt:

Here's a side-by-side comparison of the real photograph (left) and the doctored one (right): Doctoring fake shirts onto celebrities appears to be a common advertising tactic of internet apparel companies. The "Keep America Trumpless" shirt, for example, is a genuine product that you can buy on TeeChip. We've covered several other similar fake photographs. NFL player Aaron Rodgers, for example, didn't wear a "Stand For the Flag, Kneel for the Cross" shirt, musician Kid Rock didn't wear a "Dumbf*ckistan" shirt, boxer Mike Tyson didn't wear an "I believe in God, not in vaccines" shirt, and actor Bill Murray and author Hunter S. Thompson didn't wear "Buy Me Brunch" and "Polite as Fuck" shirts.

While the picture of Evans wearing a "Keep America Trumpless" shirt is undoubtedly fake, the "Captain America" actor may truly endorse this message. Evans has been a frequent critic of former U.S. President Donald Trump and referred to him as a "come to life toilet" after the former president made a series of baseless statements falsely claiming widespread voter fraud in the 2020 election.