We believe in genuine photographs, not doctored anti-vaccine propaganda. 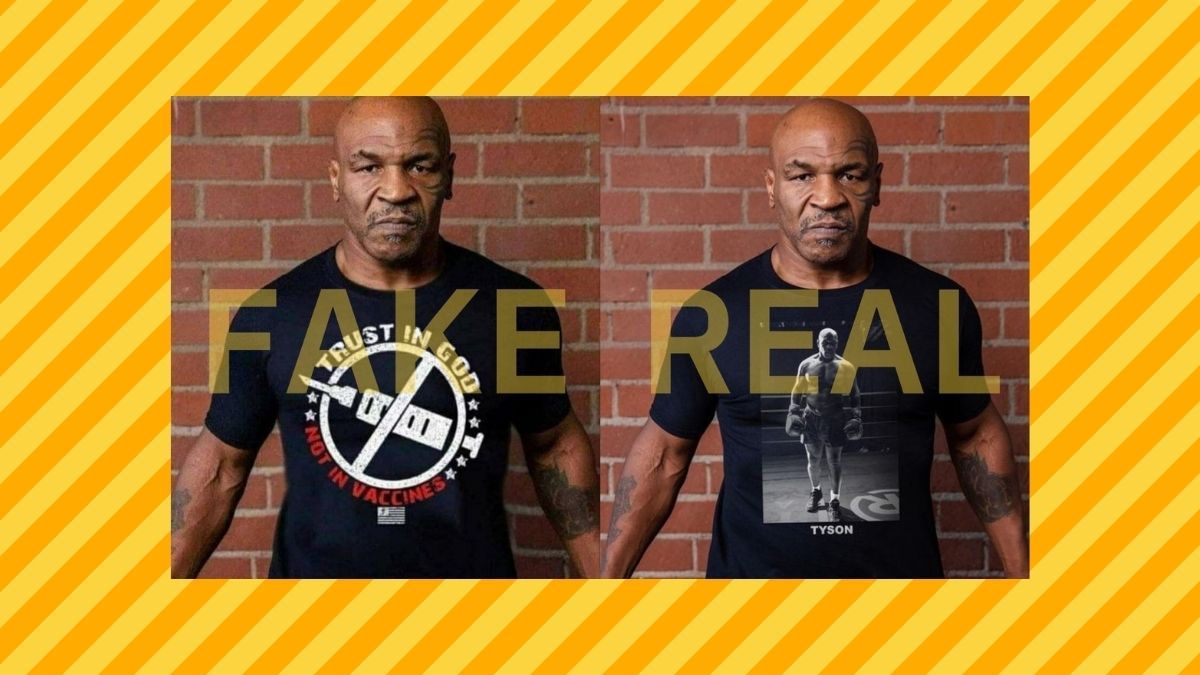 Claim:
A photograph shows former boxer Mike Tyson wearing a shirt that says "I believe in God, not in vaccines."
Rating:

In June 2021, a photo supposedly showing former boxer Mike Tyson in an anti-vaccine shirt, reading "I believe in God, not in vaccines" was widely circulated on social media: This is not a genuine photograph of Tyson in an anti-vaccine shirt.

This fake image was created by altering a photograph that Tyson posted to his Instagram page in November 2020. In the original photograph, Tyson is wearing a "Tyson" shirt from the official Mike Tyson Collection. The original picture can be seen in the following post (it is the third image in this gallery):

Here's a side-by-side comparison of the altered anti-vaccine image (left) and the genuine photograph (right): This isn't the first time that a photograph of Tyson has been altered to spread an anti-vaccination message. In April 2021, a doctored image of Tyson wearing a shirt for "Plandemic," the name of a conspiratorial video that falsely claimed the pandemic had been planned, was circulated on social media.