Did Former U.S. Rep. Trey Gowdy Suggest COVID-19 Was a Conspiracy Against Trump?

Gowdy: "We have enough going on in our country right now without propagating misinformation." 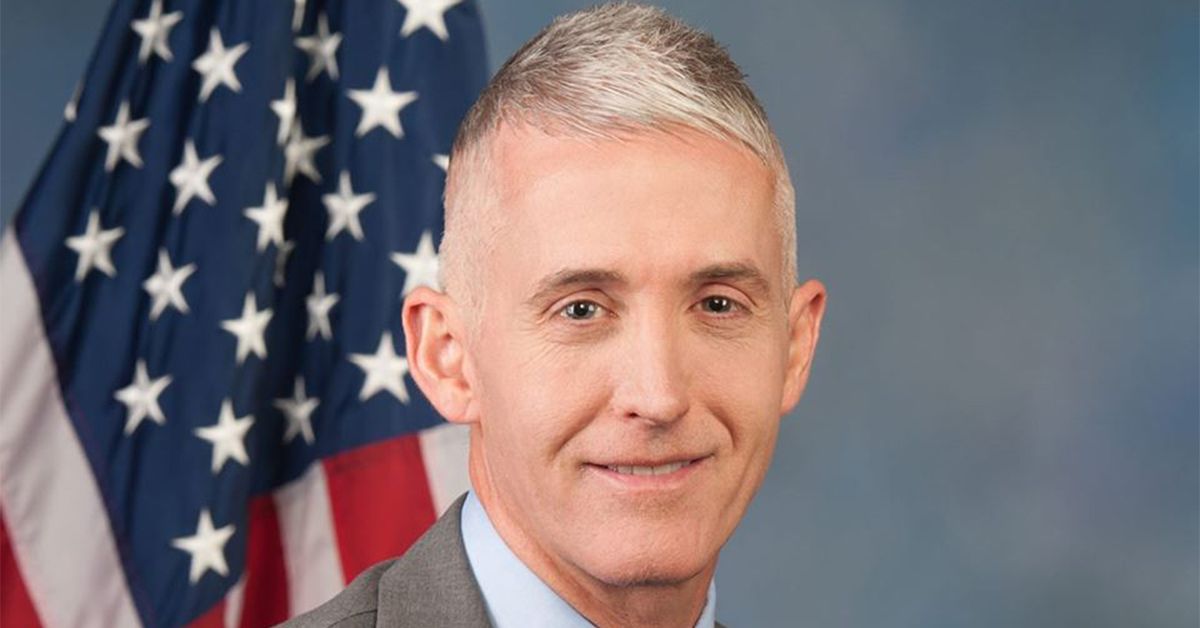 In April 2020, multiple Facebook posts reproduced a screed suggesting that the COVID-19 coronavirus pandemic was part of some political conspiracy between China and Democrats to unseat U.S. President Donald Trump, attributing the words to Trey Gowdy, a former U.S. representative from South Carolina who chaired the House Oversight Committee and the House Benghazi Committee:

"I'm not saying Covid-19 isn't rea l... But Pay attention folks, there's much more going on here than what meets the eye.

Is it a coincidence that just when the economy is booming, the stock market is setting record highs, we are winning the trade wars, school shootings have stopped, our nation is at peace, the Democratic party is a disaster and so is their likely nominee? (Biden). He hasn't a chance in hell & they're not about to let an outsider(Bernie) destroy their scheme.

It looks like Trump is a sure bet for reelection after fending off 3 years of investigations and impeachment, then all of a sudden world crisis pandemic. Stock market tumbles, companies are laying off employees, everything is closed and canceled, CEO's of giant companies are resigning and indictments are coming.

Now they say there are a couple ways a President doesn't win reelection. Those are an unpopular war or a poor economy.

But there is something larger going on here driving this sudden outbreak right after Trump beats an impeachment. Especially the fact that it (Corona Virus) originated in China who we are in a global trade war with; brought on by Trump. Let's not forget Biden's back door deals with CHINA as well.

China doesn't want 4 more years of Trump either. It all seems rather convenient for the nations and opponents of our current President and economy 5 months before an election. Couldn't have hit at a more perfect time.

With the Democrats running out of campaign talking points, in light of no school shootings, no migrant caravans at the southern border, fighting in Syria winding down, North Korea not firing missiles and Trump beating a sham impeachment. The Corona Virus gave them one last hail Mary to try and point fingers at Trump with the clock winding down in 2020.

This is almost the perfect fascist playbook. Control the population with fear-mongering and panic, control the media, spread propaganda and the fan-favorite disarm the population. Oh, and did anyone notice that while they are mad as hell at Trump for not sending aid to Ukraine, they THEMSELVES voted AGAINST giving ANY emergency aid to all Americans?

Sorry but I don't think we are all going to die. Remember when Ebola was what was going to kill us all, and the media kept showing the piles of body bags that were prepared for the fallout. Then a month later it was totally forgotten.

The common flu has killed more people this year already and the media is SILENT!

A handful of deaths out of 320 million Americans and we are in panic tearing down our society and costing our economy billions in the wake. Because the media told you to react in such a way. It all just seems fishy, a little too well-timed if you ask me."

However, we found no evidence that this text originated with Gowdy. It had been circulating online for at least a month without attribution before it came to be credited to Gowdy, and Gowdy himself posted a message of his own to Facebook on April 22, 2020, disclaiming authorship of it: "Just want to alert folks there is a fraudulent post attributed to me circulating on social media. Not the first time, likely not the last. We have enough going on in our country right now without propagating misinformation. Stay safe and strong."

Previous Article
Next Article
Article 19 of 24 in Collection