Did a Snake Wrap Itself Around a Van? 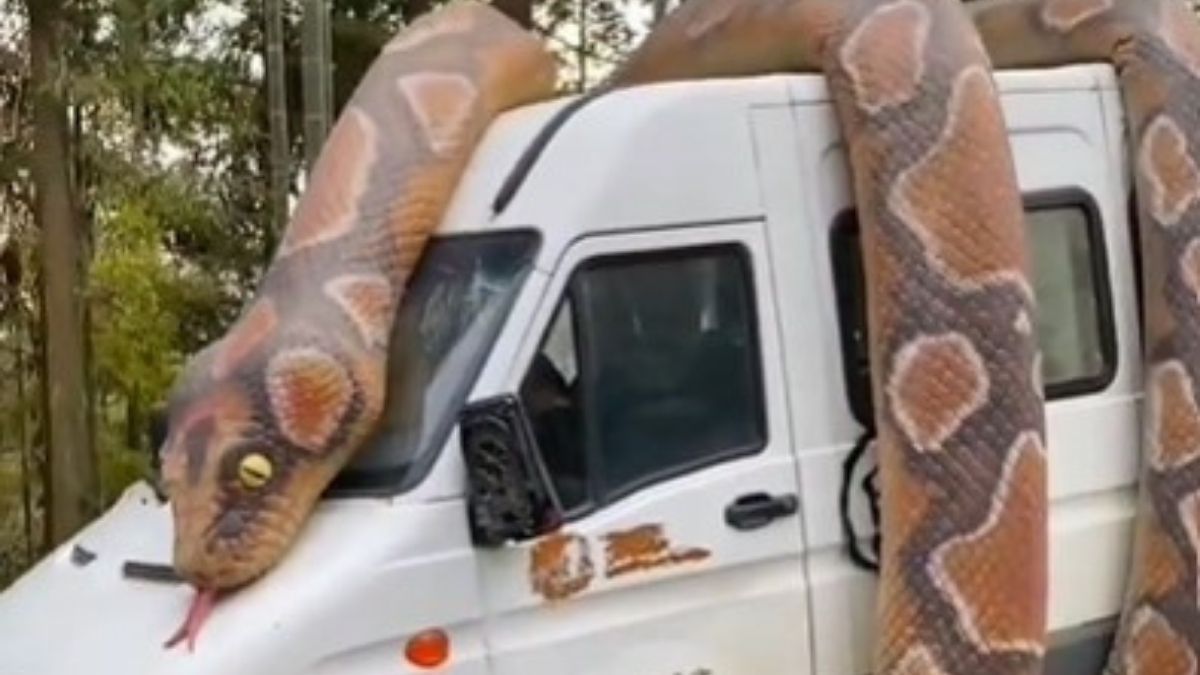 Claim:
A video shows "the world's largest snake" wrapped around a van.
Rating:

A video purporting to show an enormous snake wrapped around a van was shared on TikTok on Feb. 2, 2022, by "The Gems Family." That video, which was viewed more than 90,000 times, has since been deleted. A similar video appears below:

This video does not feature a real snake. The "snake" was created as an art installation for a zoo in China.

This video was taken at the Zhongnan Baicao Garden, a zoo and amusement park in the Zhejiang province of China. MyGoPen, a Taiwanese fact-checking website, addressed the videos showing a "snake wrapped around a van" in May 2022 after they were circulated along with claims that giant snakes and bug had emerged after torrential rains. The website reported (translated via Google):

"The giant python in the film is actually an art installation in the [Zhongnan Baicao Garden in Huzhou City, China]. In addition, there are no native pythons in Taiwan."

The park's Douyin account has posted several videos of this attraction. In these official videos, which provide a much more clear view of this alleged giant snake, it is clear that this is a man-made creation and not a genuine snake.

We were also able to find several additional videos of this installation that included visitors who were suspiciously unfazed by being in the presence of a van-sized snake, a clear indication that the snake in this video was fake and posed no danger to anyone.

This isn't the first time that the internet has been fooled by zoo installation. In 2020, we received queries about a triceratops that was supposedly found at a zoo in Indonesia. Similarly, we've debunked videos of a giant turtle on a truck bed (a movie prop) and several fake giant snake photographs.

Updated [June 7, 2022]: Article updated to note that this viral video was filmed at an amusement park and zoo in China.