Does This Photograph Show a 7-Headed Snake? 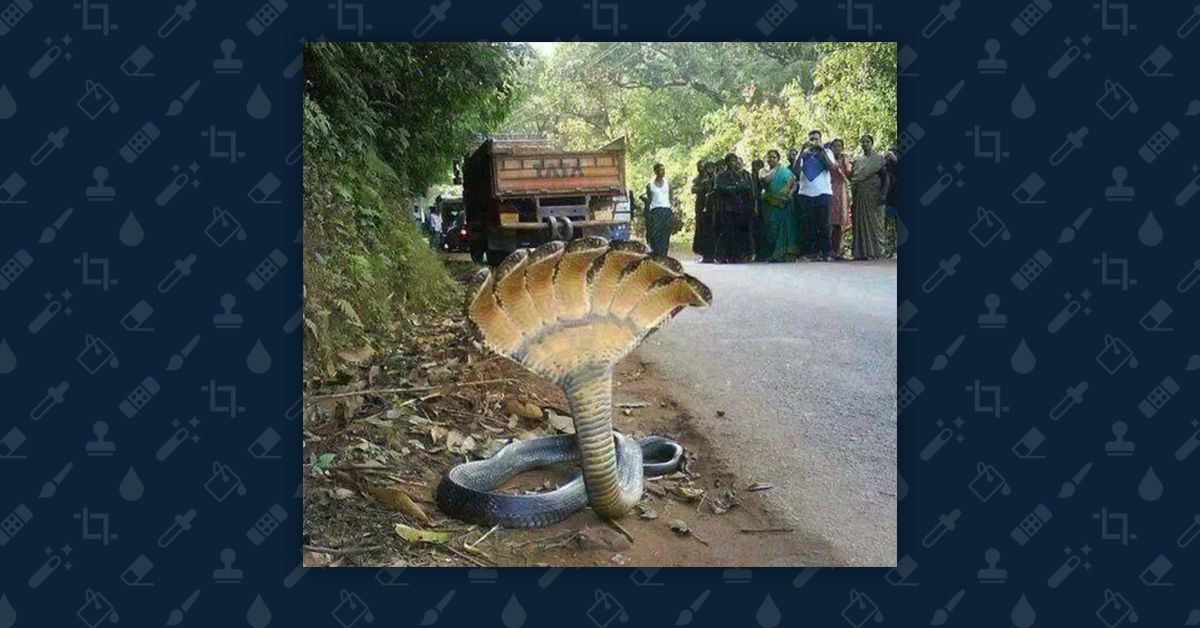 Polycephaly (i.e., having multiple heads) is a phenomenon that many different species of animal occasionally exhibit (most commonly snakes and turtles), and it is sufficiently unusual that discoveries of polycephalic animals typically become the subject of news stories:

GOD SAVE US. THIS SNAKE WAS FOUND IN THE MOUNTAINS OF HONDURAS. AND THE BIBLE SPEAKS OF A SNAKE WITH 7 HEADS AND WITH THIS WE SEE THAT IT IS FULFILLING EVERYTHING THAT IS WRITTEN. LORD HAVE MERCY ON OUR SOUL'S In general, polycephalic animals survive poorly (especially in the wild) and usually have rather short life spans, although instances of two-headed snakes surviving long enough to reproduce and live out normal lifespans have been reported.

Cases of bicephaly/dicephaly (i.e., two-headedness) are uncommon enough, and examples of tricephaly (three-headedness) are quite rare. As far as we know, no cases of live animals born with more than three heads have ever been observed, which would make the seven-headed snake pictured above a headline-grabbing phenomenon if it were real. However, the image is just a digital manipulation of an earlier digital manipulation, the latter of which was circulated in early 2012 as a photograph of a somewhat more believable (albeit equally fake) three-headed snake found in India:

That image was itself a Photoshop-modified version of an original photo of a rather ordinary single-headed snake: