A prop from a Japanese monster movie is frequently shared as a photograph of the "world's largest tortoise." 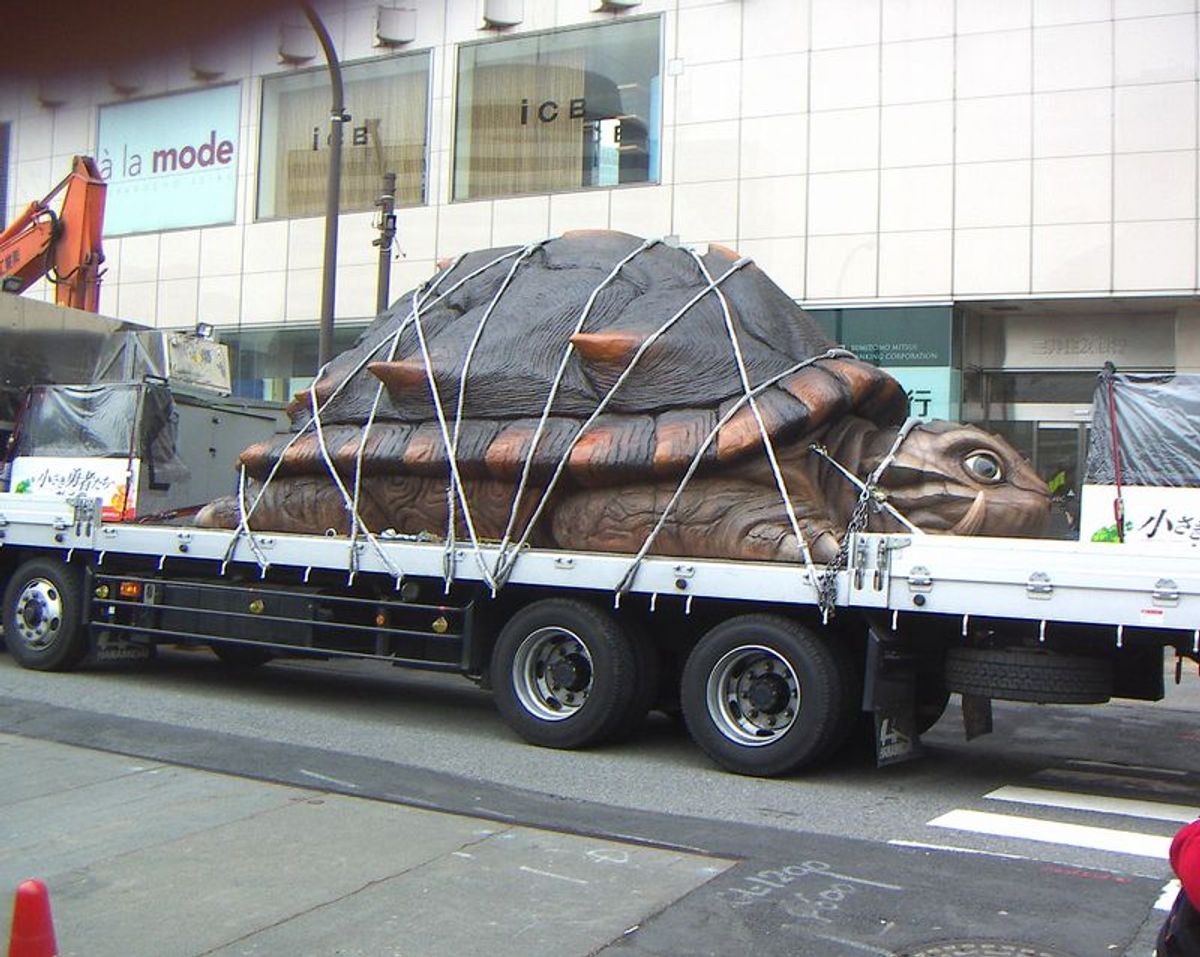 An image showing a suspiciously large tortoise has been circulating on the internet since at least 2006. While the same photograph has been attached to a wide variety of claims, the most popular backstory asserts that this photograph shows a 529-year-old tortoise that was caught in the Amazon River: Unsurprisingly, there are several problems with this claim, starting with the fact that tortoises don't live for 500 years. National Geographic has noted that the giant tortoises of the Galápagos Islands are the longest-lived of all the vertebrates, but even these animals only live for about 100 years on average. "Jonathan," a Seychelles giant tortoise thought to be the oldest land vertebrate in the world, was reportedly born around 1832.

Giant tortoises also don't keep getting larger as they get older, so even if this animal actually existed and had lived for more than 500 years, it would remain around the same size for most of that time. However, if it actually did measure 59 feet, it would weigh much more than 800 pounds: Galápagos tortoises can exceed five feet in length (1.5 meters) and reach 550 pounds, or a little more than a hundred pounds a foot.

Of course, the biggest blow to the claim that this image shows "the world's largest tortoise," is that the object pictured above is actually a prop from the 2006 film Gamera the Brave, not a living creature.  An article published by SciFi Japan in March 2006 reported that the model of Gamera was about 15 feet long (not 59 feet):

Filming for GAMERA THE BRAVE began with location shooting in Iseshima on July 9, 2005. For two days, the crew filmed scenes of a full-scale, 15 foot-long prop of the unconscious Gamera being transported on a flatbed truck. Despite bad weather that included intermittent but strong rains, the shoot went smoothly and set a good precedent for the rest of the production.