Is Dickman's Horsefat Spread a Real Product from the 1950s? 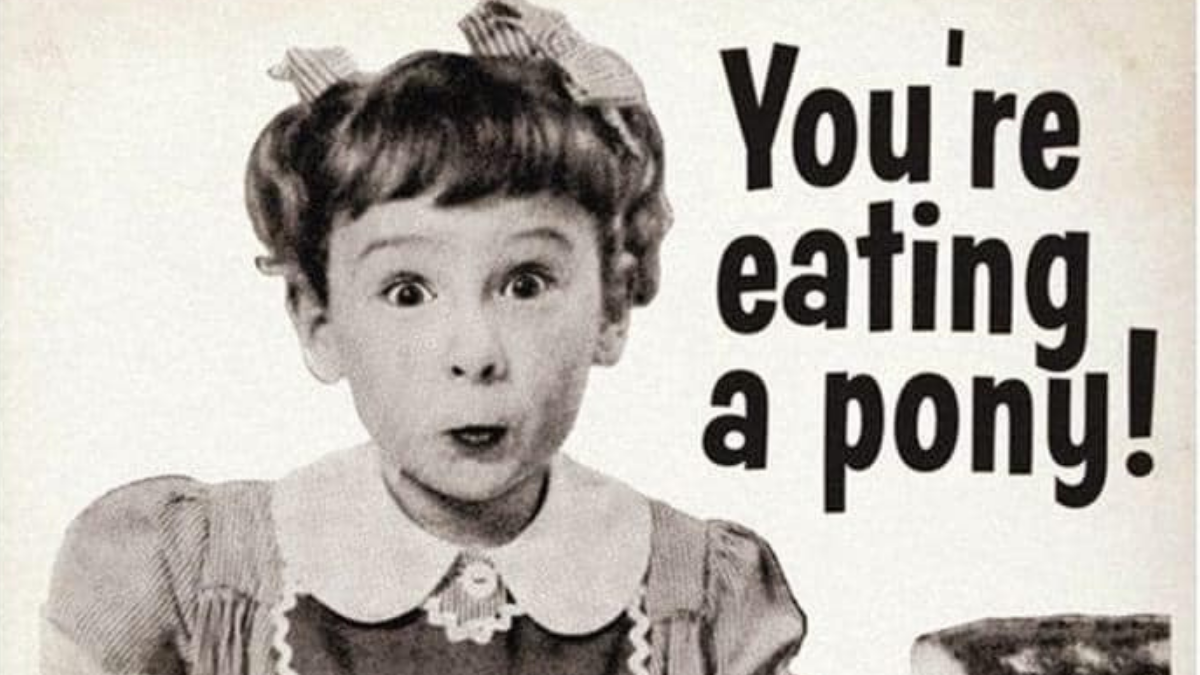 Cris Shapan is a comedian and graphic designer with a penchant for creating altered vintage advertisements. We've covered several of Shapan's pieces in the past, including ads for "Winking Glue," "Cadmium-Enriched Meat Softener" and "Boned Rolled Pig." In February 2022, another one of Shapan's artworks started to go viral on social media. This time, a "vintage ad" supposedly showed a "Dickman's Horsefat Spread": This is not a genuine advertisement. This is a comedic work by Shapan.

(Note: The image in this article is a bit smaller than the version on Shapan’s Facebook page, which may make it a bit difficult to peruse all of the text. If you find these vintage ads humorous, you may want to view the image direct from the source so you can read all of the ad copy.)

Shapan created this fake advertisement back in 2016. Here's the original post:

Here's a look at the original advertisement (left) and Shapan's creation (right):