Did CNN Report That Antifa Took Responsibility for US Capitol Riot?

A crudely doctored screenshot, complete with glaring spelling errors, was part of a broader effort to falsely link left-wing activists with the pro-Trump attack on the U.S. Capitol. 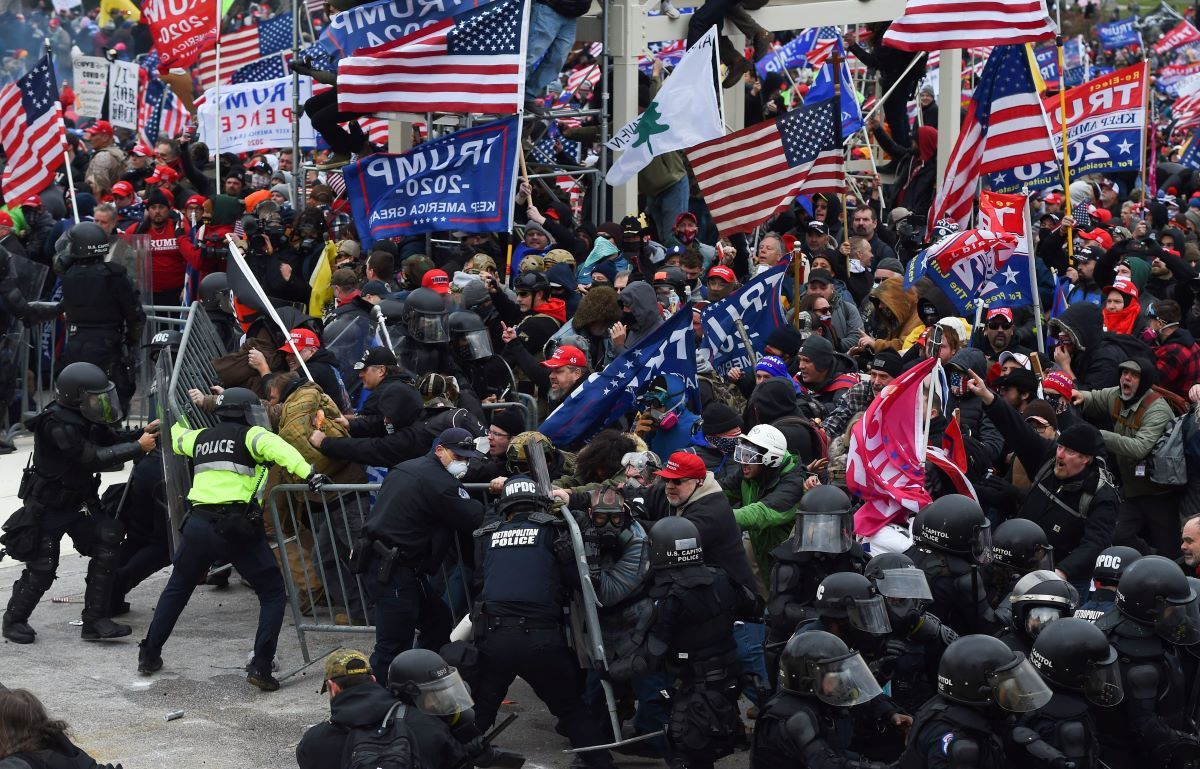 In the aftermath of the Jan. 6, 2021, attack on the U.S. Capitol by supporters of then-U.S. President Donald Trump, social media users shared and promoted a screenshot which indicated that CNN had, at one point, reported that members of the left-wing movement antifa (short for anti-fascist) had claimed responsibility for the assault.

The screenshot was presented as being taken from a CNN broadcast and included the following chyron (on-screen caption): "ANTIFA HAS JUST TAKEN RESPONSIBLITLY [sic] FOR STORMING CAPITAL [sic] HILL." As an illustration of the meme's popularity on Facebook, the following shows just a selection of posts featuring the supposed CNN chyron: In reality, CNN did not report that antifa has "claimed responsibility" for the attack, and the chyron was crudely doctored, complete with glaringly basic spelling errors ("responsiblitly" for "responsibility" and "Capital" for "Capitol.")

The original source of the edited chyron was a moment during CNN's live coverage of the riot at 2:13 p.m. EST on Jan. 6, 2021. Video footage of that section can be found in CNN's live blog of the day's events, under the entry posted at 3:32 p.m. EST. The following screenshot shows the original broadcast footage, which was subsequently doctored to include the fake "antifa" chyron: The Jan. 6 attack on the Capitol prompted the second impeachment of Trump and has severely damaged the credibility and reputation of Trump supporters who subscribed to baseless and inflammatory conspiracy theories that President Joe Biden's election victory was invalid or fraudulent.

As a result, some of those conspiracy theorists have since attempted to distance themselves from the unprecedented assault on the U.S. Congress by falsely claiming it was instead instigated, led, or conducted by left-wing agents provocateurs, in particular antifa.

Those claims were false, as Snopes reported on several occasions in early 2021. The fake CNN chyron was part of the same broader effort and was intended to give a veneer of credibility to unfounded reports of antifa involvement in the deadly rioting. That artificial credibility may have been easier to achieve were it not for two glaring spelling errors in the crudely fabricated chyron.