Was a Giant Blue Whale Spotted Near Jennette's Pier?

An image purportedly showing a giant blue whale sighted near Jennette's Pier in North Carolina is actually a composite of at least two different images. 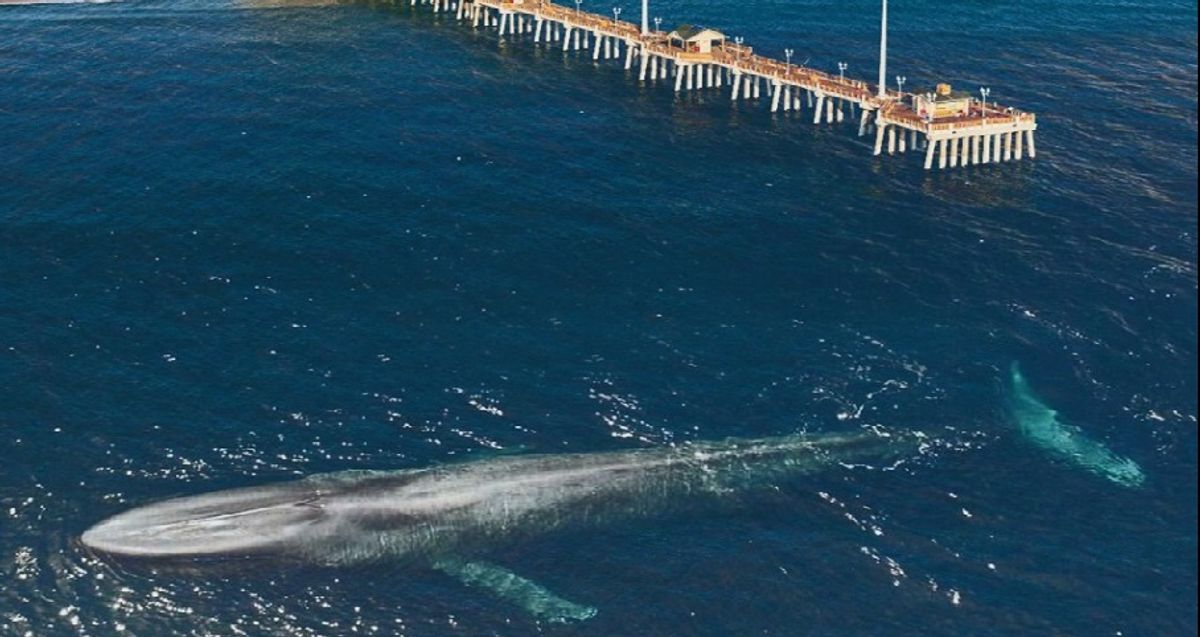 Alex Lex is a photographer and digital artist whose work often focuses on the shoreline of North Carolina. This talented graphic artist's creative works have often been mistaken by viewers for straightforward photography, such as a doctored image of a giant wave crashing down on Jennette's Pier, and a digitally created image of a "monster shark" washed up on the beach.

Another one of Lex's artworks was mistaken for a genuine photograph in August 2018 when some social media users marveled at the size of a blue whale purportedly spotted near the famous North Carolina pier:

This is not a genuine photograph of a giant blue whale near Jennette's Pier, but rather a composite of at least two different images:

The image on the left shows Jennette's Pier in North Carolina, while the image on the right was reportedly taken during a whale watching tour in California. Mark Girardeau shared footage of the latter encounter on YouTube in July 2016 and wrote in the description that the whale was about 90 feet long: The blue whale is the largest animal on earth and can truly grow to be in excess of 100 feet in length. These marvelous creatures have been spotted off the coast of North Carolina, but the viral image seen here is actually a composite created by Alex Lex from an image of Jennette's Pier and a second photograph of a large blue whale spotted off the coast of California.