An image purportedly showing a 30-foot wave crashing down on Jennette's Pier in North Carolina is a digital creation. 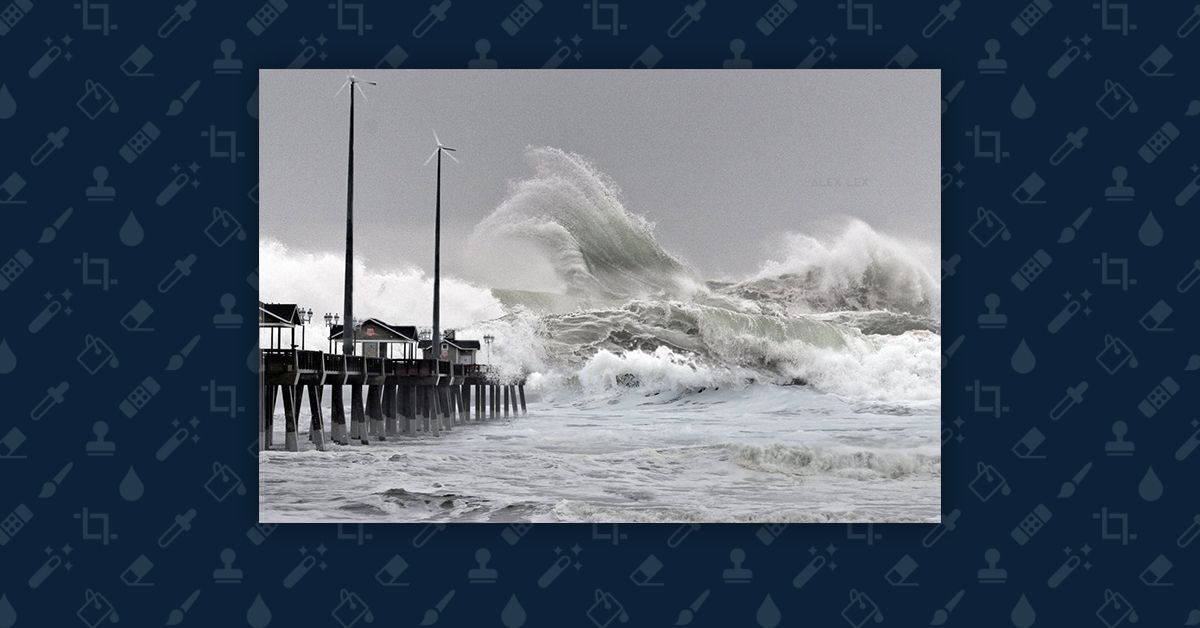 A photograph purportedly showing a 30-foot wave crashing down on Jennette's Pier in Nags Head, North Carolina was circulated on social media in September 2017 as Hurricane Jose approached the east coast of the United States: This is not a genuine photograph. This image was created by photographer Alex Lex, and a faint watermark can be spotted in the upper-right corner of the image (circled in red in the image below). Although Lex presented this image as if it were genuine when he posted it to his Facebook page, this image has been manipulated.

This image may appear authentic at first glance, but a closer inspection revealed one glaring error: A calm horizon line can still be seen beneath the pier. If this wave truly was crashing down on Jennette's Pier, it would be impossible to see the horizon (as it would require the waves to the left of the pier to be invisible): Furthermore, the "30-foot" wave shown in this image was actually taken from a second photograph. Ferenc Sohajda took the original wave photograph, which he uploaded to Flickr in 2010, saying he captured the image off the coast of India.

Here's a comparison of the fake Jennette's Pier photograph (left) and the original wave photograph (right):

Jennette's Pier explained on Facebook the viral picture did not accurately depict the waves that hit the pier during the storm:

Hurricane Jose -- The worst of the storm is brushing past the Outer Banks and we're experiencing high winds, waves and ocean over wash in several places along N.C. 12 in Nags Head. Ocean waves are not, however, crashing over the end of the pier as portrayed on social media by a local photographer. We hope the ESA Championships will restart this week as soon as things calm down.