Did a Huge Shark Wash Up on a North Carolina Beach?

An image purportedly showing a large shark on a Kitty Hawk beach is a composite of at least two different photographs. 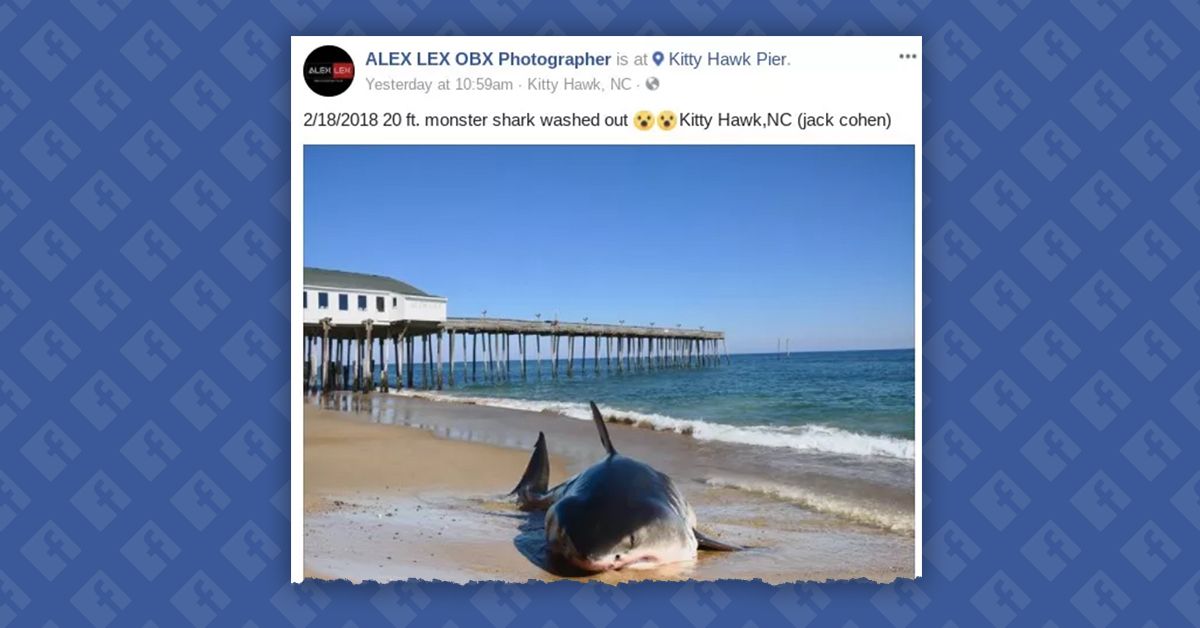 Claim:
A photograph shows a twenty-foot-long shark that washed up on a beach in Kitty Hawk, North Carolina.
Rating:

Digital artist Alex Lex's Facebook page is full of surreal images showcasing exotic animals in various locations around North Carolina. Regular visitors to the site are likely aware that these images are digital creations, not genuine photographs, but the realistic qualities of the work can easily fool the uninitiated.

That was exactly the case on 18 February 2018, when an image was posted showing an enormous shark that purportedly washed up on a North Carolina beach: This post was shared tens of thousands of times and many viewers unfamiliar with Lex's body of work believed that this was a genuine photograph.

However, that was not the case. This is a composite of at least two different photographs. The image of the shark was taken by photographer Jack Cohen in September 2015: Hi everyone, this guy is ripping off my original shark photo and trying to take it as his own. It is now going viral and any help you can lend in commenting on his photo that I am the original photographer and that this is copyright infringement would be really appreciated! Thank you!

In September 2017, Lex posted an image purportedly showing a terrifyingly huge wave crashing down on Jennette's Pier during Hurricane Jose; that image, too, was fake.