Osama bin Laden wasn't exactly known for having an affinity for popular culture. 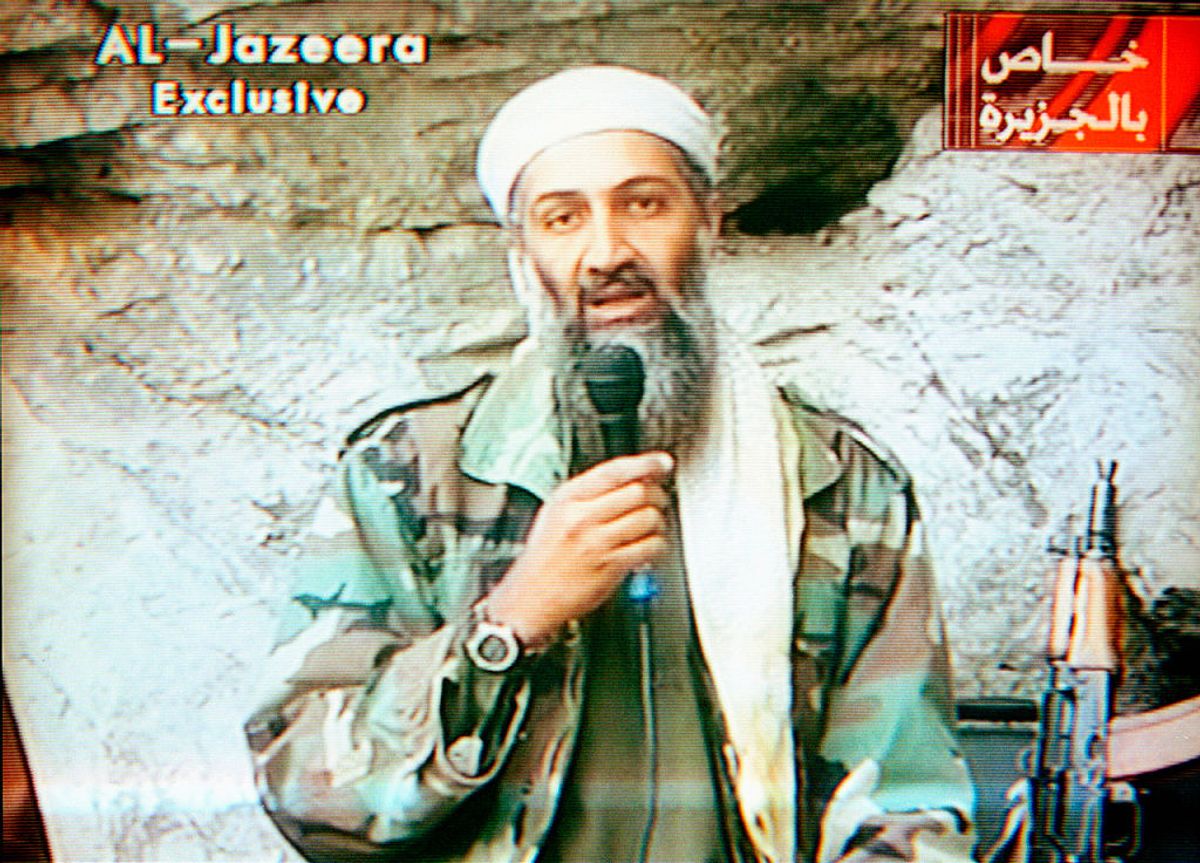 A video supposedly showing the mastermind behind the 9/11 terrorist attacks in the U.S., Osama bin Laden, singing Lady Gaga's "Poker Face" has circulated online for several years. The video is frequently shared along with the caption: "Osama Bin Laden Sings Lady Gaga's 'Poker Face' in Last Days on the run":

This is not a genuine video of bin Laden singing "Poker Face."

This video was created by Alison Jackson, an artist and photographer known for using look-alikes to depict famous celebrities and politicians in compromising situations. We've previously covered some of her other work, such as this fake photograph of Bill Clinton getting a massage, or this image of President Donald Trump getting a spray tan in the oval office.

In June 2011, a few months before the above-displayed footage went viral, Jackson shared this footage to her Facebook and YouTube pages:

She uploaded another video presumably featuring the same look-alike actor that supposedly showed bin Laden and his favorite hair-care product: L'Oreal. Jackson wrote: "Watch recently discovered footage of America's former most-wanted man on the run — is this an unexpected vain side to the Al-Qeuda leader?"

Here's how these "mental images" are described on Jackson's website:

"Alison Jackson is renown for her explorations into how photography and the cult of the celebrity have transformed our relationship to what is ‘real’. Her notorious photographic portraits, life-like sculptures, films and videos are startlingly realistically staged affairs that cast uncannily styled actors into an entirely fathomable projection of a future that could have been; or the intimate, often salacious, imagined private moments of media icons such as Diana Princess of Wales, the Queen of England, Marilyn Monroe, George Bush, Brad and Angelina, and David Beckham. Jackson’s productions stress-test the implicit belief that a photograph can capture a frozen moment of ‘truth’."

‘At best, a photograph of a celebrity reproduces something authentic only at the very moment the shutter clicks’ says the artist ‘yet we have been teased into giving these moments an absolute and unquestioned authority. However, what we actually do is create a narcissistic circle where we assert our control over the object of desire: we transform our celebrities into what we want. This whole projective process is further exaggerated by our capacity for fantasy and the inherently titillating nature of the image of a celebrity like Marilyn in flagrante. In this way, my productions, charged with desire, have become more real than the real life model they are based on, evolving into a ‘mental image’ rather than a direct record of reality.’

Jackson’s staging, her subversive form of social commentary which has its historical roots in artist William Hogarth, strips away the veneer of PR and hype that prop up the celebrities that come under her scrutiny. Unlike the paparazzi photo, where the actual real celebrity is caught on film in a frozen moment in time, Jackson’s productions – where the likenesses are recognisable – use the celebrity aura to address a deeper universal lineage, the archetypal characters that define the history of human identity and the often humorous struggle of how they cope in the age of mass mediation.