Does This Photo Show Trump Getting a Spray Tan? 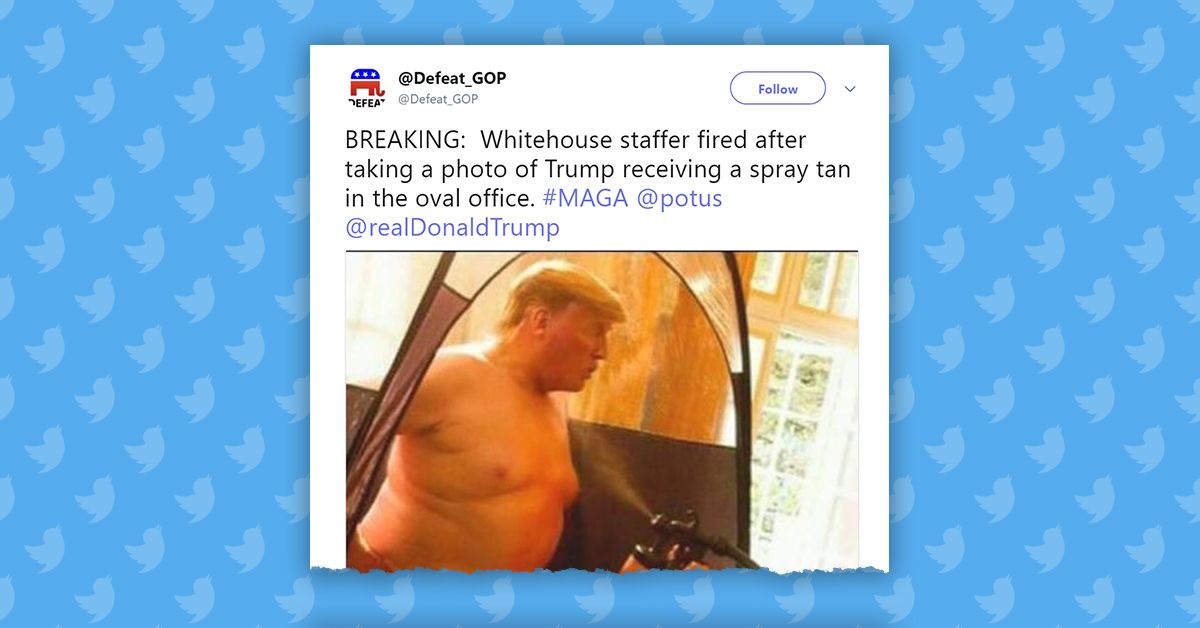 Claim:
An image shows President Trump getting a spray tan in the Oval Office.
Rating:

An image purportedly showing President Donald Trump receiving a spray tan while nude in the oval office was widely circulated on social media after it was posted by the Twitter account @Defeat_GOP on 14 October 2017: The man in the image is not Donald Trump. This photograph was taken by Alison Jackson, an artist known for using celebrity lookalikes to create staged paparazzi-style images. A description of Jackson's work appears on her web site:

Alison Jackson is renowned for her explorations into how photography and the cult of the celebrity have transformed our relationship to what is ‘real’. Her notorious photographic portraits, life-like sculptures, films and videos are startlingly realistically staged affairs that cast uncannily styled actors into an entirely fathomable projection of a future that could have been; or the intimate, often salacious, imagined private moments of media icons such as Diana Princess of Wales, the Queen of England, Marilyn Monroe, George Bush, Brad and Angelina, and David Beckham. Jackson’s productions stress-test the implicit belief that a photograph can capture a frozen moment of ‘truth’.

England, Charlotte.   "British Artist Continues to Publish Spoof Photos of Donald Trump Despite Risk of Being Sued."     The Independent.   10 December 2016.