Following the alleged hacking of Hunter Biden's iCloud account, a tweet falsely claimed that pictures showed his father, President Joe Biden, naked with his own daughter. 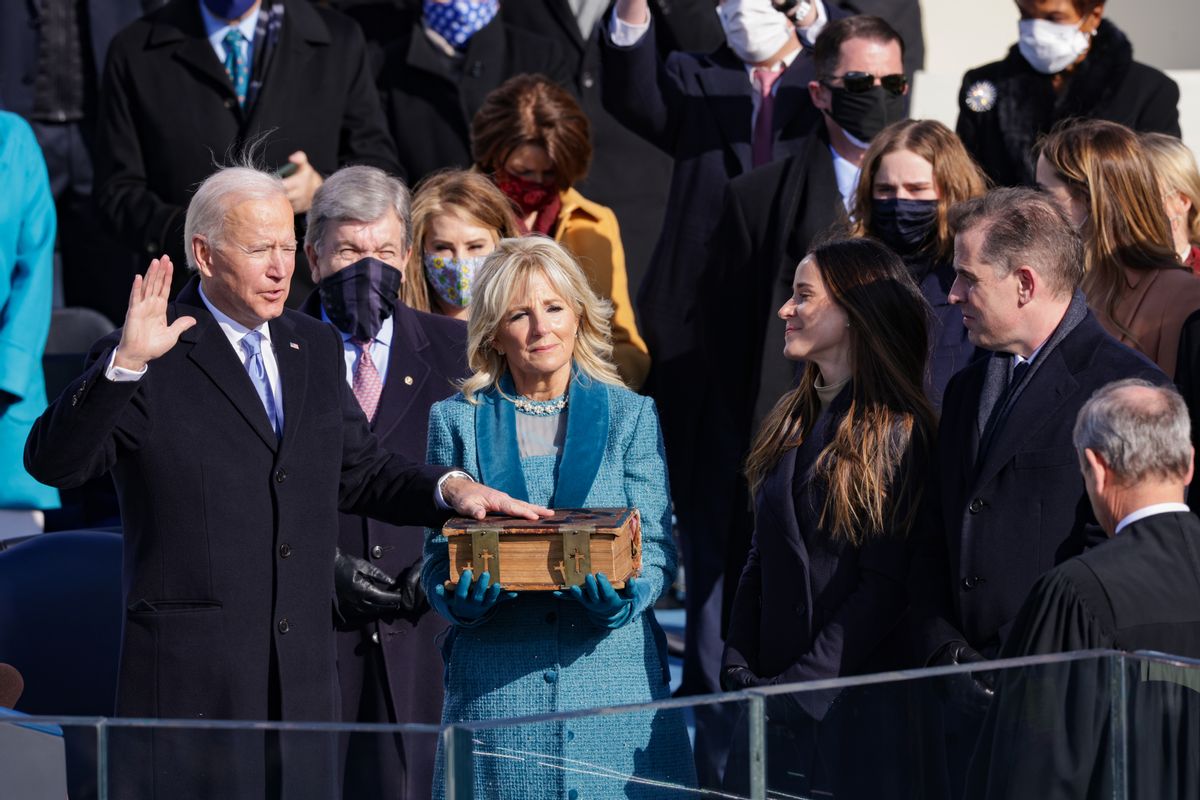 Claim:
Pictures from a video show U.S. President Joe Biden and his daughter, or another young girl, naked together.
Rating:

In July 2022, we looked into a rumor that involved Twitter users falsely claiming that still images captured from a video showed U.S. President Joe Biden naked, apparently engaging in some sort of sex trafficking or prostitution with a young girl. The tweets were posted in the aftermath of an unverified report that the iCloud account of Hunter Biden (Joe Biden's son) had been hacked and its contents distributed online.

According to the misleading tweets, the blurry pictures showed Joe Biden either "showering" with an underage girl or engaging in some sort of pedophilic sex act. At least one viral tweet claimed the girl in the images was Biden's own daughter Ashley. However, the truth was that neither person in the video was a member of the Biden family. Neither the photos nor the video they came from show Biden or any other member of his family.

One tweet from @PartFuck displayed the pictures and said, "The President of the United States showered with his daughter and people on this app still blindly follow him." Another tweet from @Jordon2332 also showed the images and read, "Mainstream media isn’t talking about this so share this everywhere!"

A reply to one of these tweets revealed the true source of the pictures and the real reason why the "mainstream media isn't talking about this."

The images of the old man and young girl were posted on Twitter with the additional caption, "So now you know why they wanted to have the laptop disappear. Hunter's laptop. This guy looks familiar. Hmmmm."

The caption referenced a laptop and showed a blurry April 2022 date, which indicated that this was not a brand new rumor in July. Why were the images of the naked old man and young girl reposted in July? The answer was simple.

The tweets went viral and received thousands of engagements following the spread of a rumor in July that a 4chan user had allegedly hacked Hunter Biden's iCloud account. The purported hack supposedly made available around 450 GB of files from an iPhone and iPad associated with the president's son. The reference to a laptop referred to a previous set of claims about Hunter that we'd covered many times before.

Our original story laid out the rumors surrounding the alleged hacking of Hunter’s iCloud account. It was published one day before this fact check was written. At the time, we published the following advisory for readers:

We previously debunked other claims that surfaced in the aftermath of the news that Hunter Biden's iCloud account had allegedly been compromised. One rumor was about former first lady Melania Trump and the other one involved a picture of underage girls.

In sum, no, images from a video did not show Joe Biden naked and showering or engaging in a sex act with an unidentified underage girl or his daughter Ashley.

---. “Did Hunter Biden Say Controversial Laptop ‘Could Be’ His?” Snopes.com, 6 Apr. 2021, https://www.snopes.com/fact-check/hunter-biden-laptop-could-be-his/.