Online Photo Does Not Show Hunter Biden with Underage Girls

Following the alleged hacking of Hunter Biden's iCloud account, a picture was passed around that showed a man on a couch surrounded by five young girls. 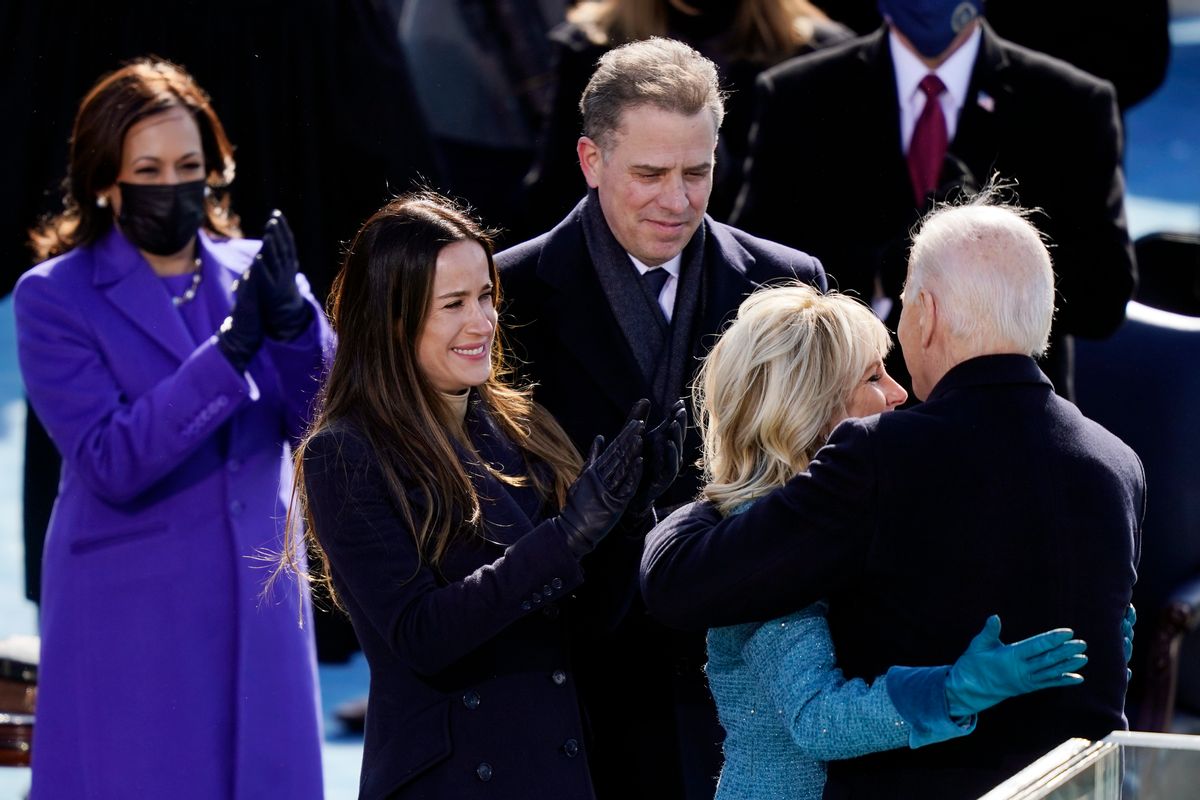 Claim:
A picture from an alleged iCloud account hack of Hunter Biden shows him lying shirtless on a couch while being surrounded by five young girls.
Rating:

The photograph in question was circulating online months prior to the alleged iCloud leak and was originally shared without any claim that it was related to Hunter Biden.

In July 2022, conspiracy theorists passed around a picture that supposedly showed U.S. President Joe Biden's son, Hunter Biden, lying shirtless on a couch next to a window while surrounded by five underage girls and two dogs. However, in truth, there was no evidence that the picture showed Biden's son, nor did any data point to the photograph having come from a recent alleged iCloud account hack. In the picture, five young girls who are fully clothed are sitting around a man who is lying shirtless on a couch.

According to social media posts, the image was recently leaked as part of a data dump after a 4chan message board user allegedly hacked Hunter Biden's iCloud account. The purported hacking was said to have accessed around 450 GB in files that came from iPhone and iPad devices that he either owned or used to own. Data from Google Trends showed that some users may have been looking for more information about this particular photograph with queries about sex trafficking and prostitution.

Several simple Google searches led to us to a thread on Reddit that debunked the conspiratorial claim about the picture. The claim was that the photograph showed Hunter with five young girls and that it had just been leaked days earlier. However, comments in the Reddit post cited evidence that the photograph had previously been posted at least months earlier in a thread about a man who was not identified as Hunter Biden. We reviewed a thread and verified this information on the Fuuka imageboard archiver on warosu.org.

The Reddit thread was later removed by the moderators of r/conspiracy_commons, perhaps after it was revealed in comments that the photo had nothing to do with the president's son. Additionally, we noticed that at least one conspiratorial tweet about the miscaptioned picture that was posted by @WEFareCriminals also disappeared.

After this fact check was published, we received more information from a reader that indicated the photo had previously been posted on 4chan as far back as October 2018.

In our original story that laid out the rumors surrounding the alleged hacking of Hunter's iCloud account, we published the following advisory for readers:

In sum, no, a picture of a shirtless man lying on a couch while surrounded by five underage girls and two dogs did not show Hunter Biden, nor did it come from the alleged July 2022 hacking of his iCloud account.

For further reading, we previously reported on another photograph that supposedly came out of the iCloud story. In this instance, the picture supposedly showed former first lady Melania Trump posing in a bedroom with Hunter. However, this photograph had been doctored.

On July 14, 2022, we received new evidence from a reader that showed the picture in question was posted as far back as October 2018.